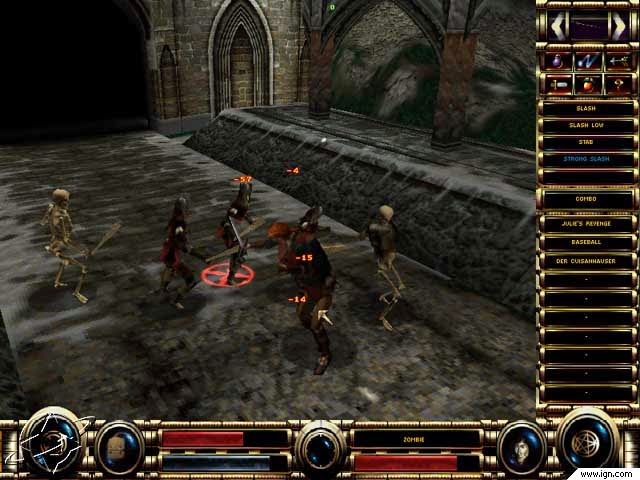 Soulbringer came out about fourteen years ago. That had me thinking in a few directions at the same time. The first would be that fourteen years ago I was using CRT monitor… in technology terms it’s a lifetime ago? Games like Black Isle’s Balder’s Gate II and Icewind Dale were coming out on PC and in the console world Square’s Final Fantasy IX was lighting up the charts and the Sony PlayStation 2 was being launched. It was a good year all around. It was that year that Interplay (the original Fallout IP owner and owner of Black Isles) published Soulbringer, a game quickly lost to obscurity; I wasn’t even aware it existed until its re-release on Steam.

Straight off the bat, trying to get an older game like this to run on a new Windows 7 computer was like going on an epic journey over a snowy mountain and through a cave filled with dragons; and not the kind of weak flying lizards of Skyrim. We’re talking the kind of dragons that can toast you simply by looking at you. We’re talking Smaug.

I digress. The epic quest started when I clicked on play. Crash. Well that makes sense, it’s Windows 7 and a 64-bit machine and game is fourteen years old. I’ll just adjust the compatibility. I set it to run Windows XP. Crash. Ok… now what? Set compatibility to Windows 95/ME (remember those?), no luck, missing DLL files. Would I ever play this game? I didn’t have much of a choice, my editor can get pretty mad when I don’t review games I’ve been assigned (so… does that make me the dragon? – ed) After hours of trial and error I resurrected my eight year old (and dying) laptop running Windows 7 32-bit. After some more messing around it finally worked and I could start playing… 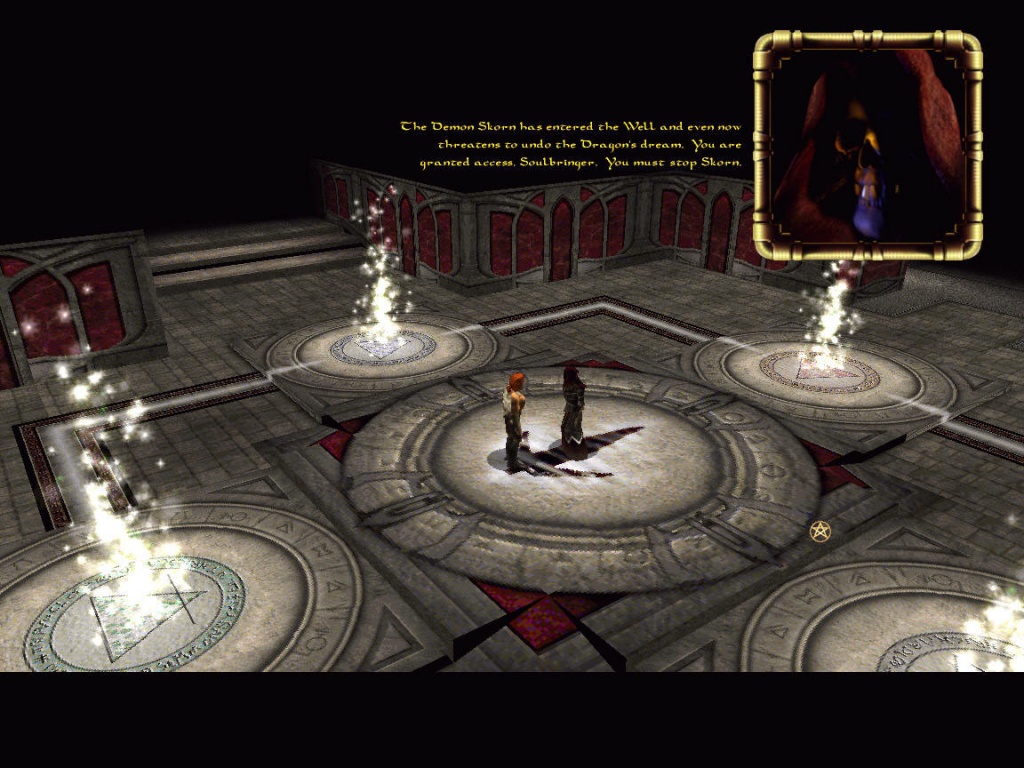 Oh dear… it looked hideous. Fourteen years old sounds about right, really, though it must be said that other 14 year old games have an aesthetic that is still appealing today. Think Final Fantasy IX. This one does not.

A point to be made here: if you are going to re-release a game, make sure that it can run properly on gaming machines today. The visual representation on a whole wasn’t designed for widescreens or larger resolutions but should have been modified to support it. Other games have done it, or at least been emulated in such a way that they play “as is” the experience of yesteryear (DOSbox is a wonderful thing). Releasing a PC game from over a decade ago as is, and expecting it to magically work on people’s computers is a poor decision, to say the least.

In terms of storyline the game starts off like a lot of the classics did: your father died and with his last words sends you off to find your uncle. The people of the village think that your uncle is crazy and refuse to believe that you’re even who you say you are. Ignoring their advice (because really who listens to random townspeople?) you set off outside the village walls and wander through bandit infested territory to find your last remaining family member. From that remarkably cliched start the story itself does nothing that hadn’t been done before; it’s generic even considering that it’s an older title. The dialogue is awkward and the choice of words are mundane. 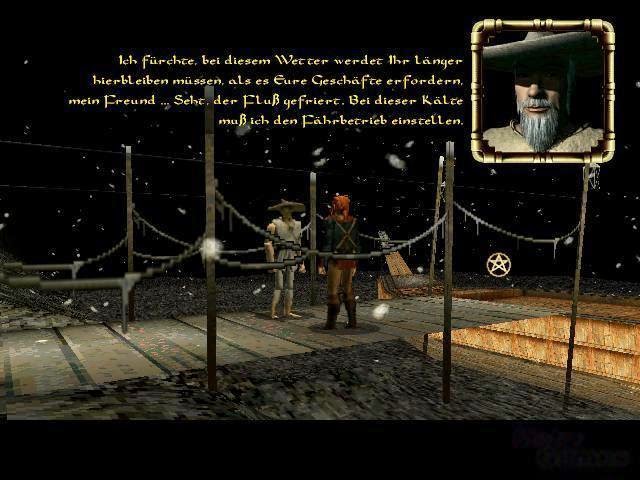 The plot isn’t the only thing that reminded me that this is a 14 year old game. The camera angles are absolutely terrible. The text, of which there is a lot of it because this is an RPG, without even taking the resolution issues from playing ancient games on modern screen resolutions into consideration was terrible on the eyes. It was coloured yellow like an old Geocities webpage and it was in italic. This made wading through the menus a painful experience, but thankfully, even though the dialogue was not the best it was at least voiced so you didn’t have to read.

The rest of the controls are just as unintuitive and as frustrating as the camera system. I saw the game over screen multiple times (sadly even on the very first enemy) while trying to figure out exactly how I was supposed to attack. If anyone has ever played Revenant, published by Eidos which came out in 1999, it had an incredible combat system in which you could intuitively do pretty much anything; slash, thrust, parry, block, dodge, and all these commands were mapped to the keyboard while moving around with the mouse. Soulbringer tried to do that, without actually telling you. This game comes from a time before tutorials where players needed to read manuals, and there is nothing anywhere in-game that gives you any instructions on how to perform anything.

The levelling system features a a point distribution structure and players can choose the character development path they wished to follow. Sadly, along with everything else, not much is explicitly explained. Stats include Strength, Speed, Combat, Health, and Magic. Wait. Combat? If there’s a stat for combat, what’s Strength for? It turns out Combat gives you more moves to perform during a fight. It’s almost as if the designers figured that if you’ve played one fantasy setting game you’ve played them all and so they can throw obscure statistics at you and you’ll just guess what they’re there for. 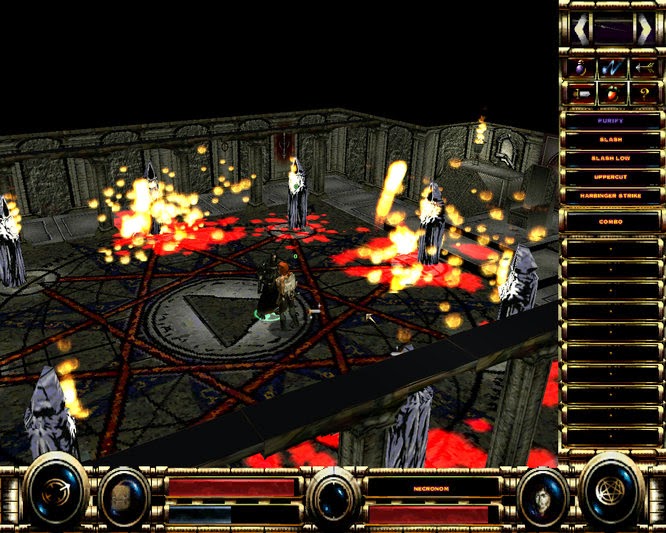 I tell you what, after playing Soulbringer I’m never again going to complain that a modern game holds your hand a little at the start. Thank the makers for hand-holding, is what I now believe.

Overall, when compared to the quality of other games under Interplay’s banner, I had been expecting to be blown away by this game. Instead it was a buggy, unresponsive, unintuitive, frustrating experience. Let’s call it the Ed Wood of video games and be done with it.