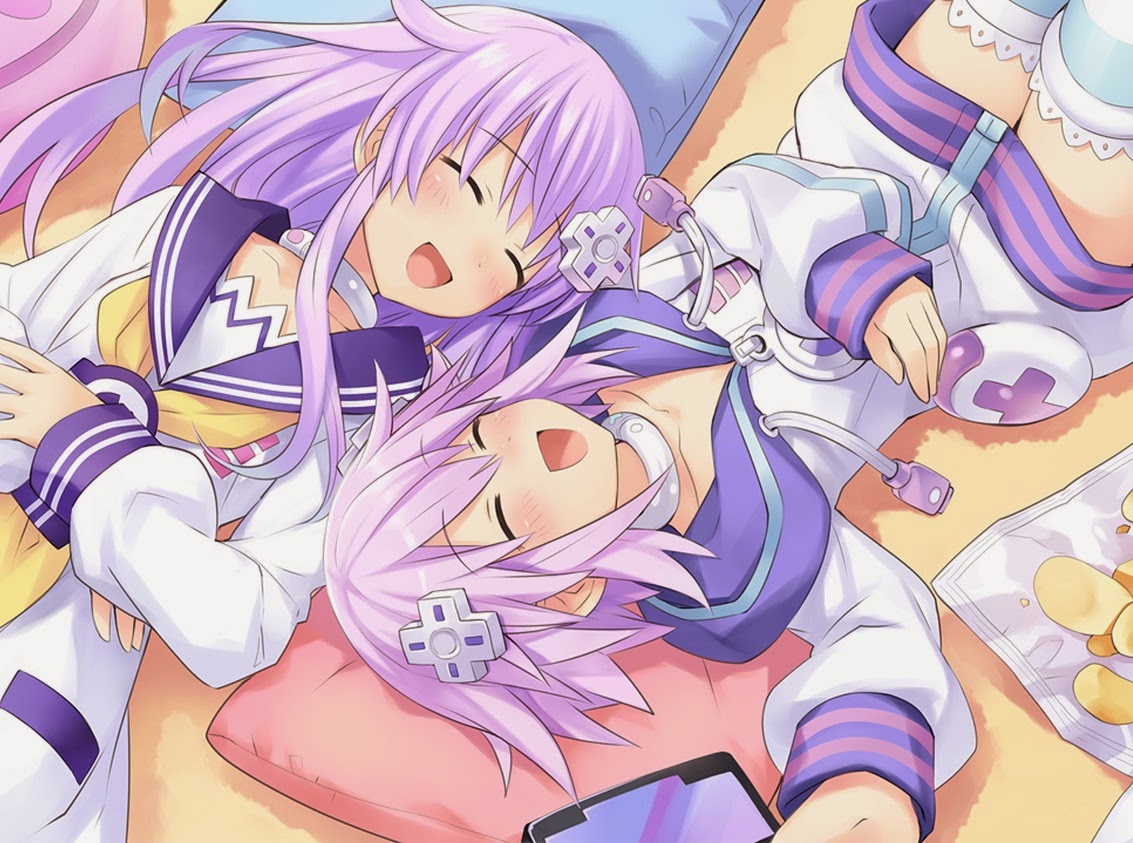 News by Matt S.
Today we’ve got a big announcement for The Interactive Canvas book project; the director, producer, and artist of some of the most popular and entertaining “otaku” games that have been released in recent years will be participating in the interview series.
Kitano Makoto, the Game Director of titles including Monster Monpiece, Moero Chronicle, Sorcery Saga and the Producer of the upcoming Makaishin Trillion, and Mizuno Naoko, the Producer on the superb Hyperdimension Neptunia franchise, will both be interviewing with us for the book.
In addition, Tsunako, the artist that, among other things, came up with the superb designs of those Hyperdimension Neptunia characters, is also going to participate. This is an especially rare honour, as Tsunako-san does not often do interviews with the media, so The Interactive Canvas will be a rare insight into her creative process. Tsunako-san has even been kind enough to draw the self portrait you see below specifically for this announcement!
The entire “otaku” game industry is a fascinating one from a creative point of view. Uniquely Japanese, the characters, settings, narratives and art style all speak to a sense of humour that we in the west often find odd, or even at times offensive. And yet, as with all good humour, otaku games are often very self aware and intelligent; funny and engaging but at the same time that humour sits on top of some hard truths, or even criticisms of the very things that they’re parodying.
The interviews with Kitano-san, Mizuno-san, and Tsunako-san are going to be some of the most fascinating interviews in the book. We will get a real insight into the creative thinking that goes into building this style of game, how the art itself is developed, and more generally the Japanese mindset when it comes to both humour and game development.