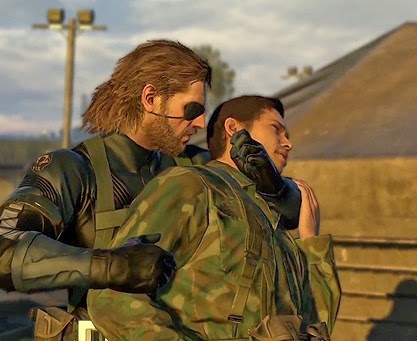 Hideo Kojima has always been a director who has wanted to push the limits of video games. As a matter of fact, many people have looked to the Metal Gear series as one of the most influential series in the industry because it does push boundaries.

Metal Gear Solid V: Ground Zeroes takes place a year after the events of Peace Walker. It also acts as a prologue to the upcoming The Phantom Pain. Players control Big Boss, now voiced by Kiefer Sutherland, and are told to infiltrate Camp Omega, to extract Chico and Paz who have been incarcerated as POWs. If none of that makes sense you might want to play Peace Walker first. And that’s the only story mission that the game offers.

While it only took me 66 minutes to complete the main mission, there is still lot of content to devour. Alongside the main mission, there are four side missions, that see you taking out V.I.P.s, extracting a undercover soldier, extracting intel and taking out anti-aircraft weaponry. There is also an exclusive mission available to Xbox and PlayStation, which will either see you playing as Raiden or recreating scenes from the original Metal Gear Solid, respectively. 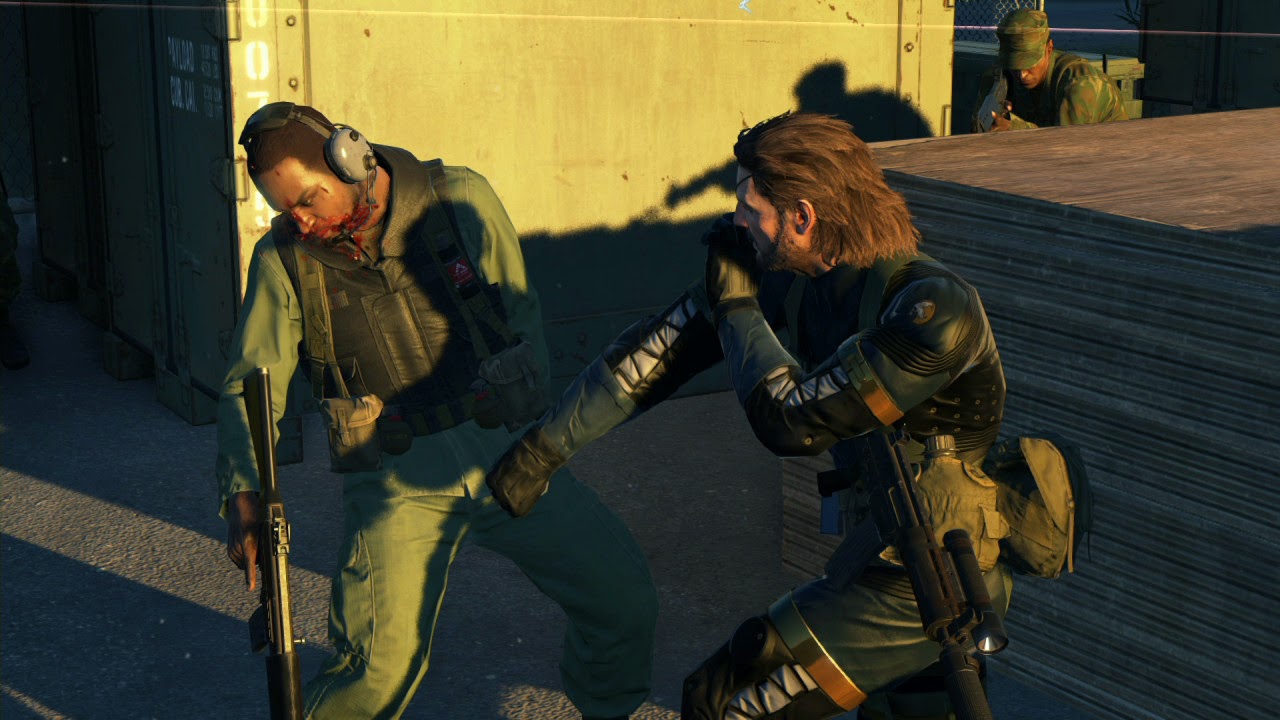 Those side missions will be what keeps you in the world of Ground Zeroes. While each mission has an objective that has to be completed, there are numerous ways for this to be done. If you want, you can go in without knocking anyone out, and instead of killing the V.I.P.s you can render them unconscious and then extract them via helicopter. Camp Omega acts like a large playground for Snake, only limited by the weapons you have on your back and the border that surrounds the camp itself.

It also helps that the way you control Snake in Ground Zeroes has been updated from the old Metal Gear Solid, and is now more modern. Snake can only equip four weapons and gadgets at once, and are all attributed a slot on the directional pad. It makes changing weapons much quicker than it was before, and it all happens in real time. And real time is one of the major features that we are exposed to in Ground Zeroes. The open world that you exist within still operates while you are navigating your iDROID device, looking at the mission data or changing what weapons you have equipped. The companion app, available on smartphones mirrors the iDROID device in game, and it’s executed surprisingly well. The map updates instantly with any info that has been added to it. It helps you keep informed without blocking anything on the screen and is one of the better examples of the “second screen experience” that we’ve seen to date.

The alert system has been tweaked as well. Rather than setting off an alarm as soon as Snake is  spotted, upon being noticed, the hero now has a small window of time to take out whoever saw him. This time is represented in slow motion, and failure to eliminate the threat will see the alarm being triggered, and every goon available will then hunt Snake down. The HUD is very minimal, only showing the weapon you have equipped. Although the radar has been removed, you will always be able to see the positions of enemies you have marked with your binoculars, which helps you keep on eye on everything so you don’t get ambushed all of a sudden. 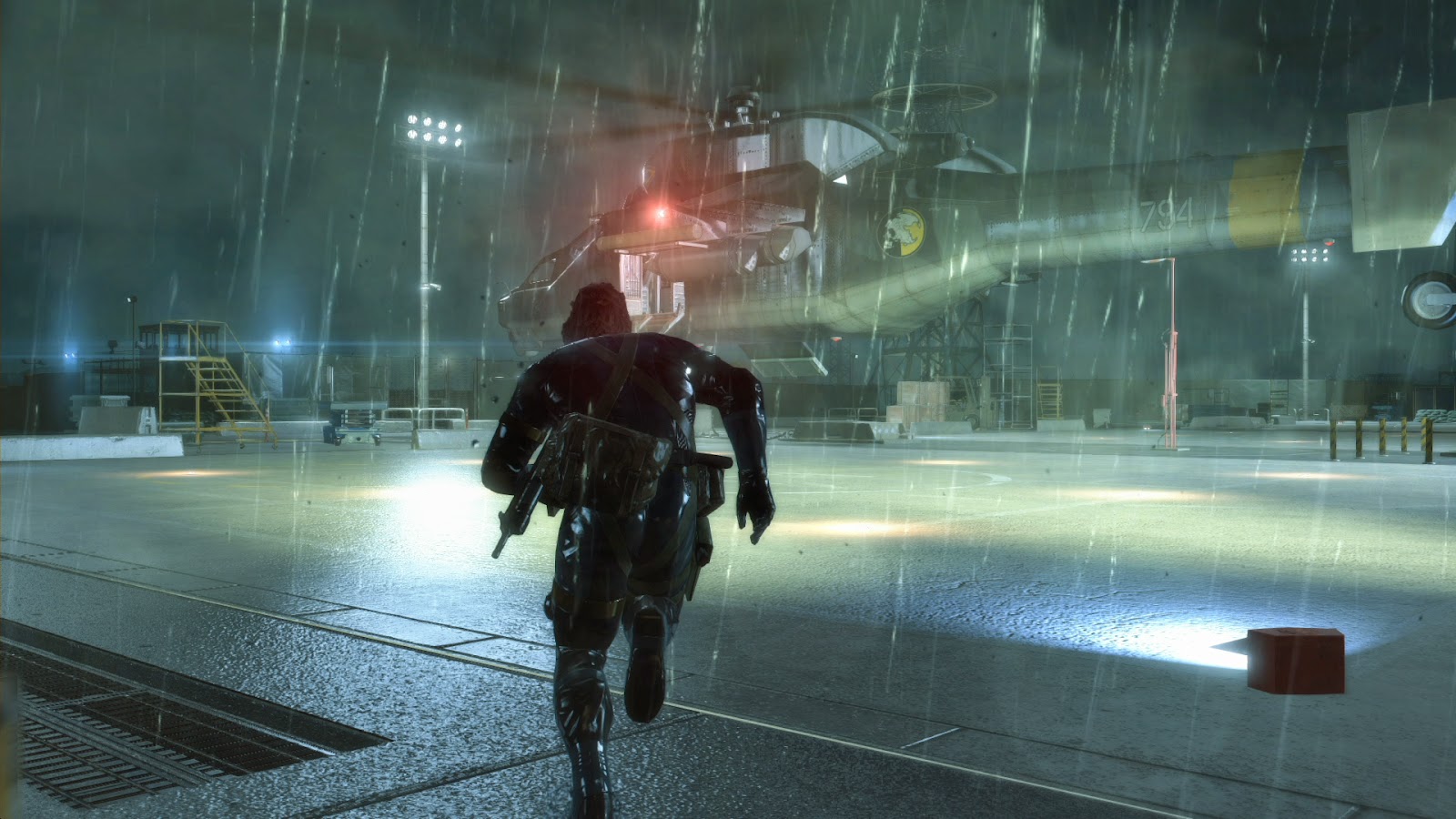 The storytelling of Metal Gear games has always been a priority, and that certainly hasn’t changed with Ground Zeroes. It is very confusing to anyone who hasn’t played Peace Walker, but for those people, once they get past the initial confusion, they’re still going to wind up invested in what’s going on. The scene following the completion of the main mission is so powerful and so raw that you’ll forget you’re playing a game.

The narrative might not have worked as well if it didn’t look this incredible, however. There has been so much attention to detail put into Ground Zeroes. Rain flows down someone wearing a poncho realistically, Snake’s hair moves realistically in very slight winds, wet footprints are left behind as you move. It could well be the best looking game available on the current-gen consoles. The visuals are also beautifully complimented by the sounds of Camp Omega and the voices that inhabit them. Hearing two soldiers chat amongst each other makes you feel as if you’re actually invading their privacy. And although I’m not a fan of Sutherland as Snake personally, objectively he does do an amazing job.

The main issue when it comes to Ground Zeroes is the price. For fans of the series, you will easily find value here, and for those who are going to purchase The Phantom Pain, this is a good introduction to the “main event”. Price will be a problem for anyone who doesn’t find value in replaying missions, and allowing their creativity to determine how they play, and of course for people who don’t like the stealth genre. There is justification for purchasing this game at full retail price, but it all depends on how much you want to put into it. 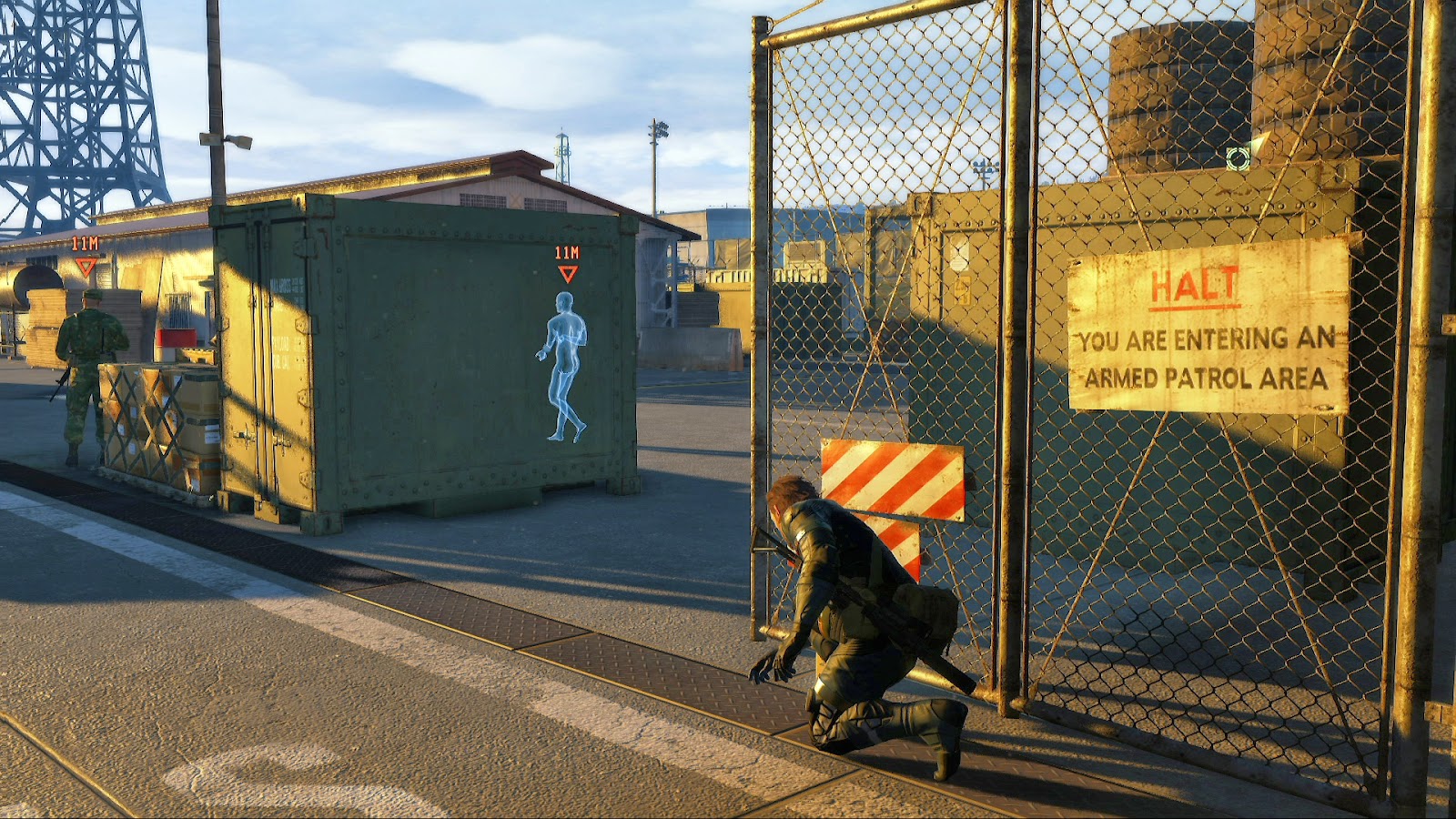