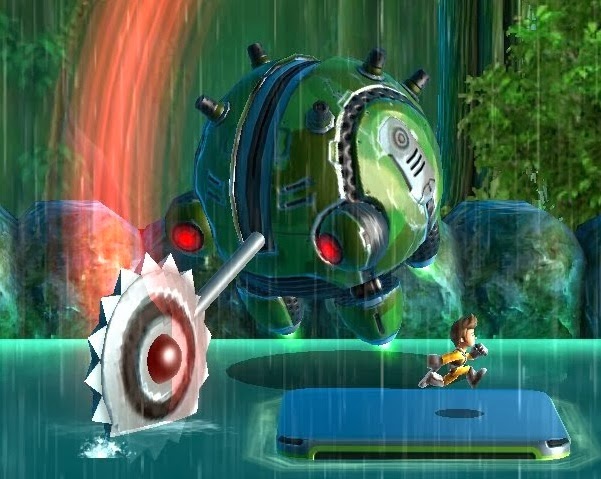 I don’t think I’ve ever played a game as soulless of Jett Rocket 2. I’ve played plenty of bad games. Terrible games, even. I’ve played hopeless clones, and games so close to the original material to be legitimately arguable as plagiarism. But never have they been this soulless.

Jett Rocket 2 mixes generic, boring 2D platforming with generic, boring 3D platforming. Players control some generic looking dude that wouldn’t have looked out of place in a Z-grade no-name morning cartoon for children. He jumps, double jumps, has a spin attack, and a jetpack to help him reach secret areas. I’m sure the character designer had to work hard to figure out those abilities, what with them being the same abilities that just about every single platform game hero has had since two console generations ago.

Each of the 15 short levels that comprise the entirety of the game have a couple of secrets to find and some enemies to either kill or dodge past. The Z-grade hero dude will collect metal doughnut-shaped objects which act as the game’s currency, and then spend them on bland minigames that we’ve seen dozens of times before in other games. 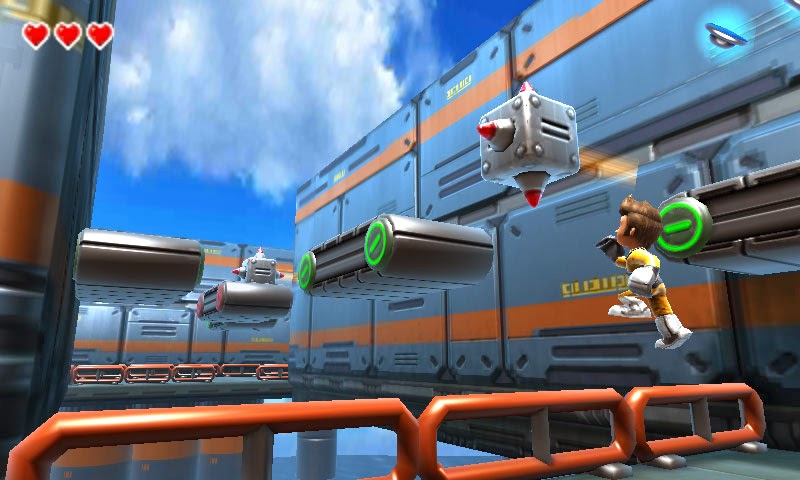 Oh sure, the game has a nice level of technical detail. Character models are detailed, and the environments show some impressive technical trickery at work, even if the art director needs to be fired for seriously lacking inspiration.  The game runs at a steady 60 frames per second, with nary a hitch. It’s just a pity then that the action is so sluggish that it wastes the potential for speedy action that 60 frames per second would enable.

And the game has some reasonable challenge to it. That’s just as well, otherwise the 15 levels would be over in next to no time. The game’s secrets are not that difficult to track down if you’ve got any experience with platformers whatsoever, and there’s little to no reason to play them again after all the secrets are found. So, yes, the fact that you’ll lose some lives along away is the closest that the game comes to offer longevity.

But to go back to my initial point about Jett Rocket 2; the game’s biggest problem is that it lacks any sense of identity. Level design is simply “borrowed” from far better games, the soundtrack is completely forgettable, and the enemies are generic robot things. The plot, thin as it is, is a simple “good guys captured by bad guys, go rescue them all,” and that’s about all there is to this game. The lead character displays no personality whatsoever, and there’s simply nothing that made me want to go back and continue playing the game. 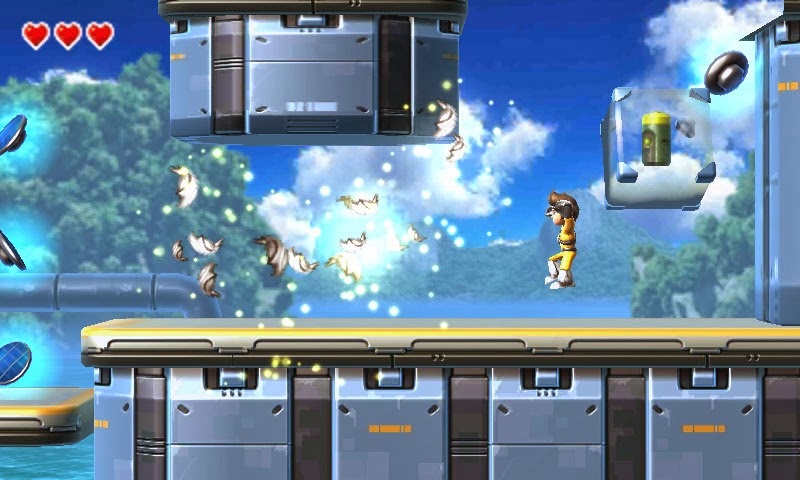 Even the boss battles, which do offer a fair amount of challenge, are completely boring. If you’ve played more than one or two platformers in the past, then you’ve seen all of these designs before and learned these patterns before. There’s a fine line between homage and a rip-off completely lacking devoid of creativity, and while I get that the developers of this game were gunning for a retro appeal, Jett Rocket 2 leaps over that line by such as distance that it dips below the horizon behind it.

I wish Jett Rocket has some kind of redeeming feature. We are talking about a genre that is oversubscribed on the Nintendo 3DS, with everything from Mario to Donkey Kong to satisfy any platformer fan. There’s even a mid-tier that includes the likes of Yoshi’s New Island which is not a classic, but by no means a bad game.

… And then there’s the completely soulless and Jett Rocket. The fact that it looks so inviting in screenshots is truly offensive to me, since this is one of those cases where technical proficiency in no way translates to an entertaining game.