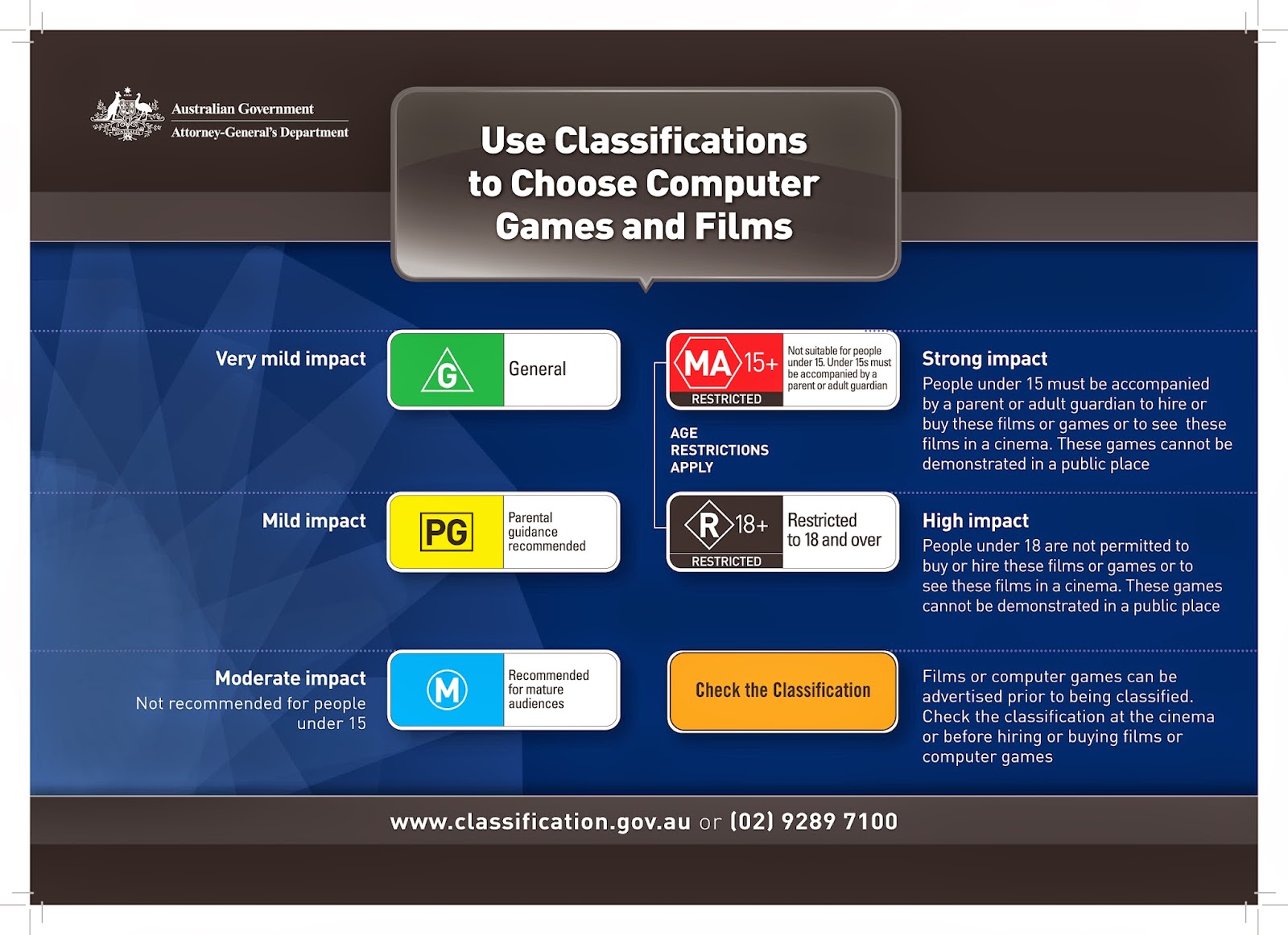 In a bid to “cut red tape” and make the classification process easier for those selling digital copies of games, the Australian Government is considering signing up to the International Age Rating Coalition; a group of national classification boards across the world that have partnered to allow a free and enforceable ratings certificate that provides classification in all supported territories.

This cross-boarder organisation, known as IARC, is still in its infancy; as mentioned before it does not apply to games sold at retail (or games that are sold both through retail and digital mediums), and it does not have the support of some of the major digital distribution platforms, such as Steam. In theory, however, it will allow developers and publishers a single process of regulation in order to get their game listed on the download stores in many different countries.

In addition to (potentially) Australia, the alliance currently includes the US, Canada, UK, Brazil, nations in the Middle East, and Germany. You can read more about the general process and its ramifications here. It sounds good in theory, right? A free process to get your game classified in the major markets around the world. Independent developers, especially, will finally start to be able to tap into smaller markets such as Australia where previously it had just not been worthwhile. You as a developer simply fill out a form and the system crunches some numbers and spits out a classification for all regions at the other end.

The algorithm will, of course, take into account the different rules for each market, so while something might be refused classification in the Middle East for questionable content, it wouldn’t necessarily also be blocked for sale in the US or Australia. But I nonetheless have real issues with this process. There’s something that makes me deeply uncomfortable with the idea of reducing down culturally sensitive debate, such as discussions around the impact of material found in the arts, to a mathematical equation, and that discomfort makes me very unsure whether this initiative will achieve a robust and reasonable classification system, as noble as its intention is.

There are issues with having real people assess the classification of each and every game, of course. It’s a slow and inefficient process and it is quite rightfully accused of allowing an assessor’s personal sense of morality create wildly inconsistent ratings at time. For instance, in Australia, a game managed to be rated PG (safe for 13 year old and older), and then the same game released on another console later with essentially the same content was re-rated R18+ (adults only).

This structure doesn’t help anyone, and I would never argue against the idea that Australia’s classification system needs an overhaul, and badly. But with art being art, context means a lot when assessing the impact of content on a viewer, and no mathematical algorithm can properly assess context, especially when impact is based on vague terms that are designed for interpretation.

In Australia, for instance, impact is measured with vague terms like “low,” “medium” and “high.” These words don’t have objective meaning, and a mathematical algorithm can only measure objective numbers; “low” means nothing to an algorithm. Just how many beheadings do we need to see for something to shift to “medium” to “high” impact violence? If it’s violence done to humanoid-looking demons and monsters, is it lower level impact that the kind of bloodless violence done to humans in a Disney film? Does humour provide a context that reduces the impact of violence? How do you quantify all this in a way that a computer and a spreadsheet can understand? These are all answers that a maths equation simply could not answer. But a classification system run by humans who live within that culture could.

Because the software that would crunch these numbers only has one human touch point – the game developer him/ herself, then under this system the game developer will clearly need to self-assess and figure out whether their game’s impact is “low” or “high.” But a creator can never be objective about their own work. Especially when you get down to small independent teams of three or four artists where the work is so intensely personal to the whole team, the assumed impact of the game will either be skewed towards a higher level of impact than the general viewer would experience, or alternatively the developer would be so desensitised to their own work that they don’t believe their content is offensive, but others might. One assumes that the ramifications of a developer inputting “false” information into this system will be severe, and that there will be a complaints process that will bring these games to the quick attention of the human authorities.

So the system won’t be as painless as advertised. As a consequence artists will be discouraged from pushing the envelope. When the process of classifications becomes a mathematical process rather than an assessment process, then it ceases to see the work as a work of art. The kinds of games that we should be fighting the hardest to protect are those that break outside of the established norms, and those are the games that potentially are hit hardest by this proposed new approach to classifications.

As much as I support the Government’s desire to remove the regulatory burden on game classifications from a commercial point of view, I’m not certain that submitting developers to a process that uses a mathematical process to describe the difference between Australian culture and, say, Saudi Arabian culture, is the best path forward for the artistic development of the games industry.