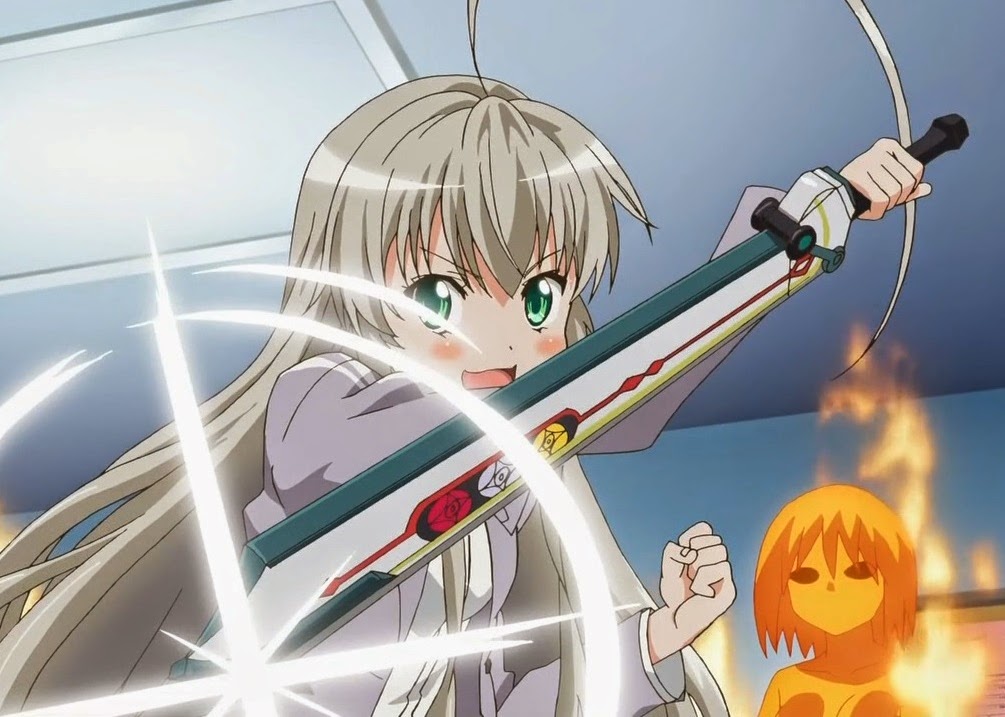 The concept is that Lovecraft’s monsters have, for some reason, turned into remarkably attractive young humans. In the process they’ve also developed emotions and a sense of morality and human desires, with leading lady Nyaruko (based on Lovecraft’s Nyarlathotep) possessed with an insatiable urge to copulate with Mahiro Yasaka, a human male. The reason that Nyaruko is on earth? She was sent there by her superiors to protect the planet – which is the opposite of Lovecraft’s vision.

But such things didn’t matter to the original manga’s author, Manta Aisora, not when there’s an excuse to mix up big action with schoolgirl sexytime to comic effect. That’s exactly what you get in the anime, too. From the first four or five episodes that I’ve watched, each episode is broken down into two different parts; about half the episode is dedicated to a standard kind of anime action adventure plotline, where he heroes come up against some powerful evil, and are initially outclassed before one of them discovers a new source of power. We’ve seen that stuff in everything from Fist of the North Star through Bleach and One Piece, and of course Dragon Ball Z. 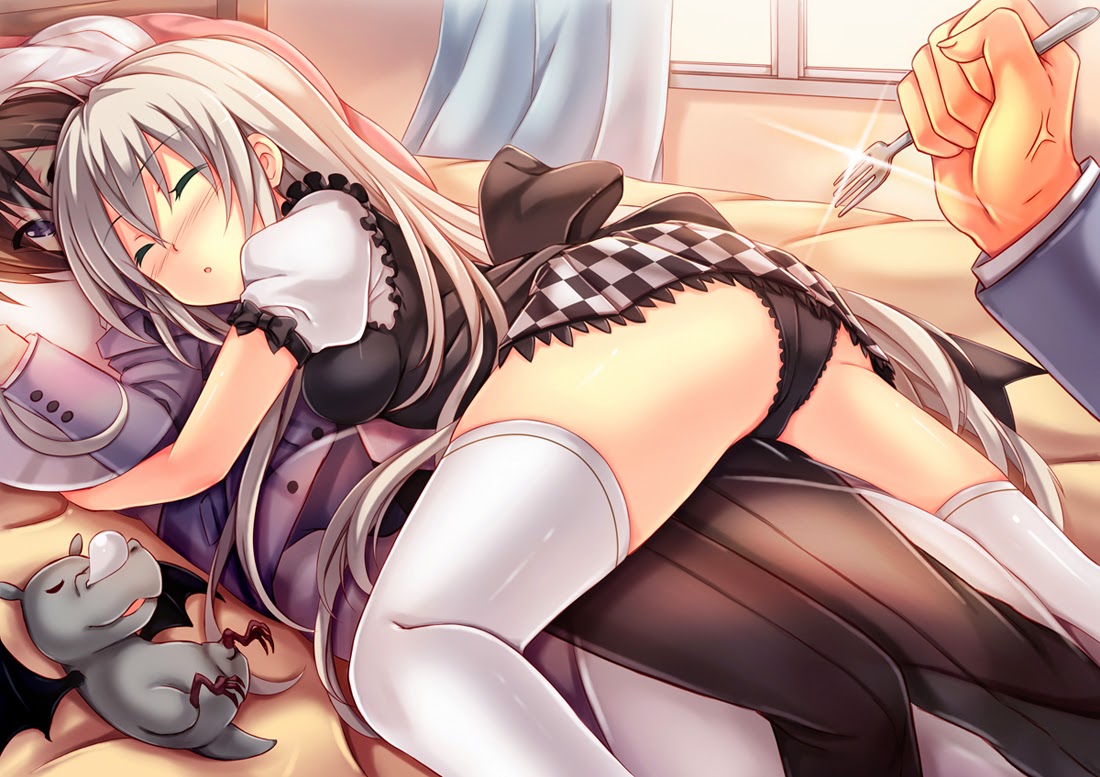 This side of the narrative works as well as it has in every other anime that uses the trope. It’s an easy one for the audience to relate two, and manages to be a theme that appeals to both the western and Japanese mindset; everyone loves the story of the underdog.

The other half of each narrative is the one that some will find odd; there is a lot of sexualised humour in each episode. It’s either used to break up the more dramatic moments to remind the viewers that this whole concept is a little crazy, or it’s used in an extended sequence for some simple fan service.

With that said Nyaruko is generally entertaining, even if it’s a little too random to actually make sense at times. It’s clearly a series where I’m going to be better off checking my brain at the door before I start watching.