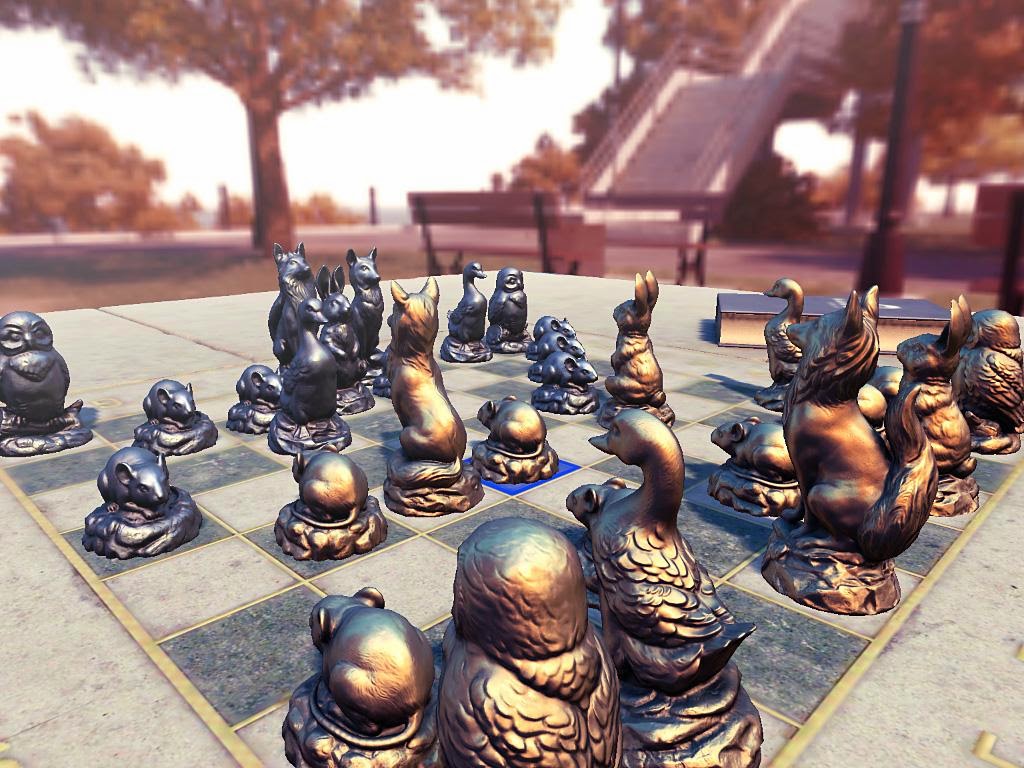 We’ve reviewed Pure Chess in the past. It’s been across just about every game platform I own now, in fact, and the standard has been astronomical across the board (hah, there’s a pun for you in the opening paragraph).

The Wii U version is the latest in the line of Pure Chess releases, and while the fundamental game remains the same, Ripstone and VooFoo have brought in a few new innovations. The problem is that these innovations don’t always work, and while it’s more likely to me a problem on Nintendo’s end than the developer’s, it’s disappointing that this final version of Pure Chess is in many ways its least.

The biggest new feature to be brought into Pure Chess with the Wii U is cross platform multiplayer. Now you’re able to play against someone with the iPad or 3DS versions of the game from your Wii U. All you need to do is set up a Pure Chess account, and you’re all set to go. 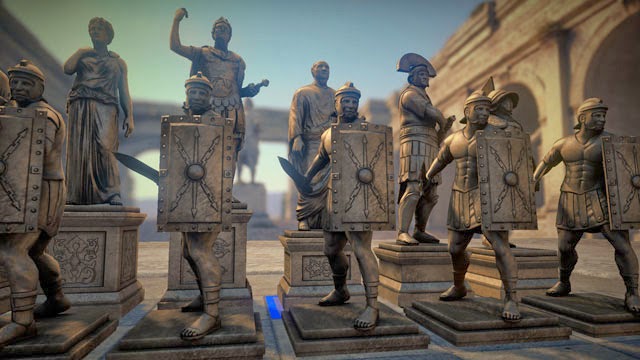 But there are problems with this system. The biggest issue is that it means your Pure Chess username is not the same as your MiiVerse or Wii U name. This sounds innocent enough until you realise just how difficult it makes match making. Because Nintendo’s rules exclude you from sharing your Pure Chess name over MiiVerse your only option is to hit up Twitter or the like and hope for the best. When there’s a perfectly good community sitting there on MiiVerse filled with prospective Chess opponents and Pure Chess owners it’s truly insane that you’re not allowed to use it for matchmaking.

There is an “auto-matchmaking” system in place, but it’s painful to use thanks to some very (very) long loading times. For whatever reason the system that connects Nintendo’s servers to Pure Chess’ to a player’s Wii U is a long and clunky one, involving a lot of “please waits” while each game is loaded so that I could take a single move, and than an even longer “please wait” to try and be matched with an opponent. All the “please waits” started to drive me a little batty after a while.

A further issue with the online multiplayer is the fact that this version alone fails to have notifications. If I’m playing Pure Chess on my iPad the moment an opponent makes a move a push notification appears on my device telling me it’s my turn. With the PlayStation versions of the game (which are not part of the cross-play function, it needs to be noted. The Vita and 3DS versions of the game cannot talk to one another, for instance), when a turn is taken the other player gets a message delivered straight to their console inbox. 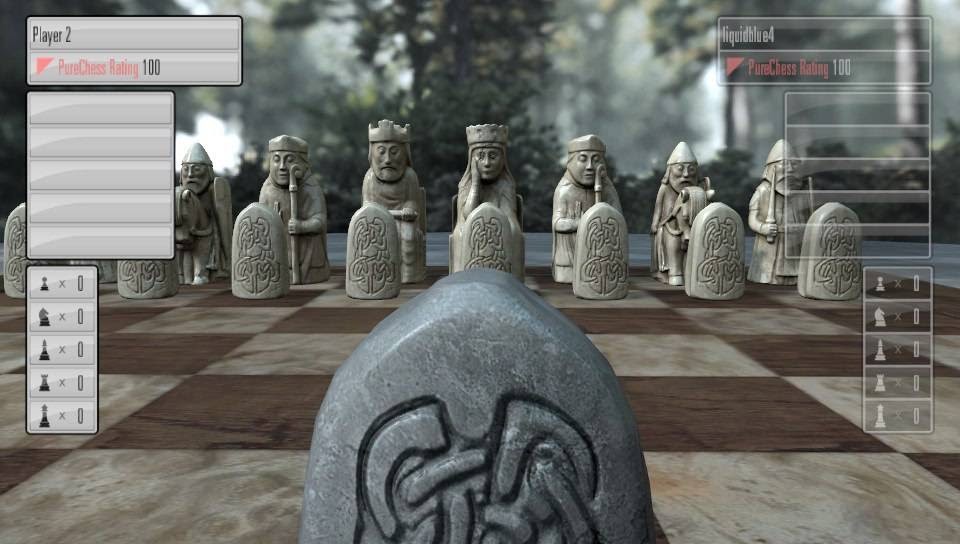 I had assumed that Nintendo and VooFoo would have figured out some trickery to integrate a MiiVerse message when there’s a turn waiting in Pure Chess on the Wii U, but this isn’t the case. The only way I could check whether I had a turn waiting was to physically log into the game to check.

These are all quite small criticisms, but they are issues that appear exclusively in the Wii U version of the game that were absent in other versions. Beyond that Pure Chess is still lacking some features that I really thought the developers would have built in over the many years that they’ve been working on it. It’s great that Pure Chess tracks your Win/ Loss rations and provides you with an ELO rating (the standard rating for chess skill in the real world), but where’s the ability to set up leagues or competitions?

Pure Chess was always a good looking game, and it looks wonderful on Wii U as well, with delightful, elegant pieces and stunning backgrounds. VooFoo is well known for doing this – it was a stand out feature in both Backgammon Blitz and Hustle Kings as well, and it makes me want to buy the DLC chess sets and the like, simply to further customise my experience. It’s also worth noting that the actual experience of playing the game on the Wii U gamepad is pleasant. The screen is large enough and high quality enough that I never felt the need to play it on the TV itself. 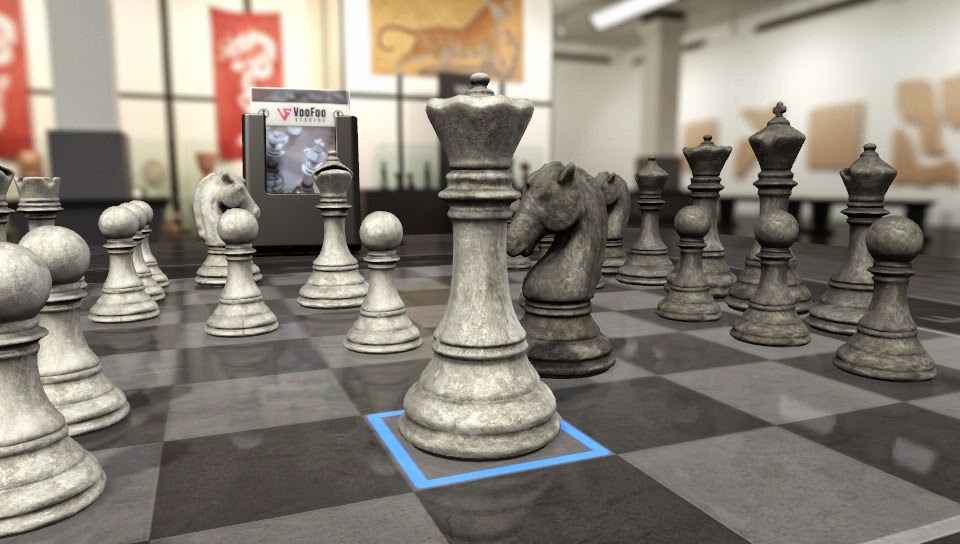 In single player or local multiplayer the experience is substantially better that the multiplayer mode. Loading times are snappy and the AI is able to put up a remarkable challenge on the higher difficulty levels. A chess champion won’t be too challenged, but more casual fans of the game will be.

It’s just a pity that the online is so inefficient on the Wii U. As I said at the start; Pure Chess is the least version of a very, very fine game indeed.