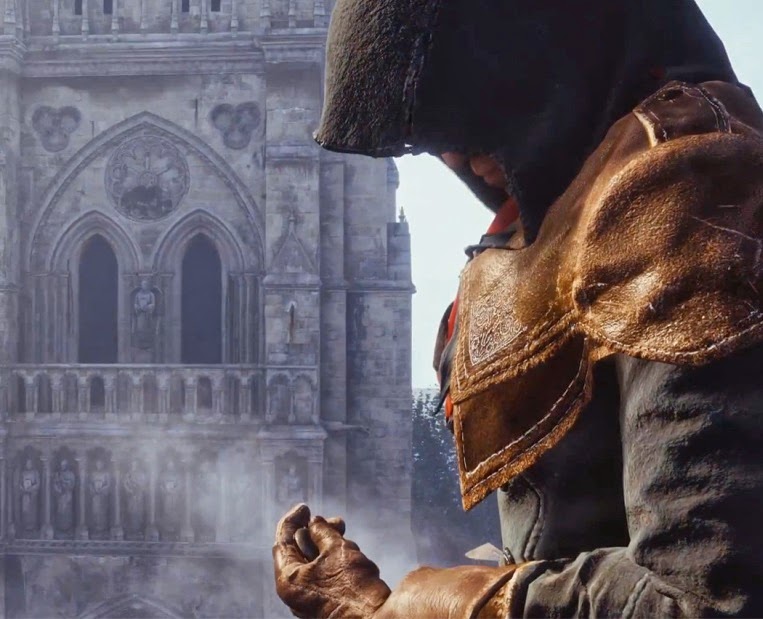 When you can’t beat ’em, join ’em. Recently the first tidbits of Assassin’s Creed: Unity were leaked out of Ubisoft’s towers. Rather than try to downplay the leaks, Ubisoft has decided to formally release a “sneak peak” minute of very early footage of the game.

Unity is clearly being set in the French Revolution, so the series is returning to its European roots after a couple of adventures in the Americas and New World. It’s a pity. I can think off the top of my head two eras that would have been just perfect for an Assassin’s Creed game that didn’t need it to go back to “safe” territory; Shanghai during European occupation was the perfect hotbed of political strife for an assassin to ply his wares, while Sengoku-era Japan would have been a fascinating opportunity to take the assassin myth and rework it (Ninja Creed!)

Anyway, I digress. It looks like a safe bet that we’ll again have a male, Caucasian assassin, and as we can already see, the next-gen console power is being put to good use. I would bet my hat this one isn’t released on the Wii U.

If Assassin’s Creed wasn’t the only AAA franchise I actually enjoyed I would seriously consider boycotting it, as it’s quite clear that there will be no narrative risks being taken here, and I’ve decided I’m more a fan of when Ubisoft does let you play as a woman or an African American in those “side stories” that always manage to be more compelling than the real deal.

But then again, I do want to climb to the top of Notre Dame…