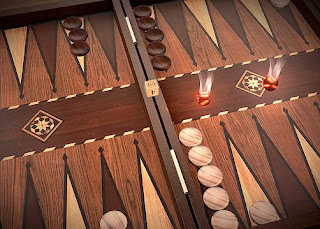 I’m not surprised that VooFoo Studios decided to make a Backgammon game. After the massive success of its Pure Chess and Hustle Kings parlour games, Backgammon is a natural extension of the capabilities that the team has built up.

Unfortunately for VooFoo, while Backgammon Blitz features the same sheer presentation values that we’ve come to expect from the studio, and the same brilliant play-by-mail multiplayer, the game of Backgammon itself is a far more limited one than chess or pool, and as a consequence this title just isn’t as engaging.

For people who haven’t played Backgammon before there’s a nice, straightforward tutorial that will work you through what initially seems both confusing and abstract. After completing the tutorial (which is available as the game’s demo if you want to try before you buy), the game itself makes easy sense, and it’s time to jump into both single player and both local and online multiplayer.

(Read our interview with the Creative Director of VooFoo Studios here) 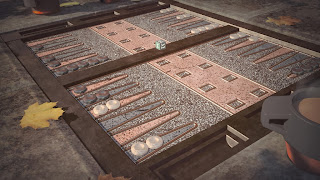 Backgammon is a somewhat strategic game in that you need to manoeuvre your pieces around to protect them from being “captured” by the opponent on his turn, so picking the right pieces to move at the right time takes some skill and practice. But, unlike other classic board games like Chess, the game is ultimately dominated by luck, with the dice rolls playing a major role in determining who wins.

Now, I don’t find luck-based games particularly engaging, unless there are other elements to the game that allow raw skill to play down the effect that luck has. The ability to bluff in Poker, for instance, means that the random nature of the cards is downplayed. But in Backgammon a good player can be beaten by a novice with a lucky dice roll, and so I found Backgammon Blitz a somewhat “hands off” experience. When playing the AI VooFoo, to its credit, didn’t resort to fixing the dice to ensure a competitive game as happens in other digital board games, but in the interest of being fair the mistakes that the lower AI settings make mean they are all far too easy. 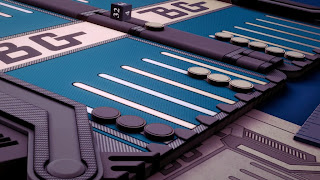 Online multiplayer is very, very quiet at this stage because I suspect there is very limited interest in Backgammon. Get a game going and it works fine, but again because it’s a luck-based game it never feels like an especially engaging experience – I was more doing what the dice told me to do than forming complex 10-turn strategies as I like to do in Chess.

With a number of beautiful boards to play on and great lounge music running in the background it’s impossible to criticise the work that VooFoo has put into this release. It’s just unfortunate that the team decided to focus on this game rather than a classic game that requires a little more skill from the players; Dominos or Othello, for instance, or Go, the ultimate in classic board games.