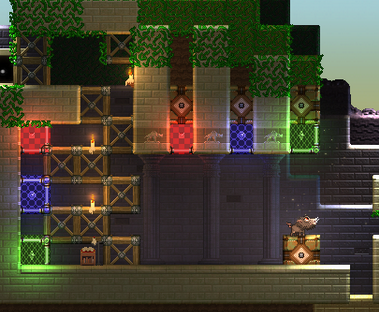 Full Bore is a 2D block pushing and digging puzzle adventure game where you play as, you guessed it, a boar.

When first starting you can pick between two bores to play as one is a male named Frederick and the other a female named Hildi. There seems to be no difference when playing as one or the other; the difference between the characters seems to be purely cosmetic.

The game has you digging for gems by solving puzzles to get to them. The world is made up of blocks; for example there’s sand that can be dug through quickly and then boxes that take a little more time to get through. Because this is a puzzle game it’s possible to make mistakes and make it fundamentally impossible to get to the loot, but, if you mess up on a puzzle the game has a time travel feature that lets you rewind to a previous checkpoint. So, if you moved a box into the wrong spot and you can just rewind back to where it was before you moved it. 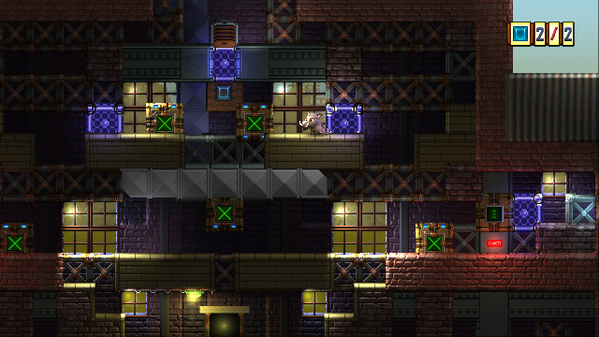 The game is open world so you can go to almost any area you like the look of. Yep, this is a “Metroidvania”-style game. While the focus is definitely on the puzzles, there are also times where action becomes a priority, and you’ll need to rush to achieve an objective. The first one I ran into was with another boar, and in that one it didn’t matter if I won or lost. The second was with a giant drill that was out of control. I needed to chase that one down and then destroy some explosive blocks that it was headed towards or they would destroy the drill. Anyone remember Blast Corps on the Nintendo 64? Oddly, this sequence reminded me of that underrated classic.

I found this game to be fun and hard to put down with my time in it for the preview. The puzzles can be challenging, but are well made. The game ran very smoothly, I ran into no glitches or crashes. I used a wired Xbox 360 controller when playing and it worked perfectly fine. The 2D graphics are excellent and the music is very good. To get a taste of what to expect, the first part of the game Full Bore: The First Dig is available now at http://www.wholehog-games.com/fullbore/ and you’ll get Part Two (the game I’ve been previewing) automatically with that purchase when it is released. I would highly recommend Full Bore to any puzzle fans out there and even if you’re not a big fan of puzzles you should still give this game a try. The game has been Greenlit on Steam and will be available soon. So far, so good work from the tiny team of three!

The big games of April 2014; Baseball, MMOs and a little something for the otaku