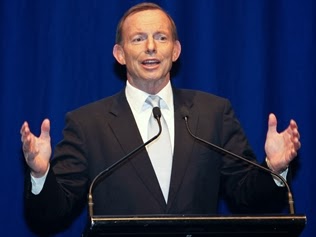 I’m all for games being used as a outlet for political activism. What better way to make a point than to get the players directly engaging with the material?

Of course, if you do make a game that is a work of political activism, then the likes of Apple will want nothing to do with you. So it’s just as well that the wonders of Web hosting circumvent such challenges, no?

So, about Flappy Boat:

For those who aren’t in the know, Australia is currently in the middle of a heated political debate. This country gets a lot of people who try to seek asylum from such things as war and genocide, and because we live here on an island, a natural way to get to the country when you’re fleeing from your lives and don’t have the frame of mind to go find an embassy and fill out your name in a nice, formal request for asylum, is to try to get yourself on a boat.

Our current Government rounds these desperate and frightened people up, and then sticks them in prison camps that have been likened to concentration camps in lawless places like Papua New Guinea. Once there these people are never actually guaranteed a release and tend to languish in the camps for great lengths of time.

Within these camps prisoners live under threat of sexual abuse, torture and death. Naturally none of this sits well with a lot of Australians. Unfortunately (and this is what causes the “debate”) it DOES sit well with a lot of other Australians, because our Government leader, the Prime Minister Tony Abbott, repeats the following catch phrase over and over again: “stop the boats,” he says, tapping in to our patriotic pride whereby we Australians must resist any kind of foreign invasion or influence. “We must stop the boats!”

Abbott and his allies prey on the fear that many Australians have that these foreign invaders (not more than a few thousand a year, mind you) are going to “take our homes” and “take our jobs.” The sad thing is, it’s working. That’s why Abbott won the gig in an election last year.

So leave it to the developers of Flappy Boats to expose just how pitiful Abbott’s catchphrase is. It’s a precise clone of Flappy Bird, but it highlights just how silly the Government’s position is on the asylum seekers, and as such it’s perhaps the least useless Flappy Bird clone yet.

Click here to have a play. Good on gaming political activism.