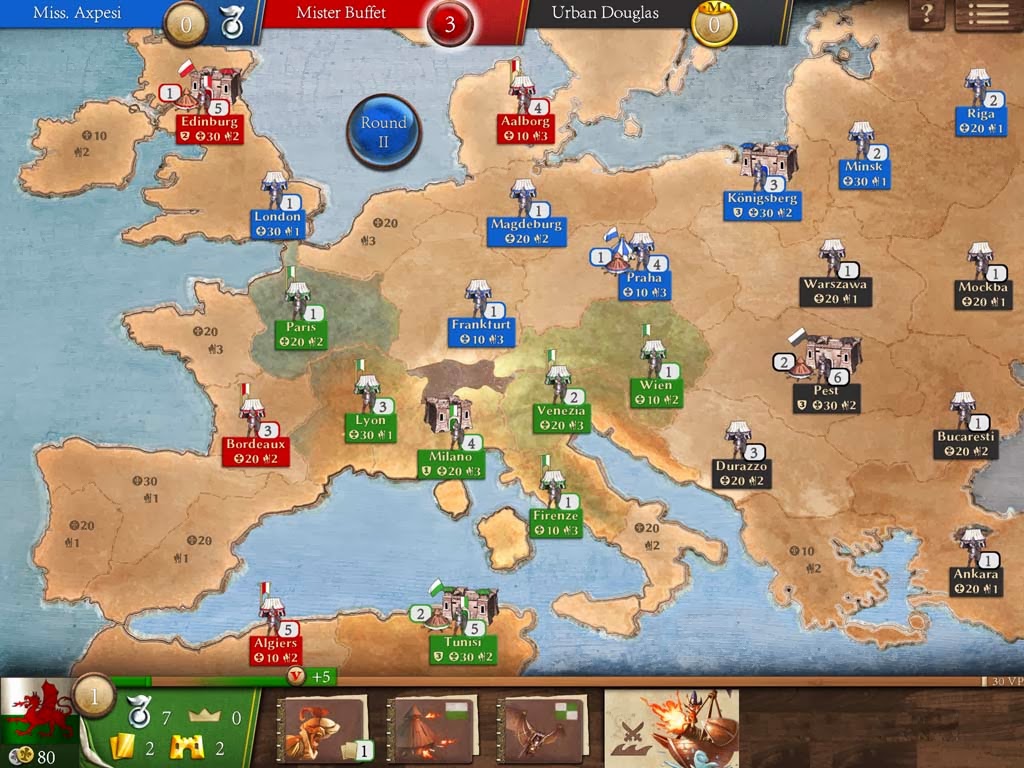 Among many other things, Leonardo Da Vinci’s drawings and sketches include designs for machines that would enhance the power of the military. Advance guns, cannons and even machines that look like tanks appear in his portfolio.

Magnifico is a popular board game that takes Da Vinci’s drawings, and turns them into a Risk-style military board game. Players vie with one another to capture territories across Europe and North Africa. In addition to standard infantry, players can construct Da Vinci’s tanks and battle planes, and these, while expensive, provide a massive boost to the military power of a region.

To further enhance the experience beyond simple dice rolling and “he who has bigger armies will probably win”, Magnifico also comes with rules that allow players to fortify key areas with castles, and each turn there’s an auction where players bid against one another, with the winning bids being able to pick up some of Da Vinci’s military technology to further improve their chances in a fight.

In other words, if you took the game of Risk, reduced the emphasis on luck and introduced some basic resource management elements to the game, you would have Magnifico. As such, it’s a better game than Risk, and is, in fact, one of the better “accessible” military war games out there. 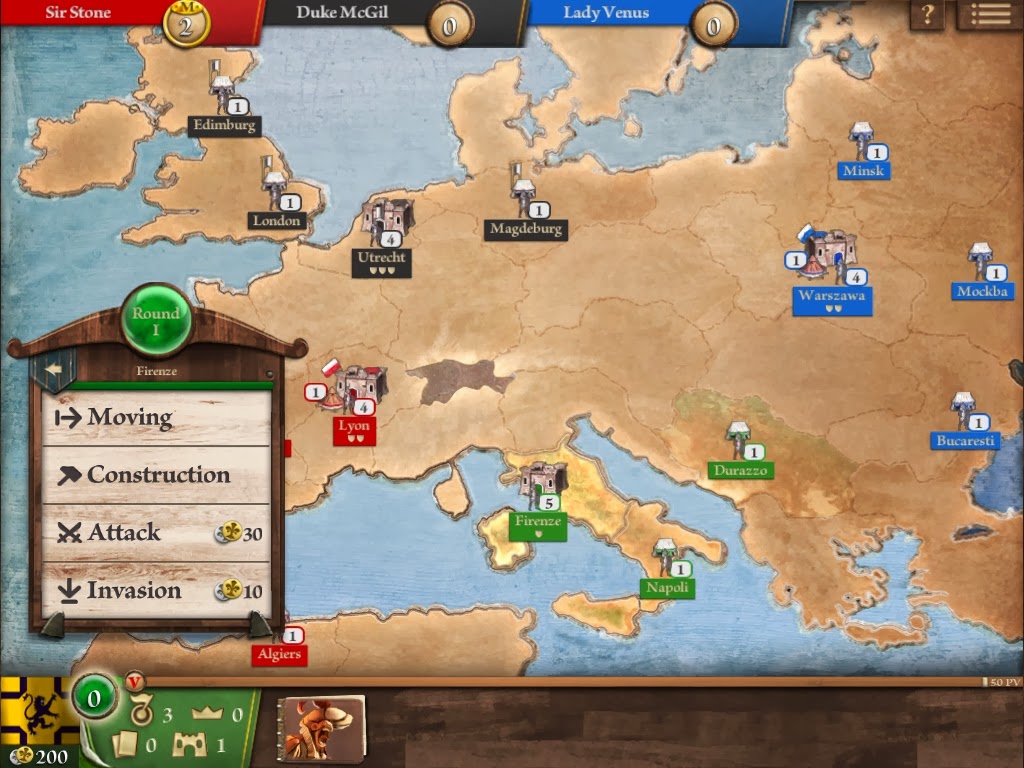 Art Of War is, I assume, a more friendly title to help the game stand out on the crowed App store, but it is a complete recreation of the board game. The iPad is, of course, the go-to platform for digital board games now, and we’ve already seen great ports of the likes of Catan, Puerto Rico, Ticket to Ride, and more obscure games, so is there anything that Art Of War does to stand out?

It looks wonderful, which helps. There’s two ways to approach digital board games; either you try and recreate the static nature of pieces and boards, or you try and enhance the visual aesthetic with animation and colour. Art Of War opts for the later, and it largely succeeds; the various pieces move around just enough to lend a vibrancy to the game, while the map is gorgeously realised on the retina screen on an iPad.

Another advantage that a digital board game has over a traditional one is the ability to walk players through step by step, rather than need to read the manuals to understand what’s going on. The tutorial here is clear and easy to follow, and between it and a single play through of the game, most players should then be prepared to play without AI support. The interface is at all times clear and easy to follow, and makes good use of the screen real estate. 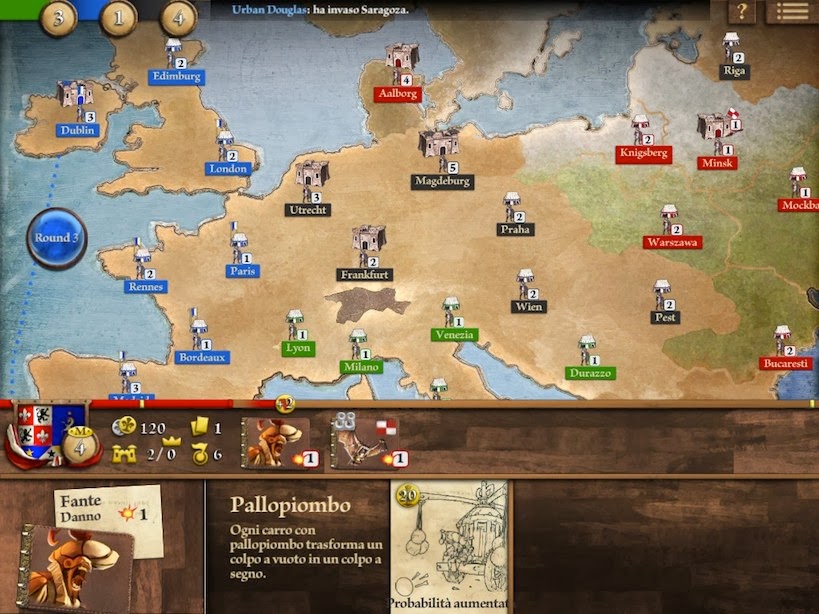 Now the downside, and it’s a whopper; there’s no multiplayer. No local multiplayer, and no online gameplay. There are ten AI opponents, each with their own play style, and that’s enough to provide some challenge, but it’s no substitute for playing against real humans. I assume that an update will add multiplayer in the future, (and in fact I’ve seen screenshots that clearly state there is a multiplayer mode on the way), but to be brutally honest no board game should be shipped without it already in place.

As a purely single-player experience, Art Of War compares poorly to those games with robust multiplayer features, such as Ticket to Ride or Agricola. It looks the part of a premium board game on the App store, however, so if the idea of a more complex version of Risk appeals to you, you can’t really go wrong here.