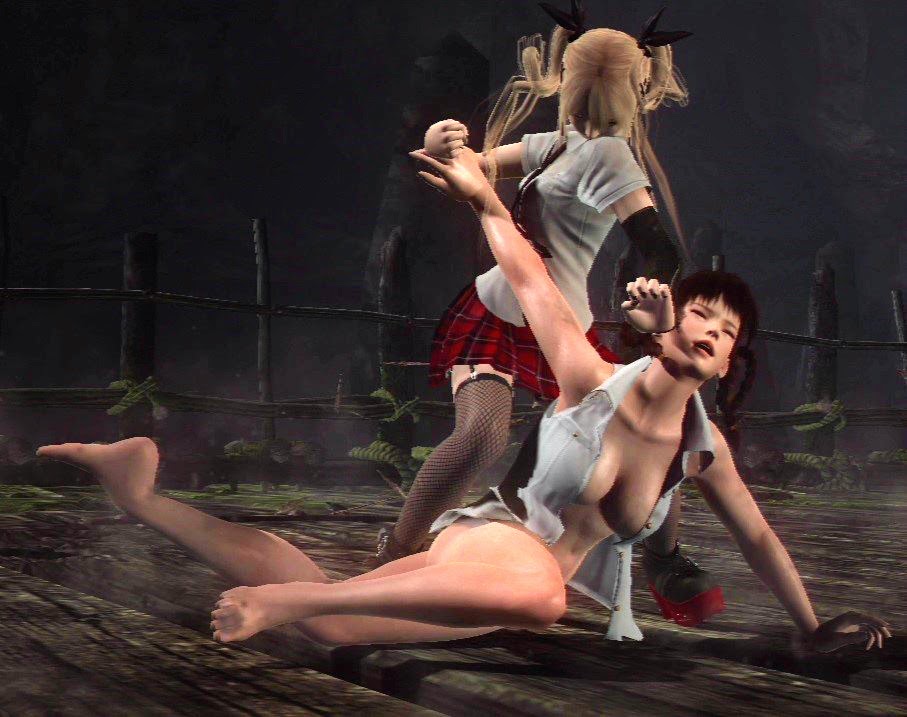 Marie Rose gets everything right, and she’s almost immediately become one of my favourite fighters from Dead or Alive 5’s cast.

But before we get to the character herself, I would like to get something else out of the way first; not everyone is going to find Marie Rose in good taste. She’s Tecmo Koei’s take on the Gothic Lolita fantasy, and as hypersexed as Dead or Alive 5 can be at times, it’s a little uncomfortable seeing a character that for all intents and purposes looks like a 14 year old girl mixing it up with half naked men and women wearing swimsuits that would be deemed indecent on the beaches of Rio de Janeiro. 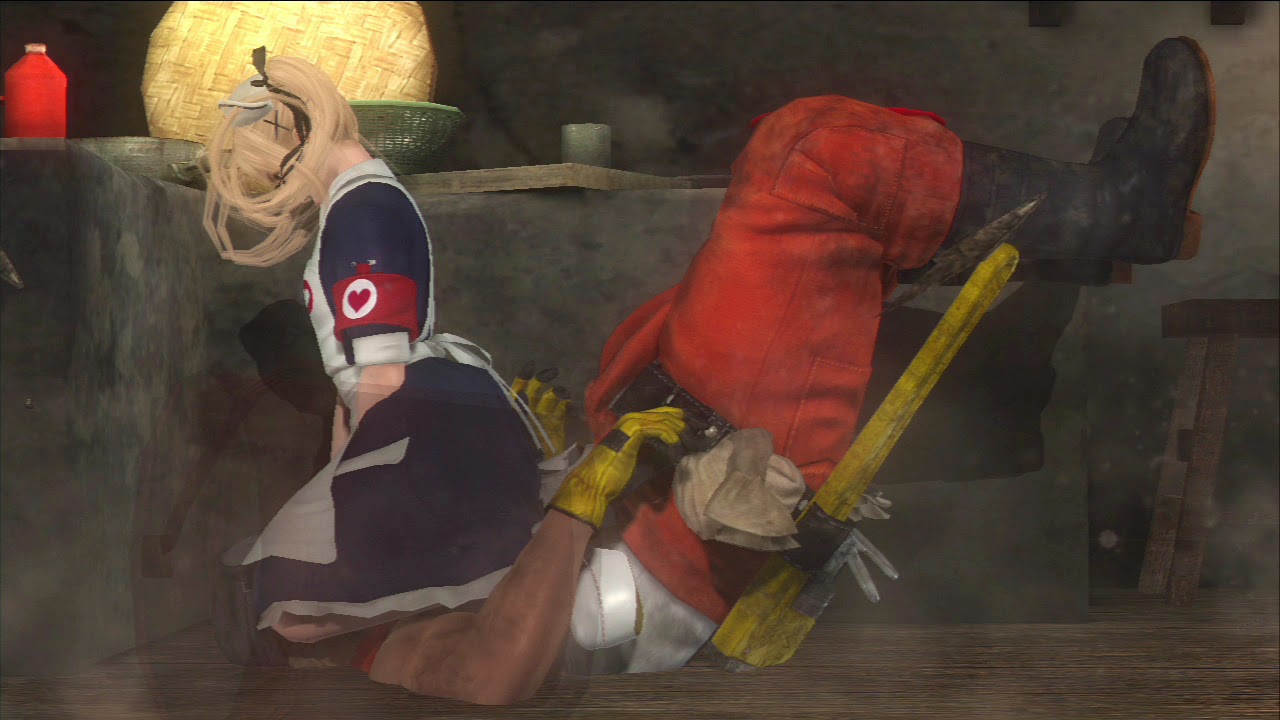 Further, Marie Rose’s default costume are acceptable enough; sure she’s wearing a short-hemmed skirt that isn’t all there, but at least she’s got shorts on underneath that skirt. The unlockable costumes and her own DLC are another thing entirely; as you’ll be able to see from the screenshots I grabbed from the game, these costumes are themselves sexualised with naughty school girl and nurse uniforms and the like.

It’s possible that Tecmo Koei was somewhat hamstrung by the fact these costumes had to be included in the DLC in order for the character to fit in with the rest of the cast. And in fairness to Tecmo Koei, it has not thrown in breast physics and the like that would have gone way over the top. By the same token, Marie Rose sweats seductively as with the rest of the cast, that sweat makes her bra just as visible through her white shirts, and her skirt flies around just as easily as the other characters in the cast. 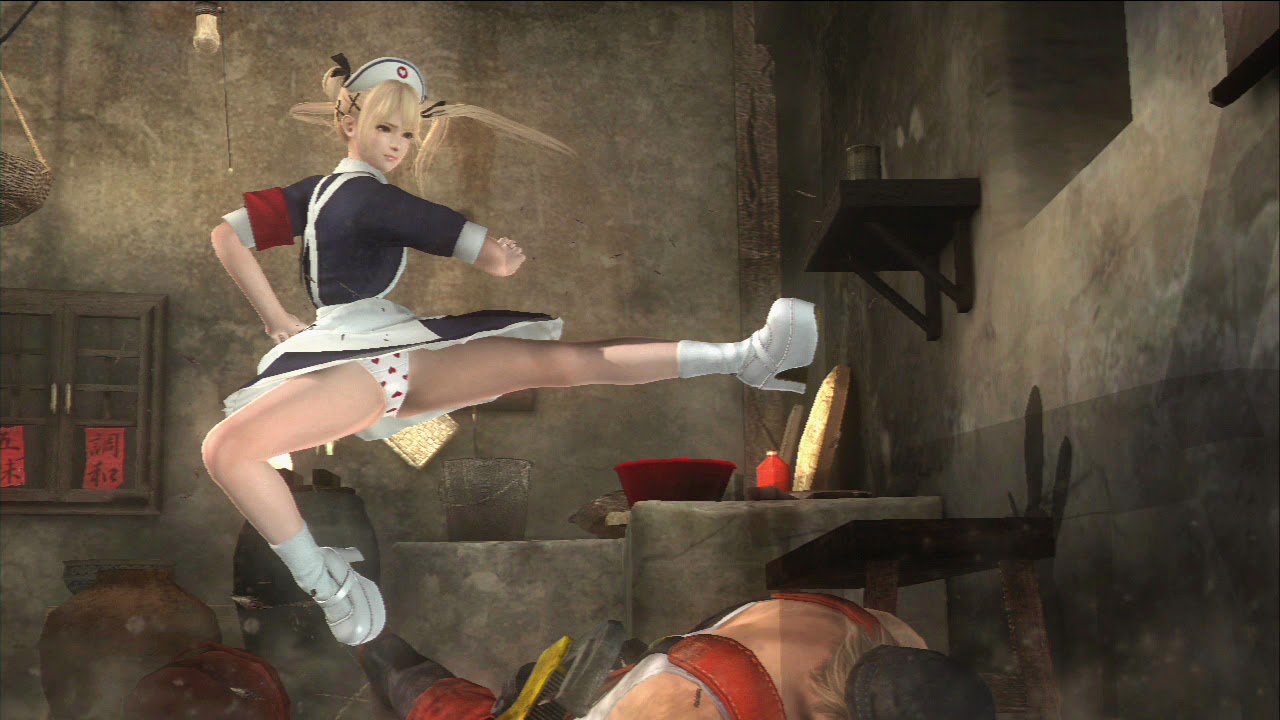 None of this especially upsets me, but then I’m comfortable with playing the likes of Hyperdimension Neptunia and Mugen Souls and I understand that this kind of costuming is self referential and designed to humour or criticise tropes rather that titilate. But other people are offended by this kind of material, and so it needs to be mentioned.

With that out of the way, let’s talk about how Marie Rose fights. She’s another counter-puncher with stronger (and faster) punches and throws, while her kicks are relatively ineffective. At a basic level, then, she plays a little like Kokoro, however trading perhaps a little up front damage for easier to string combos and a little speed. 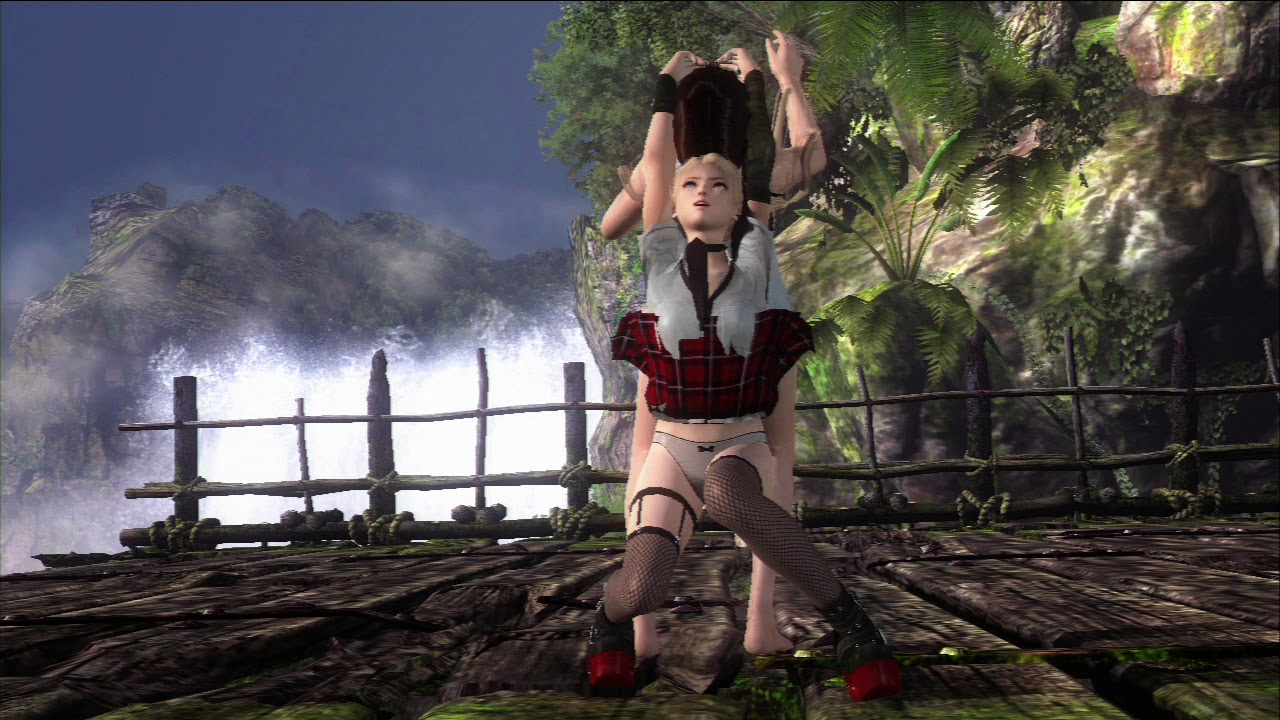 As such I would rate her as a fairly easy character for beginners, while not perhaps offering as much for the experts as some of the other characters. Her combo attacks are nice and flashy, especially when they start to include kicks and she’s very effective at keeping the pressure up on the opponent by staying in close and stringing combos and counters together comfortably.

Obviously her character isn’t integrated into the narrative in any way, so it feels a little underdeveloped as a result. Her victory quips are simple “don’t underestimate me because I’m little” jokes, and she’ll say something about blood as a taunt beforehand just to remind us all that even in her naughty schoolgirl outfit she’s a goth lolita at heart. 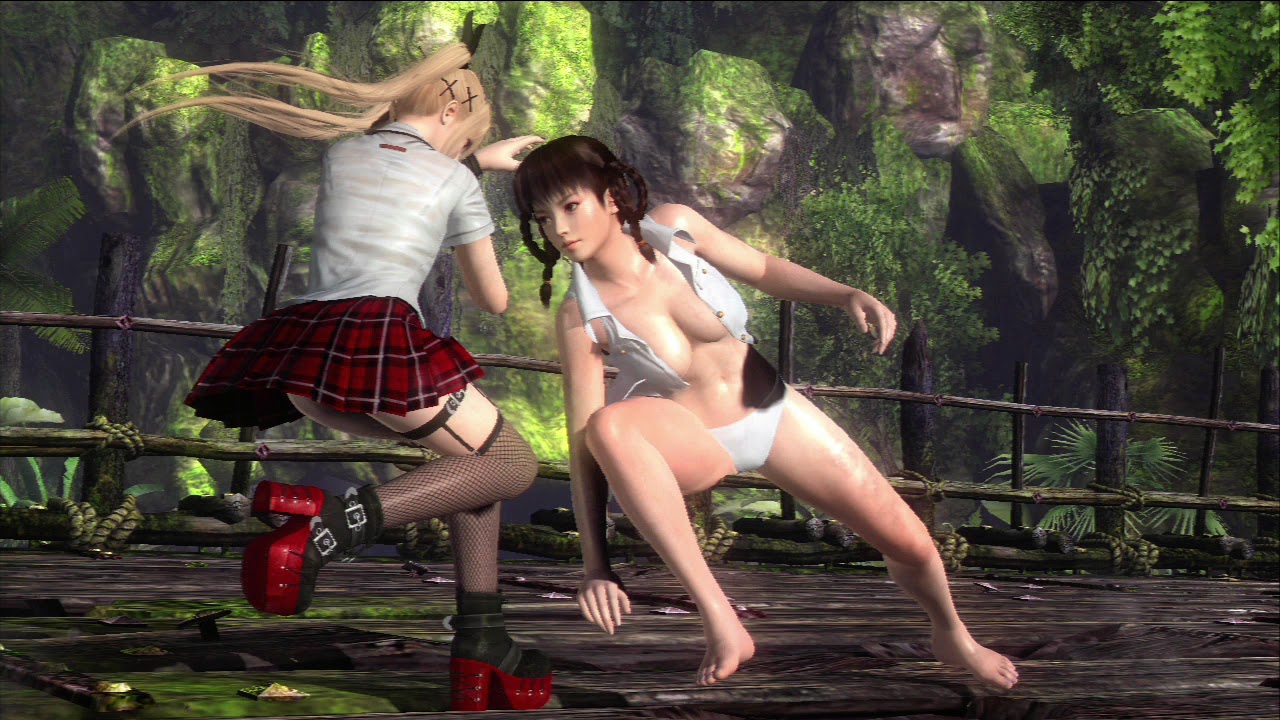 What I really like about Marie Rose is the same reason I like the idea of DLC fighters in fighting games; Dead or Alive 5 Ultimate was released ages ago now, but the support from Tecmo Koei keeps giving people a reason to come back to play some more.

I’ve said this in the past; I’m certain that Tecmo Koei has made more money from the DLC in Dead or Alive 5, (as well as the Vita and Ultimate versions), than from the sale of the games itself. This is a great incentive for Tecmo Koei to continue supporting its future Dead or Alive games well after the initial release, giving players truly massive games by the end that are worth spending hundreds of hours on. 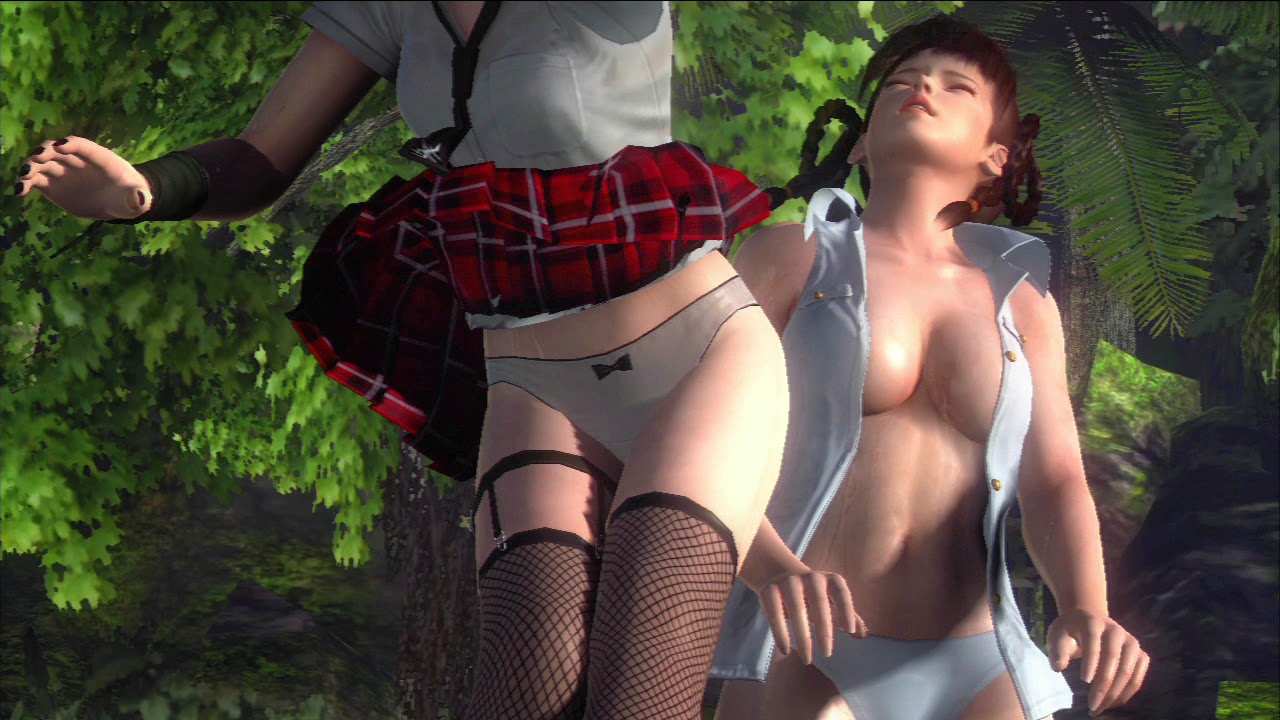 Having put down Dead or Alive 5 Ultimate recently, the release of Marie Rose has got me playing again. For how long? I’m not sure. I certainly feel like I want to spend the time getting quite good at her, as she is one of the fighters that suits the way I like to play. But the DLC really could have used a short side-story and a cut scene or two to give this character the same context as her rivals.