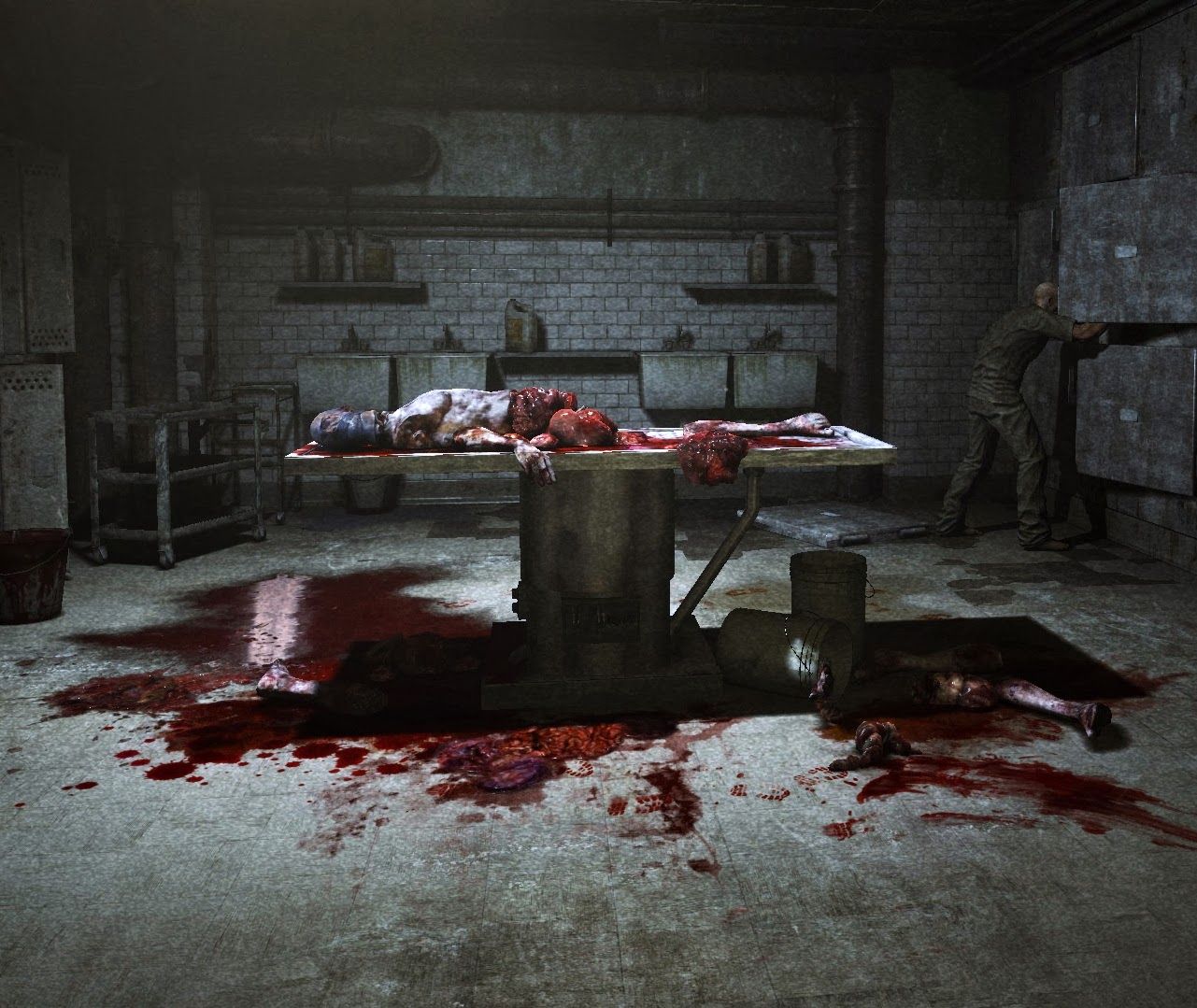 So I finally got around to picking up a PlayStation 4 (side note to other Australians, you still need to preorder for shipments at EB Games. Who knows when the console will be available on the shelves). That in turn meant that my first PlayStation 4 PSPlus “free” game was Outlast.

I find it completely irresponsible of Sony to offer Outlast to PSPlus members.

Before the rage monsters come out in force; I really like Outlast. The intensity to the horror is great and the narrative and level design is compelling. As an adult I have found it a compelling, confronting experience so far, and while I don’t know if my schedule will let me play it enough to run a review, based on my first couple of hours play I’m enjoying it immensely.

I’m also not suggesting that the game should be censored, or that Sony should not offer the game on the PlayStation Network. I am firmly, resolutely opposed to censorship, and like every other Australian I celebrated the introduction of the R18+ age classification because it meant that adults would get to play uncesored adult games.

But Outlast should not be a PSPlus game. While I’m opposed to censorship, I am wholly in approval of a classifications system because I do believe that children should not be exposed to certain games, films and television. Extreme horror games fall into that category. I wouldn’t want my child playing Outlast. If my child came up to me and asked me to buy them Outlast I’d tell them a flat no. But then, with PSPlus, my child wouldn’t be asking me to buy a copy of Outlast. They would have PSPlus (because it’s an essential component of the PS4 experience), they would see that it’s a “free” download, and they wouldn’t need to ask permission for it. Unless I was watching their entire gaming sessions (or set up the parental controls properly, more on that later), there is really nothing stopping my child from downloading this game.

Part of the responsibilty for ensuring that children are not exposed to this kind of material is certainly the parents. But only part. Businesses have a responsibility to try and do their part to minimise a child’s ability to be exposed to such content, and both the Government and corporations need to be proactive about educating parents about this classifications scheme and ensuring that they’re fully aware of what their child might be exposed to.

It is this eduction piece of the puzzle where Sony fails badly with the PSPlus system. To describe my own setup process with the PlayStation 4; I plugged the console in and ran through the prompts, updates, and settings, but not once was there a mention of parental controls (and indeed that option is well and truly buried in the console’s settings, enough so that plenty of parents won’t be aware that it exists). Then I jumped on the PSN shop to get my download. I was already a PSPlus member, but I looked around all of the menus and information screens about PSPlus. I even watched the promo video. If there was mention that the service would offer R18+ material, then it wasn’t anywhere near clear enough.

In fact, the only hint that the game that I was about to download was not appropriate for children (aside from the obvious fact it was a horror game), was a barely-legible R18+ sticker on the game description page, plus potentially some text in the game’s description (I honestly can’t remember).

So to make this clear; after mandating that people sign up for PSPlus (so they can play online), Sony makes a big deal of the “free” games, and then offers a completely inappropriate game for children through this “free” game system, while failing to properly inform parents that these “free” games might include inappropriate material, or how they can control access to this content.

Responsible parents will figure all of this out for themselves of course, but irresponsible parents are not an excuse for Sony to itself behave irresponsibly. This isn’t the first time the company has been seriously lax in its own policies towards the classifications system, either. Last year Sony featured an R18+ rated game for download on the PSN as a MA15+ game.

I should also mention that I don’t mean to call out Sony solely for such irresponsible behaviour. This lax attitude towards classifications has angered me, but I’ve also seen local game stores sell Call of Duty to 10 year olds, and the Classification Board itself is apparently susceptible to commercial pressure since it saw fit to classify the decidedly adult Call of Duty: Ghosts as a MA15+ game (because an R18+ rating would have been bad for sales…).

This is why I love Japan’s games industry