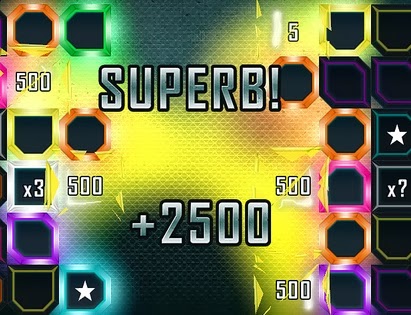 Step into a game shop and take a quick comparison between the 3DS and Vita games lineup and it’s quickly clear why it is hard to put the 3DS down these days. On the other hand, where the Vita lacks the incredible first party support that the 3DS receives from Nintendo, the Vita’s indie support just keeps on coming. Being an avid fan of indie games, titles like FuturLab’s electric puzzling title Surge Deluxe ensure that I only swap my portable consoles when a battery needs charging.

Surge Deluxe isn’t exactly a brand new title to the Vita, as a similar version of the game previously released on the PS Mobile service. That doesn’t mean that this release should zap past you though. Surge Deluxe is refined, improved and as addictive as ever, and trophy support will keep those “hunters” busy too.

Plugging into the game for the first time doesn’t initially make the game stand out from the rest of the colour matching titles available out in the wild these days. Two tiers of coloured blocks on each side of the screen set the stage and dragging a finger to pull an electrical arc to connect them eliminates them from the screen. Match more than two blocks and the score increases accordingly. If this was all there was to the game, it would blow a breaker right from the start. Thankfully, FuturLab cleverly added in a few little quirks that make it difficult to stop playing. 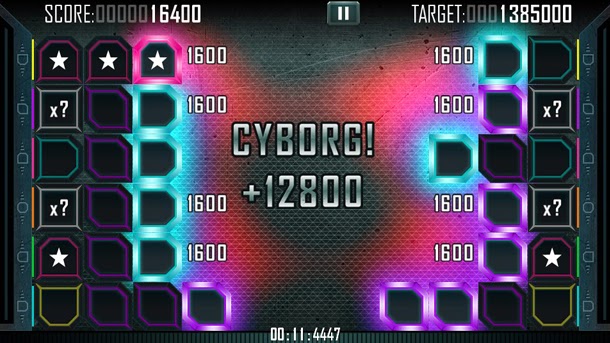 As blocks are cleared, those deeper within the stack become available to match. Clearing a line unveils a vent that can be activated to alleviate the pressure that’s constantly building from the heat of the electricity within the stage – if allowed to fill, it’s game over. This twist on a timer here is unique in more ways than because it fits with the game’s aesthetics, it also plays into one of the many combo systems in the game. Each of the vents are coloured, with two matching vents of every colour on each side of the screen. Opening one of them will make each block of matching colour start to shake. Frenzied blocks are worth more points to clear and if both vents are open simultaneously, the combo potential is even greater.

Online leaderboards play a big part in Surge Deluxe, with your score being frequently compared to others – pushing you to keep trying to master its unique gameplay. As the stages progress, you’ll start to find new bonus blocks that can destroy all of those of a single colour, allow you to connect two colours strings together for a large elimination, as well as simple multiplier blocks. Finding ways to make the best use of these bonuses for maximum scores for each clearance, while keeping the vents open and blocks frenzied, becomes a fast paced, finger swiping colour explosion that not only test your precision skills, but your logic as well.

With this new release, a Puzzle Mode mode is included and it’s important not only for additional replay value, but because figuring out how to clear these stages to achieve the necessary scores does a fantastic job teaching you how to master the use of the bonus blocks. In doing so, this mode unfolds the game’s complexities and will help improve those top leaderboard scores in the main gameplay mode thereafter. 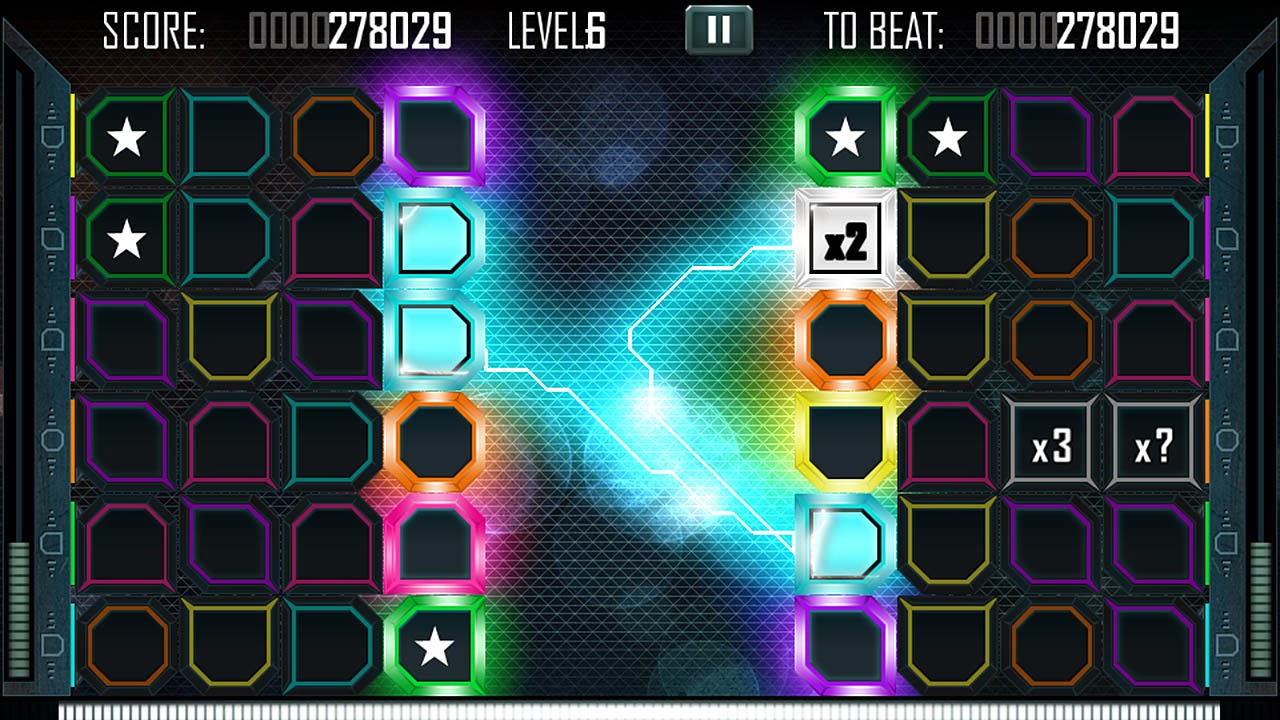 If you’ve played FuturLab’s Coconut Dodge, you’ll be familiar with its approach to its smaller arcade titles. In Surge Deluxe, there is only one main gameplay mode. With each new play, you start at the first stage and progress as far you can you, racking up the highest score possible in the process. The first five-10 minutes are relatively easy, but once the heat starts to build up quicker as you progress through the stages, things get frantically fun. While the slower early levels might seem like a drag at first, simply completing stages will not find you atop the leaderboards; making the best use of your additional time and bonus blocks in the early going is absolutely essential.

Surge Deluxe lands on the Vita and brings an electric mix of frantic colour matching puzzling action that will test your reflexes and mind alike. It has just enough little nuances to set it apart from the vast ocean of similar puzzle games available across the digital oceans and it’s yet another solid indie title in Vita’s ever-growing catalogue.

Almost no best-sellers in Australia were developed in Japan.