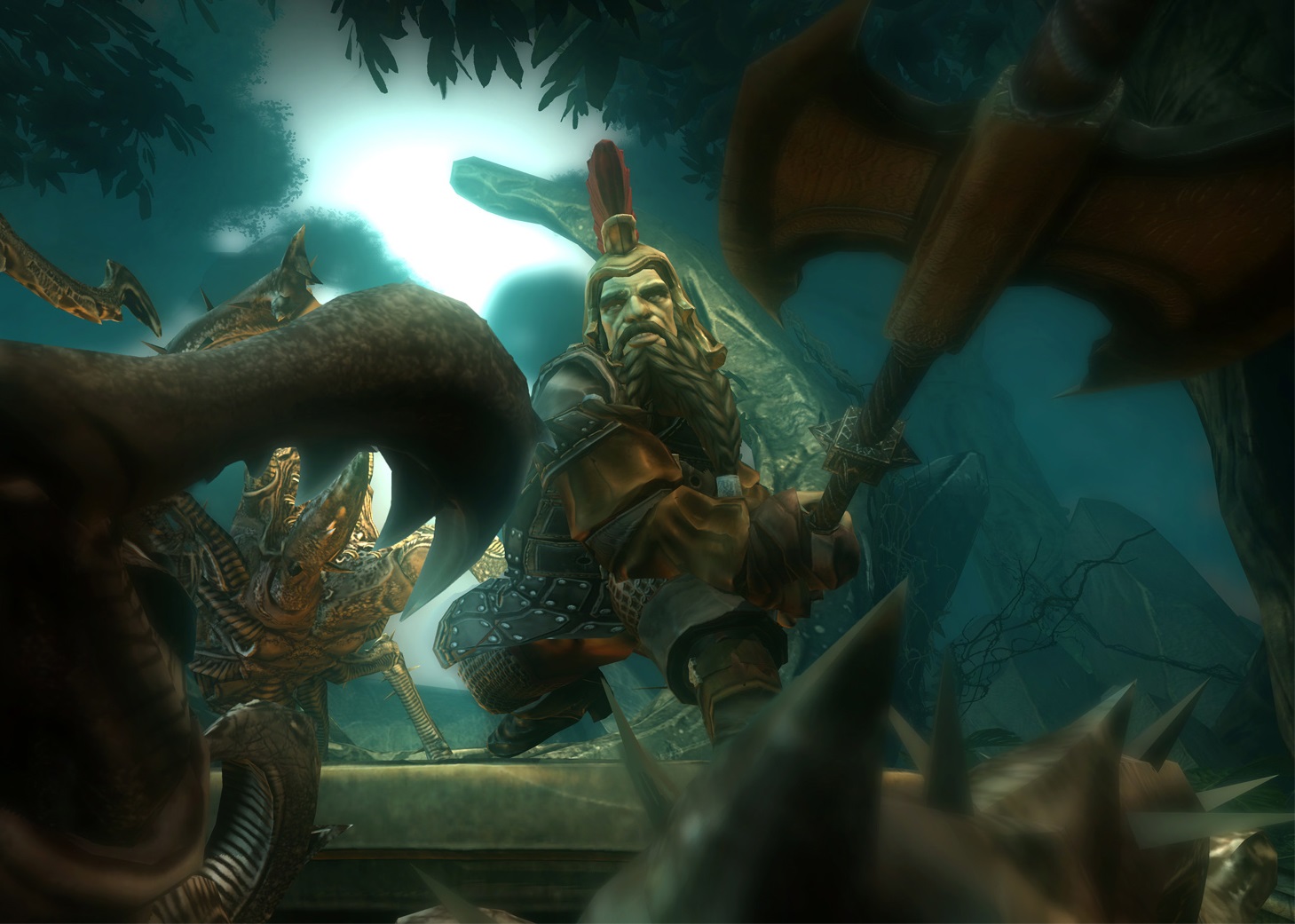 Blackguards had the potential to be something truly exceptional, promising a deep tactical RPG experience with a penchant for extreme difficulty and hexes. That’s right, hexes! Strategy gamers love hexes.

Someone should have then explained to the developers, Daedalic Entertainment, that if you are going to deliberately court the hardcore strategy games by sticking images of your game covered with hexes all over the Internet, you’d better create a game with strategic depth. Unfortunately no one did provide such sage advice to Daedalic, and Blackguards is a very confusing game as a result. It looks and feels like it should be something other than what it actually is, and tonally the entire experience is a flat one as a result.

Blackguards is a deep game, but that depth is exclusively on the character customisation side of things. Winning battles yields points which can be spent on leveling up statistics, skills, weapon capabilities, and so on. There’s a single pool of points to draw on for each hero, and never enough points to actually cover everything that you might want to cover. And so players need to carefully consider how to spend their points to ensure that their heroes aren’t completely useless in combat, and that there is enough of a mix of skills to deal with the variety of enemies that the game throws at them. 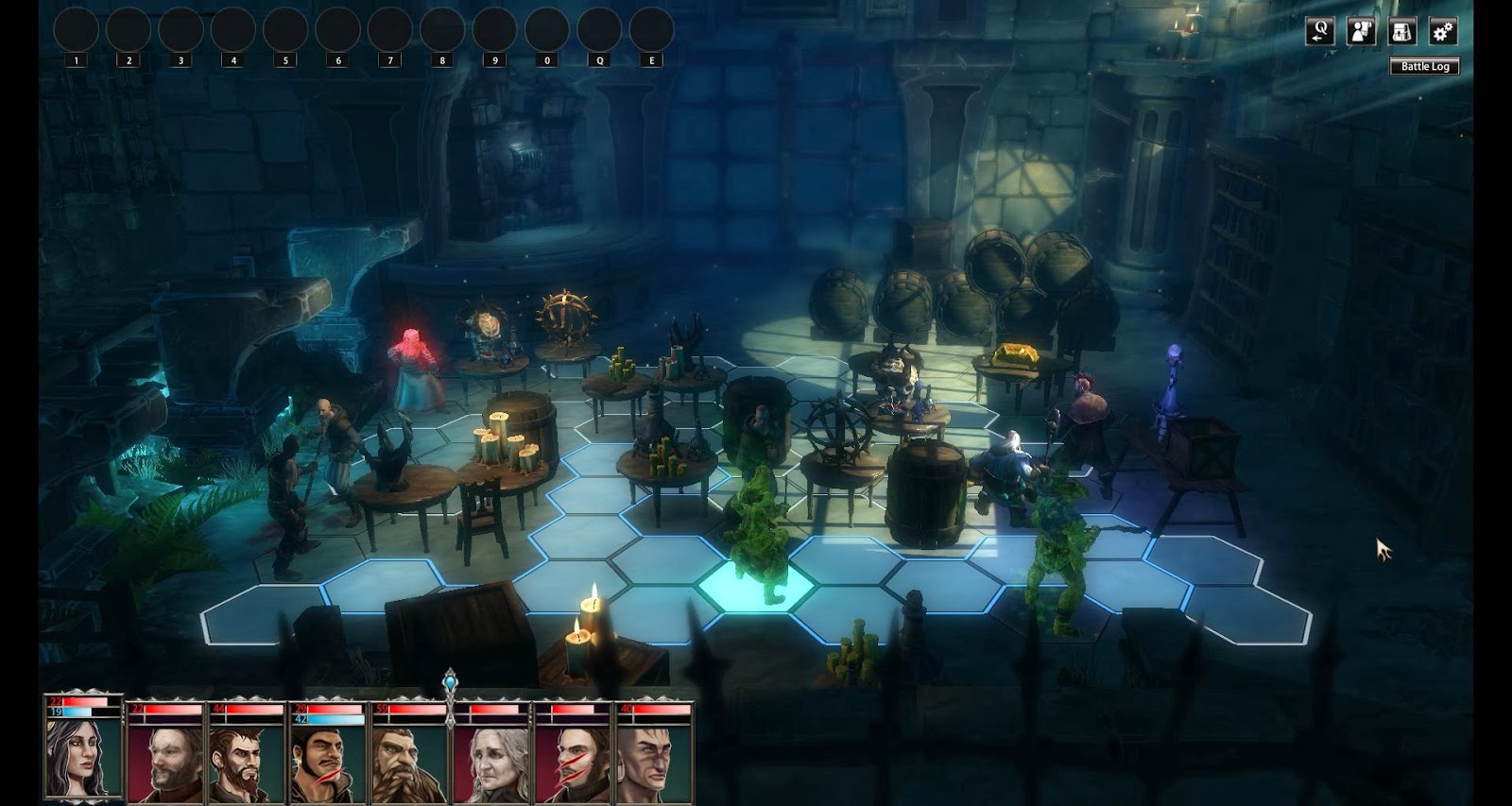 But on the battlefield itself, Blackguards is a very slow paced and barely tactical game indeed. Moving around the hexes doesn’t change the fundamental experience to standard grid-based tactics games like Fire Emblem, suggesting that Daedalic didn’t really understand why wargames use hexes as a standard. In wargames, hexes better reflect an individual or unit’s facing than a square grid can; i.e. the frontmost “edge” of the hex represents facing forwards, the backmost represents the rear, and the other four edges reflect the flanks. In a wargame success generally requires maneuvering units to hit opponents in the flanks or rear. But in Blackguards none of this comes into play in any meaningful manner. Aside from the rare interactive object on the battle maps they might as well not exist, for all the interest and strategic opportunities that they allow.

The combat itself is plagued by all kinds of problems as well. While challenging, Blackguard’s difficulty feels manufactured at times, with the game quite happy to allow you to miss multiple attacks in a row that have a 80-95 per cent chance of connecting (or alternatively having the enemy block or dodge those attacks). Other enemies have hugely inflated hit points or damage-dealing capabilities, and running into mages is a truly painful experience because magic attacks don’t suffer from the same miss potential, have range, and do plenty of damage. It works in reverse too, and far too often a level would have been hopeless were it not for my own magic users but the finely-tuned balance of a good tactics game is not present here. 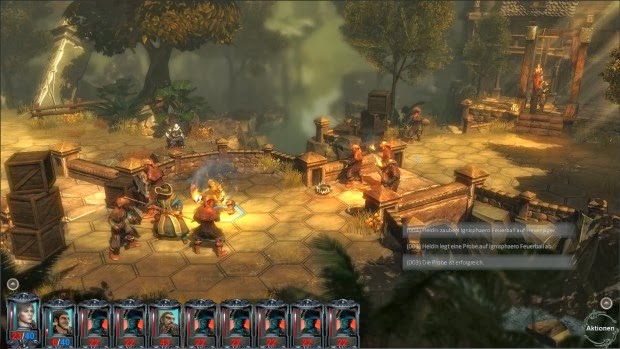 On a technical level there are issues too. For instance the game doesn’t always make it easy to click on enemies to attack them; they get hidden by your own heroes and your ability to scroll around the battlefield is limited. On the larger maps enemy archers and the like will be shooting at your party, but you won’t see where the arrow flies, or the impact that it has, because it all happens off-screen and the game doesn’t refocus on the target of the arrow. In those circumstances I had to rely on a tiny text box in the upper left corner to tell me if the arrow hit home or not. Finally, and most unforgivably for a strategic game, it doesn’t do a good job of relaying information to the player. For instance, it’s meant to be possible to hide behind objects to make it harder for ranged attackers to hit you, but the game was never clear about whether I was in fact considered “hidden” by the game, or what the penalty would be to the enemy archers should I hide behind the object.

Outside of combat there’s not a whole lot to appreciated about Blackguards. The presentation and production values are shoddy; environments look decent, but characters are blocky like relics from a generation of games ago. Voice acting is C-grade at best, and the narrative jumps all over the place without a concern for such things as pacing or logic. I can forgive a lot of things in RPGs, but poor narratives is not one of these.

There’s a lot of content in Blackguards, but memorable moments are few and far between. This is a game that feels like it has a lot of ambition, but it’s held back sharply but budgetary constraints and, perhaps, an engine so unfamiliar to the development team that they couldn’t compensate for its inherent flaws. There’s something in there, perhaps, for people who truly can’t get enough of tactics RPGs, but for anyone else there are far better examples of the genre out there, and Might & Magic X, while not a tactics RPG, is a far deeper and more rewarding turn-based RPG experience, and has itself just been released.

Legend of Grimrock 2 screens; and boy does this game look divine