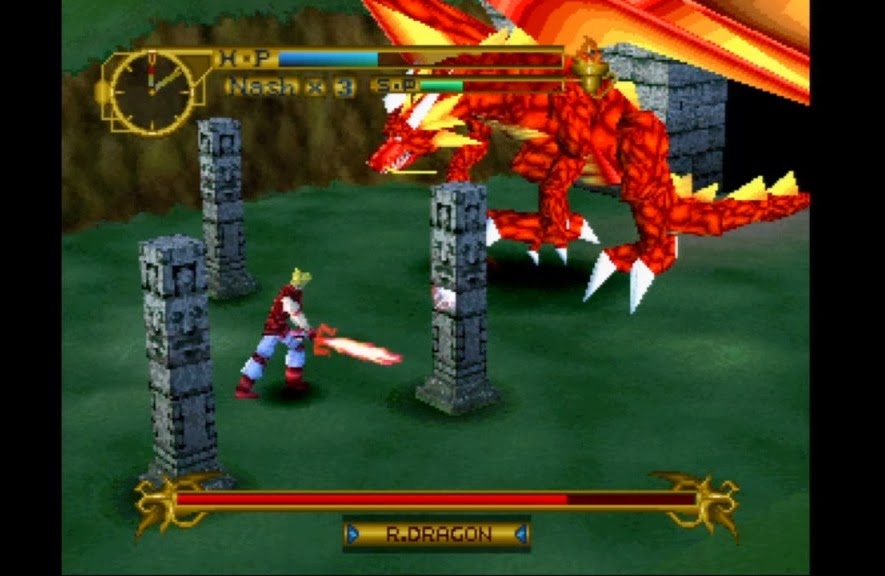 If The Legend of Dragoon and the miscellaneous brawlers over the years had a love child, then this would be it. Lucifer Ring’s main character Nash looks and behaves as though he could have been the twin of those other classic heroes. This is a genre that has long appealed to me; before I fell in love with RPGs or even knew what they were, all I tended to play were platformers, puzzles and brawlers and I grew up I playing the likes of Mega Man, Ninja Turtles and Battletoads. I guess since these were really my first games I’ve always had a soft spot for brawlers and platformers, so Lucifer Ring kicked off with a great first impressions for me.

The story kicks off when Nash starts a quest to stop an evil sorcerer from resurrecting Lucifer with rings that he has granted his minions (that explains the title, then). The story is straight to the point and the only dialog that you’ll ever encounter is on the world map before entering the next level. It’s on par for the genre that there are no lengthily narrative portions to disturb your brawling once you’ve gotten started. 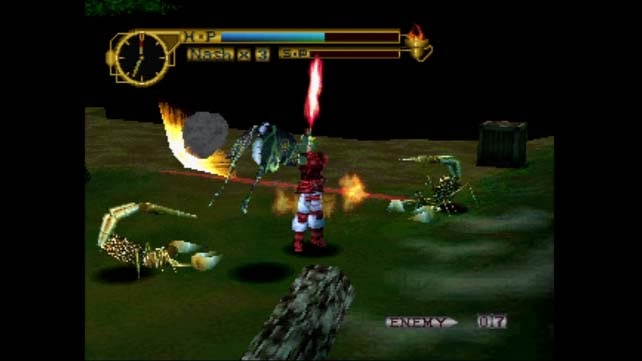 The game overall handles fairly well for an older brawler that was made at a time when developers were still figuring out how to work with the consoles at that time. Because the understanding of 3D gameplay was, at the time, primitive, Lucifer Ring suffers from some standard issues for games at the time. For instance, the platforming could be a nightmare in certain cases. You run. You jump. half the time you’ll fell into the hole.

No matter how much the platforming caused me to grumble, the combat itself felt smooth enough with a bit of practice. Sadly there is no way to really defend and to dodge so instead you’ll be running around in circles to avoid enemy attacks. Takes some getting used to, and then sometimes you really are just going to have to wear a hit. Power Ups and Health are spread throughout the stages and generally quite easy to track down. Lucifer’s Ring is never actually very hard with its various powerups and access to a super powerful attack that kept making me think that I was going to turn into a Dragoon (did I mention how much I liked that game?) 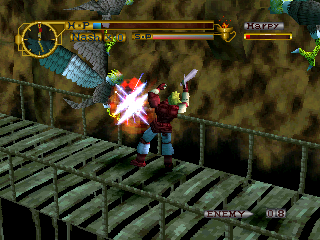 The stages themselves are rather straight forward and each time you finish a segment of the level you’ll be hurried over to the next. It’s all very linear and there’s no real capacity to go “off the beaten path,” and yet despite this I would occasionally become frustrated because there was something off in a corner that I wanted to go and see but I’d be automatically hurried on to the next bit of the game.

The game is enjoyable to play and clocks in at maybe an hour or two depending on how well you do on the platforming per play through. It’s a fun and enjoyable little title and light on your hard drive at 78mb, so it’s a good way to kill some time as long as you don’t mind the occasional gameplay relic in your game.