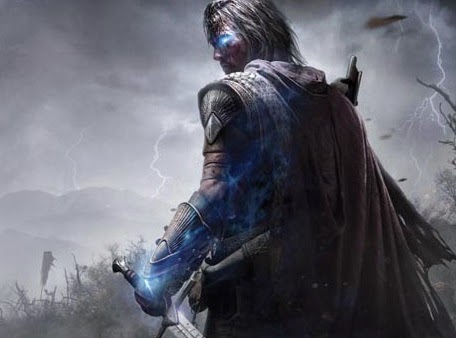 I was tentatively interested when I heard that Middle-Earth: Shadow of Mordor was under development. Warner Bros hasn’t done the best job with the franchise, but coming off the highs of the Batman franchise, I had hoped that it would have worked out how to do a franchise justice.

Then I saw the gameplay video for the game. You can see the footage embedded below. I was not impressed. Not impressed at all.

While Middle-Earth: Shadow of Mordor looks like it will be decent enough fun, there’s not an original bone in this game’s body, and I expect far more creativity from this franchise.

Then there’s the hero. A half-dead/ cursed/ bent of revenge protagonist that burns with generic rage; the first dozen or so times this character type was amusing enough, but that first dozen or so times was over and done with back on the PlayStation 2. I saw no indication that this “hero” was in any way an especially well-written character… or anything more than a tool for slaying countless orcs, really.

The environments are hopelessly generic, too. We’re talking about very standard medieval “ghost-town-overrun-by-orcs” environments, which makes sense in the context of the game’s setup, but it nonetheless lacks any kind of imagination. It’s also far too obviously designed for players to sneak and slay their way around. The dual wires that are conveniently placed for the hero to sneak across? That there is pure constructed nonsense. If the open world environments are to become a major part of next gen game development (and that’s almost a guarantee with how many of them are on the way), then what is going to separate the good ones from the pack is going to be believable environment design. Those developers that create environments solely for the purposes of letting players complete said games are going to end up with play spaces that look positively contrived, and Shadow of Mordor’s environments look contrived.

I’m still somewhat keen on playing this game; even at a worst case scenario it’s looks set to be no worse than a bog-standard open-world Assassin’s Creed/ Batman clone. That will make it good for a weekend’s play… but not much more than that, and I personally believe that Tolkien’s universe deserves better than that.

Ubisoft took a big risk with Might & Magic X: Legacy and I hope it pays off

Trailer: Castlevania: Lords of Shadow 2 shows off its cinematic side