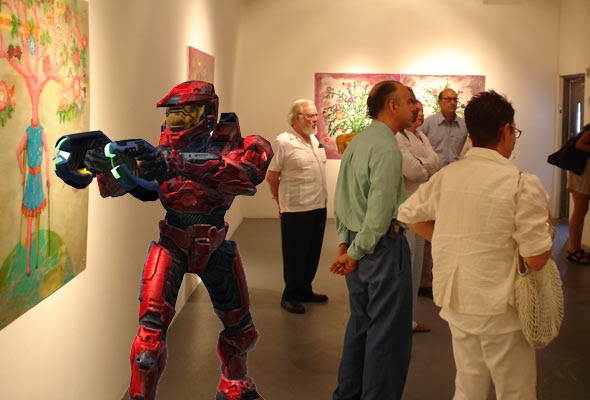 Jonathan Jones over at The Guardian has held the attitude for quite some time that games are not art. He’s argued it in the past, and after receiving a PlayStation 3 and, apparently, Tomb Raider, he’s maintaining that argument.

I found it somewhat amusing that he made his argument in the same week we launched a Kickstarter that proves that games are indeed art. Now, the Kickstarter might not be successful (though I certainly hope from the depths of my soul that it is, so if the topic interests you, please do support it!), but that would simply demonstrate that the appetite to read about games as art isn’t quite there in the games industry as yet – not that the games themselves are not works of art.

What confuses me about Jones’ line of argument is that he simply states that games are not art, without clarifying his position. He’s played one game, and because that one is a piece of entertainment, he seems to be arguing that all games are entertainment.

That’s not how art industries work. Cinema is still an artistic medium, even though The Avengers or Michael Bay’s films are pure entertainment and little more. Beyond that, art and entertainment are not mutually exclusive attributions; there are any number of examples of literature that is both entertainment and holds artistic merit (think Lord of the Rings, Dracula, or certain Stephen King works).

Finally, what was once considered pure entertainment can be revised as history finds the work to hold artistic merit. People often forget, but Shakespeare was, back in his time, considered to base pop entertainment.

Finally, we are already seeing the industry revise its analysis of its classic games – where something like Super Mario Bros was played and enjoyed without a second thought back in the NES era, we are now taking a close look at its technical construction as we would admire the brush work of a master painter, and critics are writing about the social and cultural impact of games like it as a sociologist would consider any other example of popular art.

So Jonathan Jones’ perspective on games is both incredibly short sighted and wildly inaccurate. It’s disappointing in the extreme that those of us in the industry itself, be that game developer, critic, or consumer, still needs to have this “can games be art” debate with the vestiges of traditional media that just don’t get it.