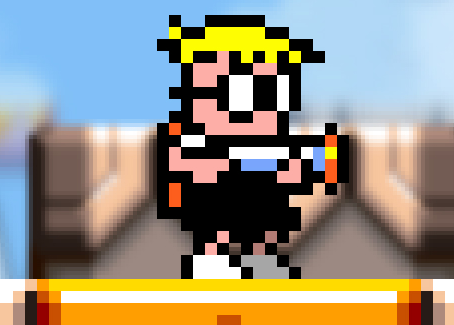 When it comes to video games (especially indie platformers), we are very quick to slap a “retro” label on new titles. This isn’t necessarily a bad thing; it’s a lot easier (from a technical and production standpoint) to hearken back to old-school graphics. But most of these games are only retro in their looks – they hardly feel or play like the games they attempt to emulate.

Mutant Mudds is a bit different in this regard. Sure, it looks like an NES title, and sounds like an NES title, but more importantly, it plays like some of the very first platformers that have graced the industry. Is it a bit simplistic in nature? Sure. But does this really matter? Absolutely not.

Like the Mario and Mega Man titles from years past, Mutant Mudds is light on story. You play as Max, an adventurous boy who has taken it upon himself to rid the world of the invading Mudds, armed only with a water cannon and jetpack. The simple premise extends to the game’s world – at the outset, only one level is available for play, but as you complete more stages, you will unlock more worlds and levels to explore. 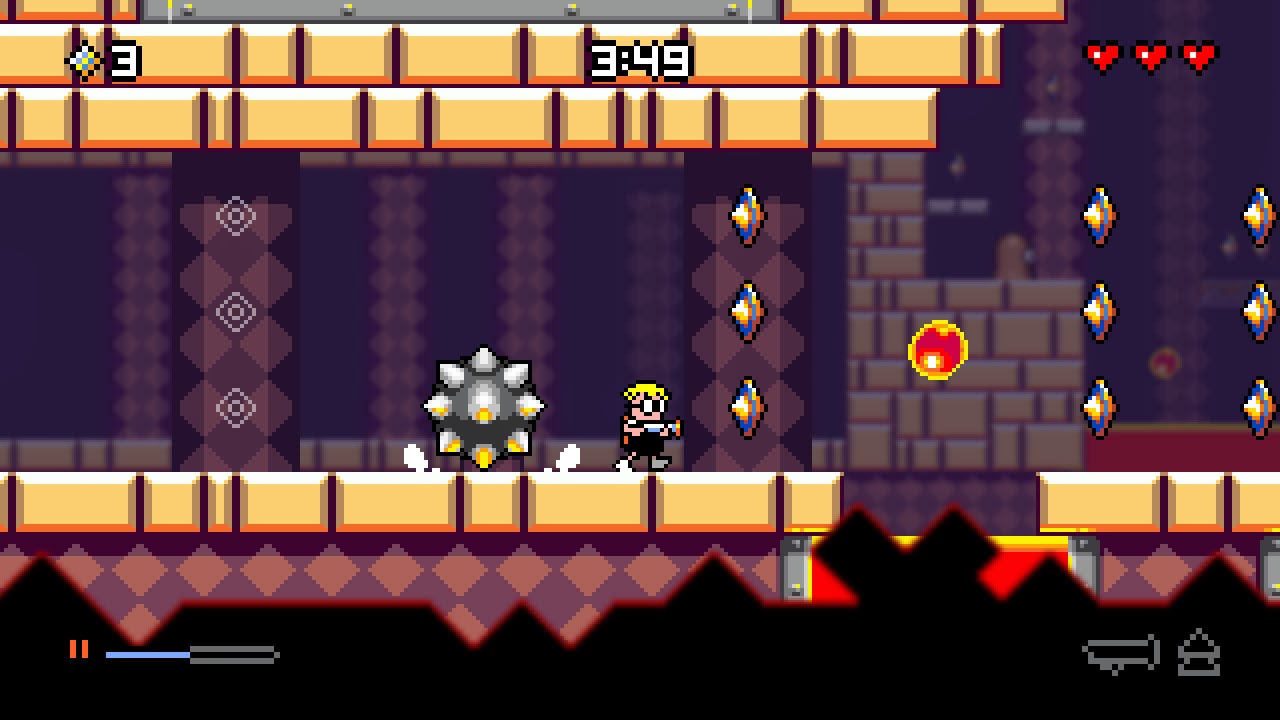 If you’ve played Mutant Mudds before (or if you checked out our reviews of the Wii U and iOS versions), then you’ll know that Mutant Mudds is fairly straightforward in terms of gameplay. You’ll maneuver around each stage by jumping and using your jetpack, which can be used to clear obstacles and avoid enemies.

The platforming is simple enough, but as you progress through each world, bigger gaps and disappearing platforms ratchet up the game’s difficulty, and perfect timing will be required at one point or another. Enemies go down in a few shots of your trusty water cannon (most enemies just move back and forth at fixed locations, but some will attack Max if provoked), though you can also choose to avoid combat in many cases.

Each level also houses 100 collectable diamonds, which you can choose to chase after if the mood strikes you. While they aren’t required to unlock levels, collecting diamonds paves the way for upgrades, including a powerful vertical boost, an increased range on your water cannon, and double the hang time on your jetpack (which is arguably the best upgrade). 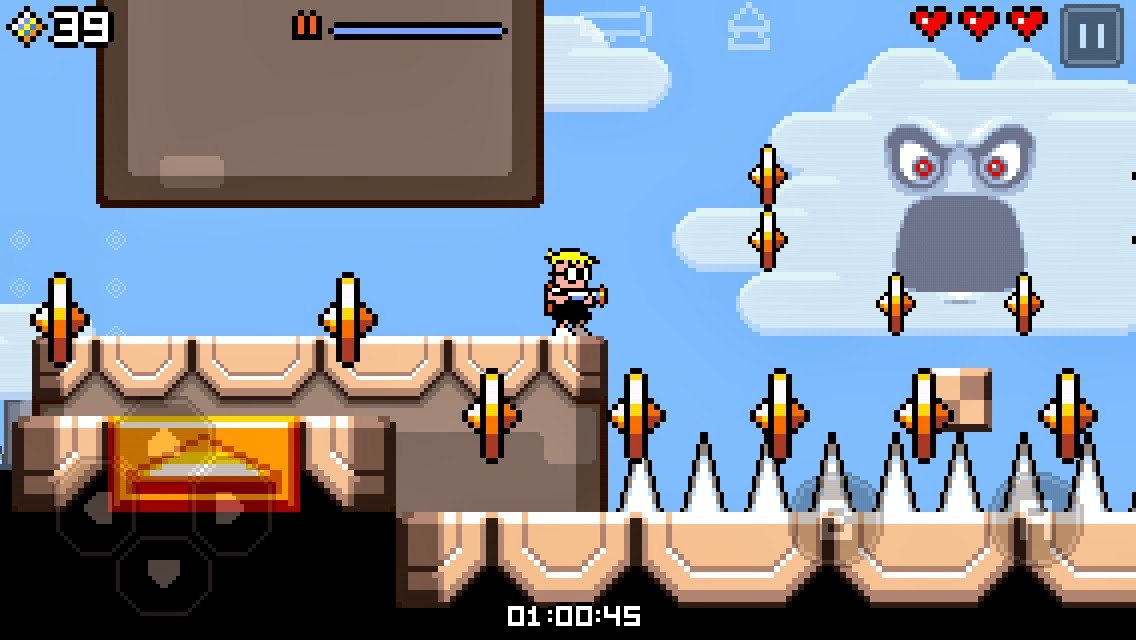 While there are only 20 base levels, Mutant Mudds adds some (much needed) replay value through additional hidden and alternate worlds. Each of the standard 20 stages has hidden levels (which, in a nice touch, are reminiscent of the aesthetics of both the Game Boy and Visual Boy classic consoles), and once you’ve collected every single diamond, you’ll gain access to Max’s grandmother, who can in turn, play through 20 more levels. The Deluxe version of the game also adds 20 remixed ghost levels, bringing the total count to a healthy 80. The PSN version of the game features cross-save and cross-buy, and while the game looks nice on the big screen, it’s definitely suited for the shorter play sessions on the go. If you have the chance to play on the Vita, definitely do so, as the game really shines on the OLED screen (especially when you up the brightness a bit).

If you already own a copy of Mutant Mudds, there isn’t much reason to double-dip (especially since older versions of the game will receive a free patch that will add-in the new levels), but if you still haven’t tried out Renegade Kid’s newest platformer, then definitely give it a go.

Digitally Downloaded has launched our very own Kickstarter! Please support our dream!