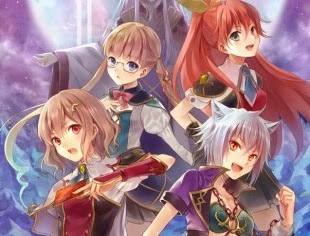 Idea Factory excited fans when it revealed that it was indeed localising ultra-niche card battler Monster Monpiece for the west.

Then Idea Factory annoyed fans by admitting that it was doing a bit of self censorship, with a fair portion of the Japanese game’s art being removed for the western release. None of the gameplay would be affected, but the art was gone.

Over on the Idea Factory forums the fans have really exploded over this, and so Idea Factory has sent out this statement to try and explain the situation. I’ve pasted it below verbatim for you to have a read.

Now it must be said that I hate censorship with a passion, especially when the way censorship works in games is so unbalanced (thanks to the cultural attitude that the slightest hint of sexuality and the morality police are up in arms, but exploding heads are wholesome activities for the whole family), but I do understand why Idea Factory has done this. I really do.

If Idea Factory left the art work in tact then it was facing Government censorship around the world. Perhaps the game might have passed in the US. Perhaps. But in other markets it wouldn’t have a chance. I don’t know if Idea Factory is releasing it in Australia, but with those original cards included it would have been refused classification. In some European countries the classifications boards are just as strict as in Australia. 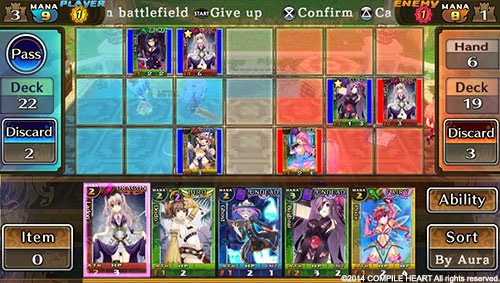 For an ultra niche release a publisher simply can’t afford to release a game unless they can maximise its reach. So Idea Factory was faced with a choice – either don’t localise it at all, or engage in some self censorship.

In other words, what I am saying here is that it’s not Idea Factory’s fault that Monster Monpiece needed to be censored. It’s the ridiculous hyper-sensitive culture that has built up around games. Direct your anger in the right direction, folks.

The statement from Idea Factory:

Idea Factory International is fully aware of the concerns expressed by fans, so we would like to inform everyone about the censored images in greater detail.

Monster Monpiece is a card battle game, in which players summon various “Monster Girls” onto the game’s battlefields and then fight their opponents. These cards—meaning the “Monster Girls”—are able to be powered up by exposing themselves (taking off their clothes) via the level-up features called First Crush Rub and Extreme Love. We kept the same number of cards in the game as the original Japanese version, but replaced some of the higher level Monster Girl images with the “less exposed” lower level versions of the corresponding Monster Girls due to some intense sexual imagery. The number of censored cards is about 40 out of the approximately 350 card images available in the game.

This means that over 300 cards are left untouched from the original images. That said, each card that has had its image removed will still have the same number of levels for the player to increase, but the higher level card images will be the same as the lower level, even though they have leveled up and have become more powerful. We would like to emphasize that the game’s playtime, the game’s system, and the game’s features are all the same as the original Japanese release, and players can level up their Monster Girls to the highest levels as well, again, matching the Japanese release. 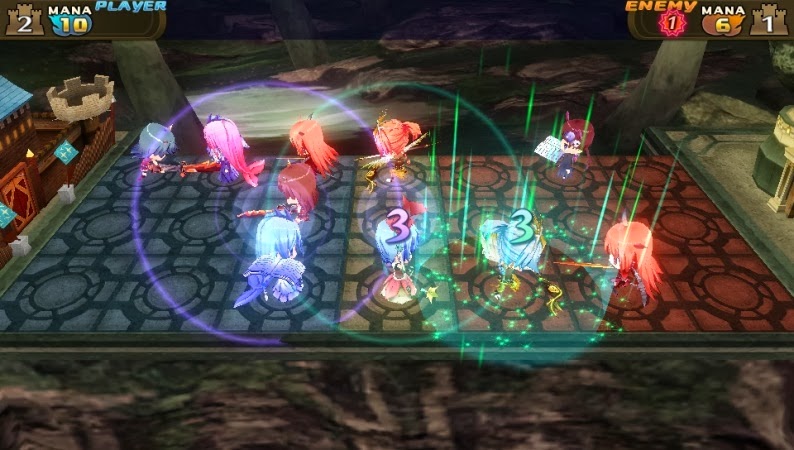 This was a very difficult decision since we work very hard to satisfy our fans and want to bring the same content being offered in Japan. However, Western society is not as lenient as that of Japan when sexual images are involved—especially images of humanoids that appear to be younger than a socially acceptable age. The borderline of what is “acceptable” will always be extremely gray and vary from person to person, but as a responsible company working in the U.S., we had to make the difficult decision that we did. We sincerely apologize for those who do not agree with any level of censorship, but we greatly appreciate your understanding with the decision we have made.

About the rating differences between North America (ESRB, Mature) and Europe (PEGI, 12): The reason for the difference in these ratings is simply the difference in the rating system between ESRB and PEGI. We received a Mature rating for Monster Monpiece from the ESRB with the censored material we submitted. However, for PEGI, and with the same material assets for their review, they rated it 12+ because of the minimal amount of violence shown in the game. We appreciate your understanding with these rating differences.

Kickstarter Update: Techland to participate in our book!