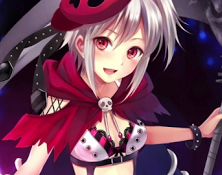 Well, those rumours that we reported on not long ago have panned out to be true; card-battling strategy game, Monster Monpiece, is indeed heading out to the west.

This is something that we never thought would happen, given Monster Monpiece’s risque premise, and it’s quite an old game in Japan now, which usually means that if it hasn’t been picked up, it won’t be.

But Idea Factory, having set up a US office, is apparently hard at work and the game will happen. But there’s some bad news mixed in there; the localisation team has removed entire cards that it has deemed too edgy for the western audience.

Given Idea Factory’s fan base (and the disappointing sales that Mugen Souls saw for its light censorship), I can’t see this ending too well for the publisher, despite taking the localisation risk.

And while I’ll pick up a copy myself (assuming it makes its way to Australia) simply to support the localisation effort, I do have to say I don’t approve of censorship to appease the people who were likely to never play this game, but get upset when they hear about its content.

Ah well. At least we’re getting the game in English.