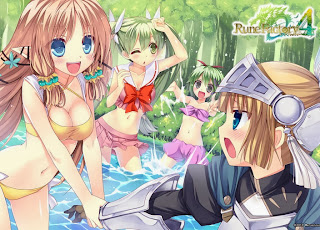 Just before Christmas we reported the very sad news that the developer of Rune Factory 4, Neverland, had gone bankrupt, despite its final game (that being Rune Factory 4), being a massive hit on the charts.

With the game not yet released in Europe and Australia, many worried what the bankruptcy of the developer would mean. And now we know: we’re going to miss out on the game completely.

See, folks? When I point out that it’s a good thing for a developer to be profitable, and as much as people complain about the price of games and the presence of DLC and microtransactions and things, the alternative is worse, this is what I meant.

Neverland didn’t make enough money, so us Europeans and Aussies miss out on Rune Factory 4, and the Americans very nearly did too, as the bankruptcy didn’t come so long after the game’s US release.

So buy the games you like at full price next time, ‘k?