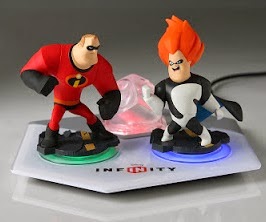 In what will be a surprise to no one, Disney’s Skylanders riff, Disney Infinity, is off to a spectacular start.

According to a report published on gamesindustry.biz, the company has sold three million starter packs to date. That’s just the starter packs, mind you, not individual miniatures that kids got for Christmas from Santa, or old school Disney fans bought for their collection.

And make no mistake, it was Christmas that generated this great result for Disney. Up until the end of November, it had only sold a million starter packs. In other words what was once a middling hit (and looking unlikely to recoup the massive cost of development), Disney Infinity has become the real deal and a major opportunity for Disney into the future.

Just imagine what will happen once sets for Star Wars, Marvel, or classic Disney start popping up on shelves.

Disney Infinity is of course a great game for people of all ages, and it makes us glad indeed to see that it’s performing so well in the market. Fingers crossed that Disney continues to support it and see returns from doing so.

Europeans and Aussies won’t get to play Rune Factory 4