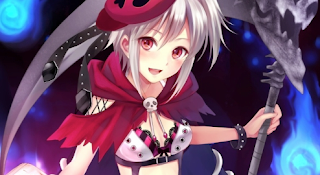 Monster Monpiece is a game from Compile Heart/ Idea Factory that I don’t think anyone would have expected to see localised.

After all. It’s a game that involves holding your Vita lengthways, and rubbing both the top and bottom touch screens vigorously to power up female characters (and results in them wearing less clothing). I’ll allow your imagination to figure out what that activity looks like in action. 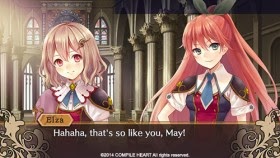 Despite this the game itself looks like a lot of card-battling fun, and certainly has achieved a degree of popularity in Japan. We asked the head of Idea Factory in the US if there was any chance of a localisation, and were disappointed by the response, but then English screenshots have popped up on the Idea Factory website, suggesting that it’s going to happen after all.

Now if only Tecmo Koei could also bring across some of GUST’s unlocalised games. Ciel no Surge, for instance. 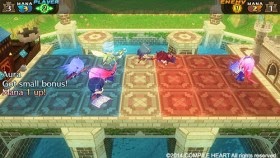