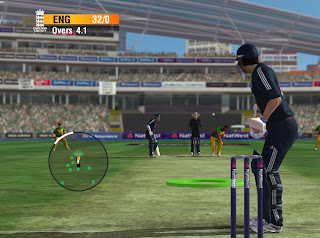 Something that I suspected was on the cards has happened; after numerous delays Trickstar’s Ashes Cricket 2013 has been formally canned by publisher 505 Games.

After a disastrous release on Steam, the console versions will never happen, and if you weren’t quick you won’t get the chance to play the PC version either – it’s also been pulled down.

By all accounts the game is truly terrible, so not playing it is not necessarily a bad thing, but through the whole nightmare we have been holding out hope that this game would turn out to be good; there was going to be a Wii U version, and that could have been truly awesome.

Trickstar has a good track record with cricket games; International Cricket 2010, for instance, is a truly decent attempt at the sport. According to 505 Games, the team has selected a completely different engine for this game, and despite the numerous delays could simply not get it to work for the sport of cricket properly.

It’s sad news indeed. When we interviewed the developers they seemed very keen on their work and cricket is the finest sport on the planet. On the plus side, there is still hope and another Aussie developer is building Don Bradman’s Cricket 14. We hope that one turns out as good as it is currently looking.