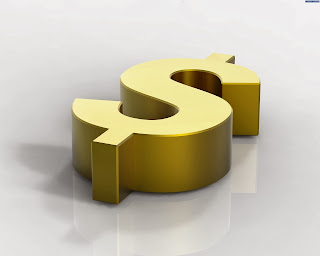 Jim Sterling’s a really good guy. I agree with him nine times out of ten in his Jimquisition video show. But in the latest one Sterling’s decided to go after microtransactions in retail games (specifically the Microsoft Xbox One launch lineup that included two examples of such – Ryse and Forza). This one I didn’t agree with.

I agree that microtransactions suck, but let’s just assume for a second that it’s expensive to make a game for a newly launched HD console with a tiny install base of a few million (and it’s the correct assumption to make); how else are game developers meant to make a healthy profit from their investment? As much fun as it is to hate developers and publishers for being businesses it’s a basic reality that as businesses they have a moral and ethical obligation to make a profit from their products.

There is evidence everywhere that even when building games for consoles that have tens, if not hundreds of millions units in houses, it is still too expensive for develop for these devices and making games for those consoles is sending developers bankrupt. The industry has not been a genuinely sustainable one from a business point of view for some time. In just the last year the following developers have all gone bankrupt, and these are just the ones that we’ve reported on:

Are there even 3.4 million Xbox One consoles in households around the world yet? That list above was just the tip of the iceberg and doesn’t account for the fact that many developers and publishers have been genuinely struggling to even break even in recent years. It’s time to point out a basic reality here; you guys want those great looking AAA-games (and you do want them or the market wouldn’t be selling 1000 of them for every independent game sold). You wanted more powerful consoles, and games that take advantage of that power. Well, incredibly enough, these cost a heck of a lot of money to make, and that’s not going to change any time soon.
The easy solution would have been to increase the RRP of games to something more reflective of the actual cost in making the game. But that wasn’t going to work for two reasons – 1) the market is incredibly commoditised and consumers are conditioned to wait for sales or second hand copies, and 2) consumers don’t think games are worth much money.
So developers needed to make money in some other way, and microtransactions actually fit in with the way that consumers like to spend money on games these days. Is it a pain? In one way, but considering that these microtransactions would allow the developers and publishers to continue to scale the quality and production values of their titles in line with gains in console power and still make enough money to continue to make games, you would think that consumers would appreciate the totally optional microtransactions so that it allows their favourite game developers to stay open and keep the RRP down.
You would think that, anyway.

Australia’s Game of the Year is heading to Japan