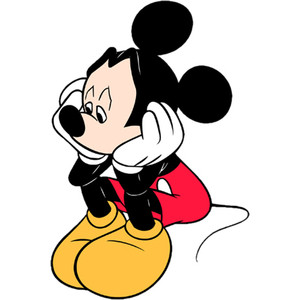 Most people in the games industry are now aware that Warren Spector’s studio, Junction Point, has been closed down by parent company Disney.

Junction Point had a too-brief history, and produced just two games. One, Epic Mickey, saw middling critical success, but was a genuine commercial hit as a Nintendo Wii game. Indeed, it was one of the very few third party Wii exclusives that justified the production of a sequel.

It’s no surprise that it was a commercial success of course. Epic Mickey starred the world’s most famous mouse, Mickey Mouse, in a decidedly adult adventure. It was a Mickey game for adults that grew up loving Mickey Mouse.

Unfortunately the sequel not only underperformed in the market – it bombed completely. This is despite it being a cross-platform title, and though the critical reception was even weaker than its predecessor, we here at Digitally Downloaded did not mind it at all. It might not have lived up to its potential, but certainly there was no reason to think Mickey and Disney tragics (such as us) would avoid the game.

And yet the seemingly unthinkable happened and a product starring Mickey Mouse failed in the market. And, as if we needed more proof that the games industry is one of the least healthy business environments to work, a studio with the backing of one of the largest and wealthiest entertainment corporations in the world was shut down for a single failure.

Around the message boards and comments sections I have seen the usual pointing and blaming by gamers at Disney’s allegedly shonky business practices and even joy that the people who worked at Junction Point no longer have jobs. Both groups are missing the point to a lesser or greater degree. The basic reality is that this is yet again an example of the games industry that is so intolerant of failure (because it costs too much to support) that, at the mid-to-big budget end of things, it is headed directly towards a dark ages in terms of creative though and expression.

That’s if it is not already there.