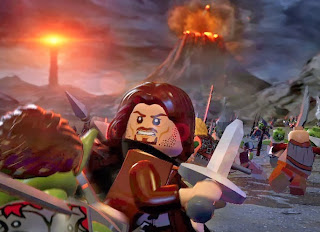 Developing a game around a legacy like The Lord of the Rings is a not easy. Sure, it helps to have some of the most famous characters in the history of literature, television, film and comics on your side but still, it’s also so easy up upset fans by doing something wrong, and we’ve seen that happen often enough with Tolkien’s work. Time and time again the Lego games do a stand-up job of living up to the legacy. Producing games with DC characters, Marvel characters, Indiana Jones, Harry Potter and so on has always guaranteed interest in what the development team is doing. Now there’s the second new Lego game on iPad in less than a month (following Lego Batman: DC Super Heroes). I can’t see anyone having anything but a blast with this game.

When looking at Lego: LOTR, it’s tough to find many chinks in the armour. The game follows the path of the films, almost to the tee. And why wouldn’t you? With the Peter Jackson films making a combined $2.92 billion at the box office in the cinematic release and then showing up in almost everyone’s DVD collection, the take on the story is near ubiquitous in our modern culture. Lego: LOTR cashes in on that familiarity with a game that allows you to explore, fight and solve problems to make it through the LOTR saga. The game is huge and uses the book’s map of Middle Earth. And the quest is huge; in fact, after playing as often as I could over the week, I have only just completed what would be the Two Towers segment. Being that it seems like a little kids game on the surface, I think many adults – myself included – will feel that they need to finish it 100 per cent because it does such a good job of playing to our sense of nostalgia, and appreciation for good, clean fun. 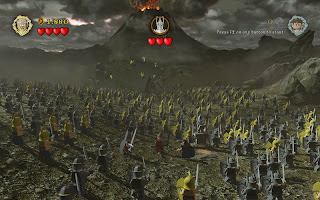 One of the hallmarks of the Lego series is the humour. Typically these games are games that demand that you watch the cut scenes. You can skip them, but to do so is to largely miss the point of the game. However, Lego: LOTR cuts way back on the humour. There are some chuckle-inducing moments here and there but it feels remarkably less inspired than past Lego games. Possibly the reason behind this is the voicing is directly from the film. This adds to the feeling of familiarity with the soaring LOTR themes underscoring every scene, and while that presentation is fine, for those who don’t particularly like listening to the music or dialogue (or are playing on a train with no headphones), all of the dialogue is also in subtitles under the action.

It’s great seeing all the characters from LOTR in realised in Lego form. Featuring over 90 characters that you have to unlock, it’s pretty much guaranteed that your favourite character is in there. This is where the replayability comes to the fore, allowing you to sub in new characters to iconic scenes when you are on free play. 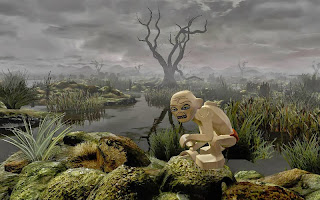 After playing Lego: LOTR for some time on the iPad, there are a few things that do end up frustrating. With games like this, it’s hard to translate onto new mediums without some issues popping up. As with many games on iPads, the main difficulties come in terms of controls. There is the option in this game to use the touch screen or the virtual controls from many other games. In trying both, the touch screen option is clunky and while the virtual controls still aren’t perfect, they make it much easier to navigate around with. On console the game will often demand button mashing (for combat) or precision (for platforming), but the nature of the touch screen controls isn’t perfect and leads to some untimely deaths. This might be a common gripe with iPad games but it developers are getting the hang of it, and players are becoming more comfortable with virtual controls, and there are worse offenders out there than Lego: LOTR.

In terms of bang for buck, LEGO: LOTR is easily worth it. At $5.49 for Australians it’s only 50c more than the US price. With the quality of the game it is easily worth more, especially when paired with the length of the game. However, for those with iPads with smaller amounts of space available, it’s worth noting that it  takes up a big chuck of space with 1.3 GB. On the upside, it’s a great opportunity to do some spring cleaning on your iPad.

Really, I feel that Warner Bros. is short changing itself at $5.49. This is a game that launched for $50+ on consoles, and good luck finding a $5 copy anywhere on any platform now, even with discounting. Even taking into account the slightly inferior controls, there’s no way this version of the game is worth so little. It’s strange to think that just because it’s on a mobile device the developer should have to cut the price down so far just to compete.