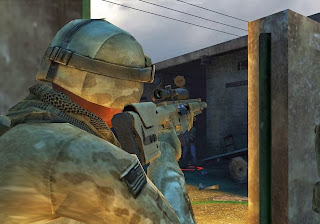 The idea behind Arma Tactics appeals to me on many levels. Having played and enjoyed the Arma shooting titles, I liked the idea of a tactical game based on the series. Described as a turn-based combat strategy game, Arma Tactics drops you into a scenario without any guidelines to necessarily follow – simply try to complete your story-based missions (with some randomised objectives sprinkled in) in whatever fashion suits you best.

Unfortunately what sounds good in theory did not play out so effectively in reality. The iOS game came out first, and in many ways the control scheme of the PC game feels like it was still optimised for a touch interface. The mouse and keyboard do still work, but on a PC it seems like these should feel a bit more natively integrated. I will get credit to the game for having controller detection as well for people that want a console experience, which generally works well. In fact for moving around the map, I liked it better than the mouse controls.

The immediate comparisons need to be made to the popular XCOM, which is also a top-down tactics strategy game. Unfortunately XCOM simply feels more polished. The visuals in Arma Tactics are not bad, though it can be difficult at times to pick out things in the environment. This is not so much due to a lack of detail as variety in colour scheme, which leaves everything looking much the same during some of the scenarios; in other words, for proof that camouflage works, look no further than this game. And where XCOM’s simple characterisation meant players would build up an attachment to their little heroes, here the characters feel like personality-free clichés and missions tend to feel a bit too ‘been there and done that’. 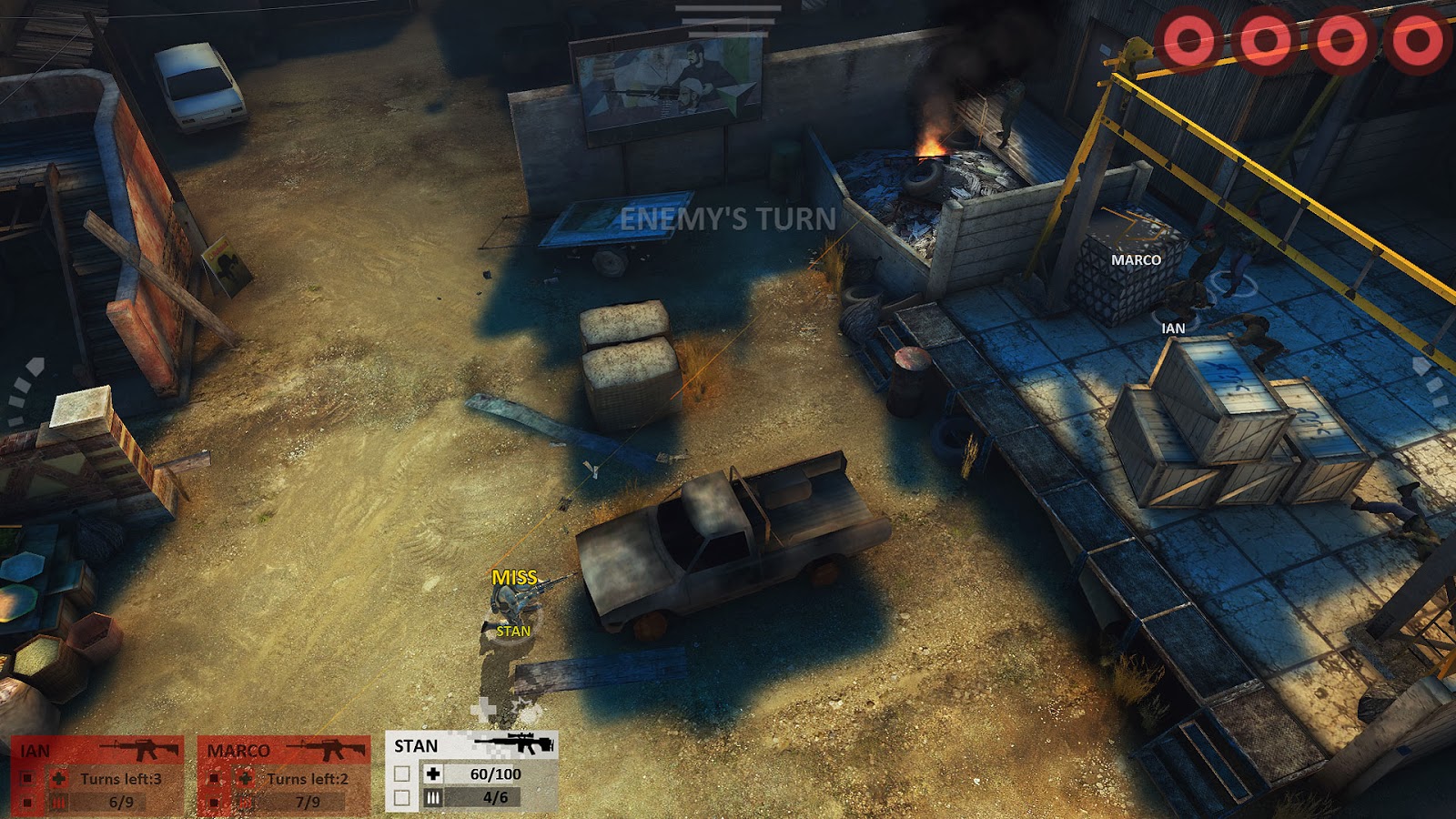 I can appreciate that Arma Tactics attempts to be flexible with the player. You can move your units around wide open maps as strategy dictates. You can try to use stealth, which is actually more entertaining in my mind than the fire fights. Sneaking up behind an enemy and knifing them in the back is a bit more thoughtful than finding cover and spraying bullets at people, and also considerably more reliable (more on that below).

As long as the strategy portion held up, there would be a reason to recommend this still, but unfortunately the AI often is quite flawed and the cover mechanics suspect at best. The maps are large and sprawling, and your team of commandos generally lacks knowledge of where enemies are at until you or they have wandered into each other’s line of sight. It might be completely realistic and logical, but you are heavily outnumbered and the cover mechanics simply do not work as well as you would hope.

Whenever you move into line of sight with an enemy, you have an opportunity to fire on them. Some percentages show up, giving you an idea of how often you will or will not likely hit. One scenario in an earlier map though, really demonstrated how much luck is in this equation. I had two men perched on top of buildings with great lines of sight. I had an over eighty percent chance of hitting the men below me. Two of them, two of mine. I had cover and angle and their odds of hitting me were less than twenty. Two rounds for the exchange to finish – and I lost as they managed to hit every one of their shots, and I only landed one of four shots, and it failed to fell my opponent. I was quite a ways into the map as well, but right then and there, I had to start over. Mission failed due to impossibly poor dice rolls behind the scenes. 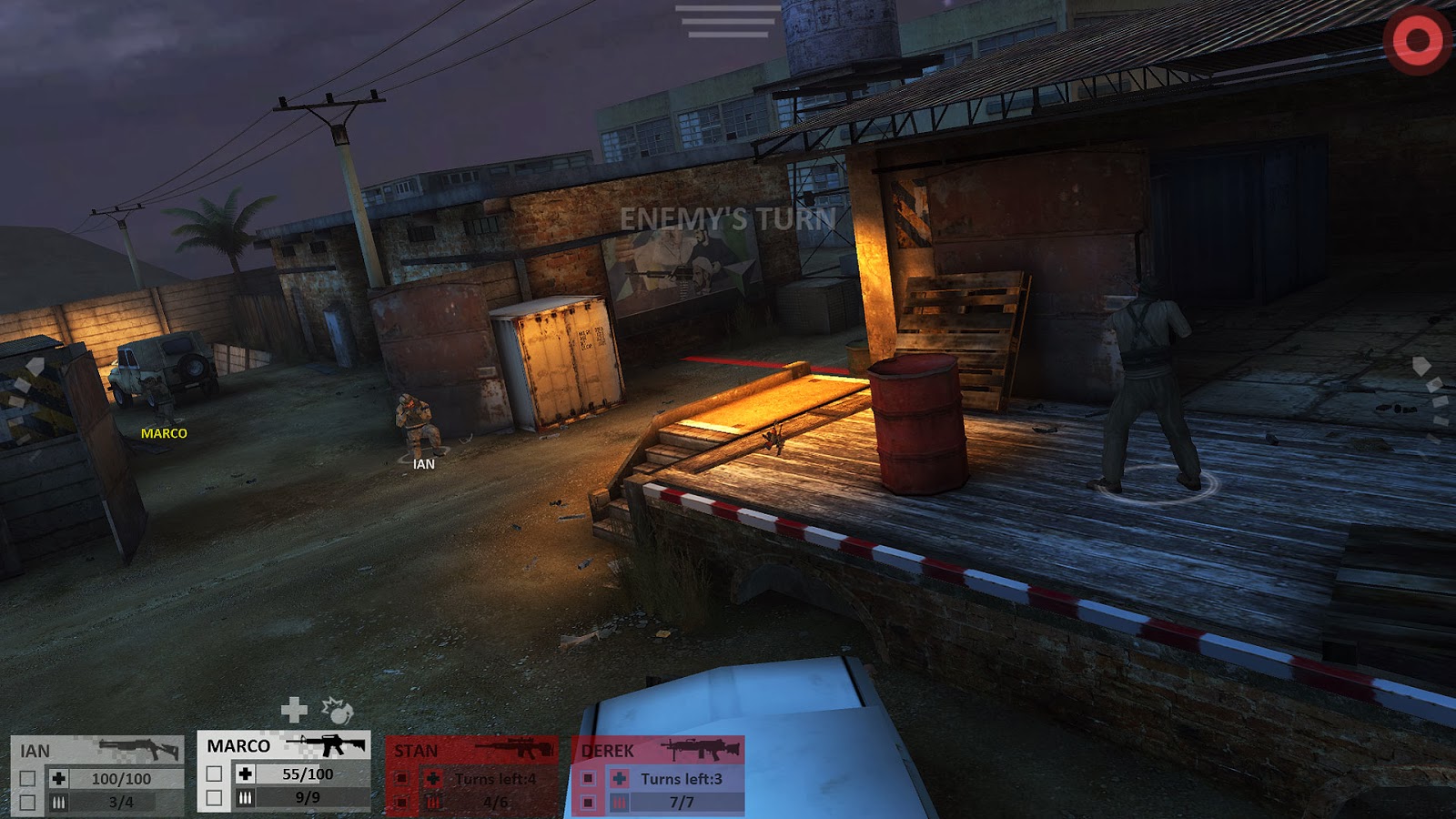 The AI itself is very simple. Clusters of enemies will pour out of a location and set themselves up to be mowed down (well, when luck is on your side). It almost feels as if this is to compensate for the somewhat suspect coverage and percentage mechanics, because if they actually used similar tactics to yours, they would probably win quite handily each time. Instead the enemies often stand out in the open and let you take pot shots at them. In later stages they do get somewhat better, but will certainly not substitute for an actual sentient person behind the wheel.

There are some cool systems at play outside of the core game, where you can earn credits for better gear, and some mission creation tools that are fun to play around with. Unfortunately these bells and whistles dress up a core system that at its heart really is just not terribly fun to play when it is all said and done. There are some excellent ideas here, but unfortunately at this stage the execution is lacking.

Atelier Escha and Logy anime? I just died and went to heaven