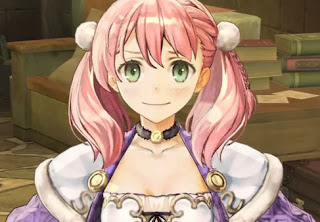 As everyone who has read my ramblings knows, I’m a big time fan of GUST’s Atelier franchise. Atelier Escha & Logy is coming early next year, and we’ve just been hit by even better news; there’s an anime coming.

Announced at the 20th anniversary celebrations at GUST, the anime series will be produced by well regarded studio, Studio Gokumi, and will air in Japan at some point in 2014.

This is an interesting game for the Atelier series, so I’m not surprised that this was also the game that they’ve selected as for the anime tie-in. For the first time there’s a male protagonist to go with the traditional female lead, and this gives players two completely different experiences depending on which lead they choose to take control over.

As such this is perhaps the most broad-interest Atelier game developed yet, and now is the right time to broaden the fan base even further with an anime.