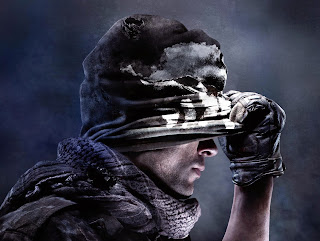 The Australian Classification Board has seen fit to give Call of Duty: Ghosts a MA15+ rating. This is the second-highest classification available in Australia and is intended to bar children under the age of 15 from playing the game under any capacity.

But it isn’t the highest R18+ rating. It does mean that children will get to access it, and it’s yet the latest in a long string of hopelessly inconsistent ratings decisions by the Board that mean that the ratings don’t actually mean anything to the people they’re there to advise: principally, the parents.

Anyone who doesn’t think a Call of Duty game is explicitly violent is a complete nutjob. These games absolutely revel in the bloodletting and headshots, rewarding players who go on killstreaks with even more powerful tools to go on even more bloody rampages. Further to that, it turns this extreme violence into a spot of good fun, effectively desensitising the audience to what they are experiencing. Where other violent military games like Spec Ops: The Line will ask some hard questions of the player amongst the carnage through the narrative, and thus deserves to be contextually protected and legitimised as an attempt at using art to question violence, Call of Duty reduces the impact down to that of a Sunday walk through the park.

I’m going to assume that commercial pressure from Activision brought about the MA rating, just as Hollywood films seem to magically get more commercially-friendly ratings in Australia than those weird foreign films (it’s OK for a Disney film to rack up a kill count in the hundreds, but have one guy die in a film from France and BAM! R rating). But it’s a failure by the Board. The Board’s job is there principally to inform parents on the content that their children are experiencing.

The Board’s job is not to be a force of morality in Australia. The Board is not there to espouse Christian values which state that sex and mind-altering substances are a horror onto society but violence is a healthy family pastime.

And yet the Classification Board is increasingly adopting the attitude that it is indeed the conservative Christian gatekeeper by which Australians need to get permission before they can access content. By pretending that Call of Duty is wholesome for children, you people who work for the Classifications Board, whoever you are, are failing completely in your duty.

Please note (because I just know someone is going to misread this and assume I’m calling for censorship); I am not suggesting that Call of Duty needs to be banned or in any way altered. However, by any measure by which you can gauge the impact of content, any Call of Duty game belongs squarely in the Adults Only category. It was one thing when Australia didn’t have an R-rating and it was better the game got released at all rather than banned, but now we’ve got that rating, so there’s not excuse not to apply it when it fits.