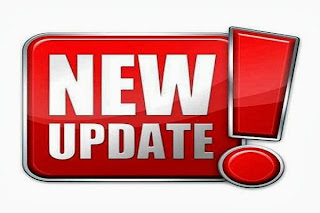 Pre-empting a new Nintendo Direct tonight, Nintendo has rolled out an update for its Wii U console. This is a major update that offers some great new features. Nothing console-selling, but good additions for existing customers.

The big one is that now Wii games (and Wii Virtual Console titles) can be played off-TV via the gamepad. It’s worth noting that the gamepad buttons aren’t part of the update – you’ll still need to use either the Wiimote or Classic Controllers to play the games, and this renders any game that requires the Wiimote pretty much unplayable off-TV. But for games that are Classic Controller compatible, such as Xenoblade or Pandora’s Tower, or games that don’t mandate motion controls, like Fortune Street, then this is a handy additional way to play.

The eShop has been tweaked with some new background music, as well as the ability to preorder games. There’s a bit of extra security built in too – people can now disable Network IDs on smart phones and tablets and things.

Some other minor features help boost the usability of the console’s Internet browser. USB keyboards are now supported, and it’s possible to view .pdf files now. It’s even possible to upload screenshots taken while in-game, so we can finally share our progress on Twitter and sidestep MiiVerse completely if we want.

This update is nearly a GB in size (700 MB, to be precise), so get updating now if you’d like to play it today at some point. Nintendo hasn’t sped up its download delivery speeds, it would seem.