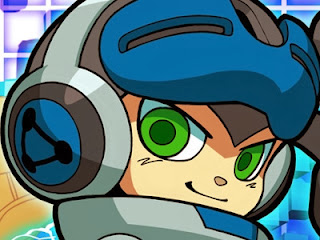 Comcept’s upcoming Mighty No. 9 seems to be living up to its title already, at least monetarily. Headlined by Keiji Inafune of Mega Man fame, the 2D platformer amassed $4,031,428 between over 67,000 backers and hit all of its announced stretch goals in the process.

One of the game’s main selling points has been its resemblance to the Mega Man series. Between non-linear level selection, a familiar protagonist design, and the ability to obtain new powers from bosses, there are quite a few parallels to be made with Capcom’s franchise. Many members of Mighty No. 9’s development team such as Mega Man 2 soundtrack composer, Takashi Tateishi, have also made their way over.
Part of the extra funding will finance new in-game content such as two new stages, several online and offline modes, a documentary, an extra character, an optional retro soundtrack, and an expanded final battle sequence.
The additional backing has also made it possible to port Mighty No. 9 to numerous other consoles. When it launches in spring 2015, Mighty No. 9 will be available for PlayStation 3, Xbox 360, PlayStation 4, Xbox One, Wii U, 3DS, PlayStation Vita, and various computer operating systems via Steam. Had the funding ceased at its original $900,000 goal, it would have been PC-exclusive.
Mighty No. 9 is still in the beginning stages of development and thus has no official footage as of yet, but the team recently released a brief video with placeholder assets to demonstrate the gameplay mechanics:
Share this