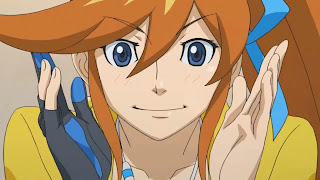 There were a handful of announcements made today during this month’s Nintendo Direct, but perhaps our favourite was the news behind Phoenix Wright. As of right now, 3DS owners can download a playable demo via the Nintendo eShop. Hopefully this demo will wet your appetite and hold you over the full game releases later this month, on October 24th.

There’s more to it though. Capcom has also confirmed that players who pick up Phoenix Wright: Ace Attorney – Dual Destinies between October 24th and November 7th will receive a costume pack free of charge, with alternate costumes for the three protagonists (Phoenix Wright, Apollo Justice, and Athena Cykes). Those who miss out on this promotion will still be able to pick up the costume pack for the low price of $0.99 (€0.99). Similarly, the extra DLC case “Turnabout Reclaimed” will go on sale shortly after the game launches, but a price and release date has yet to be announced.

Mighty No. 9 Kickstarter rakes in over $4M, releasing on eight platforms