When Card Hunter was pointed out to me, the idea of a web browser collectible card game with strategy elements held immediate appeal for me. I really did not know what to expect – some sort of a Magic: The Gathering Tactics game? That was what I was hoping for, but found myself surprised when it turned out that Card Hunter was not only quite different from that, but better as well.

Card Hunter hit me with an almost immediate bout of nostalgia, showing off a simple blue-covered book on a coffee table that would have looked right at home during my old tabletop gaming sessions back in high school and college. Then I dove into the tutorial, which talked about modules and only perpetuated that ‘sit around the table’ feeling that the intro screen had given me. 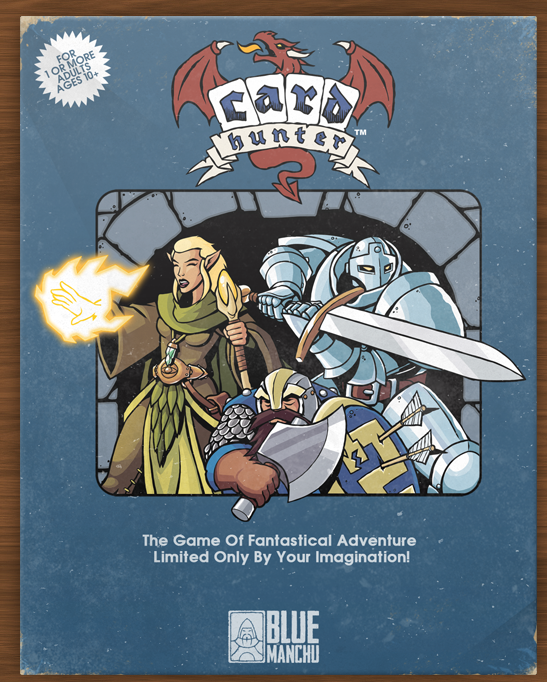 The thing about Card Hunter is it actually does not feel much like a collectible card game at all, but more of a tabletop board game with a fantasy setting. You kill creatures for experience, gather loot and travel the countryside using a map as you move from one quest to another. The first quest is doled out from that staple of all fantasy tabletop games: the tavern.

At first it all looks pretty simple, with the ability to move characters around on a board and use a range of abilities to combat opponents. This is where the card element comes into play, and it rather reminded me of the unfairly but heavily panned Dragonlance: Fifth Age game from back in 1996. There you used drawn cards to help you determine the success of your actions, and to a  similar degree, that is what happens here in Card Hunter as well. You might have cards for movement, or cards that block attacks, or a handful of different spells or attacks represented on the cards you currently have in your hand. Gain a new weapon? You get new kinds of cards in your shuffle pile.

There are plenty of strategic elements at play as well. One enemy in the early going spews acid onto the playing field, and walking through it will harm you. Spells can be great because they are ranged, but line of sight is important because you cannot just fling them through solid obstacles. Which direction your enemy is facing can greatly impact their ability to black your attack. There is a surprising but welcome amount of nuance to be had while playing this title.

I spent most of my time with the single player campaign, but there is a surprisingly fun and effective competitive multiplayer segment as well.

Oh, and the game is free-to-play. There are some options to purchase some additional content, like character appearances and such, but I never dove into any of that. The free offering has plenty of content and it looks like the game is being heavily supported. 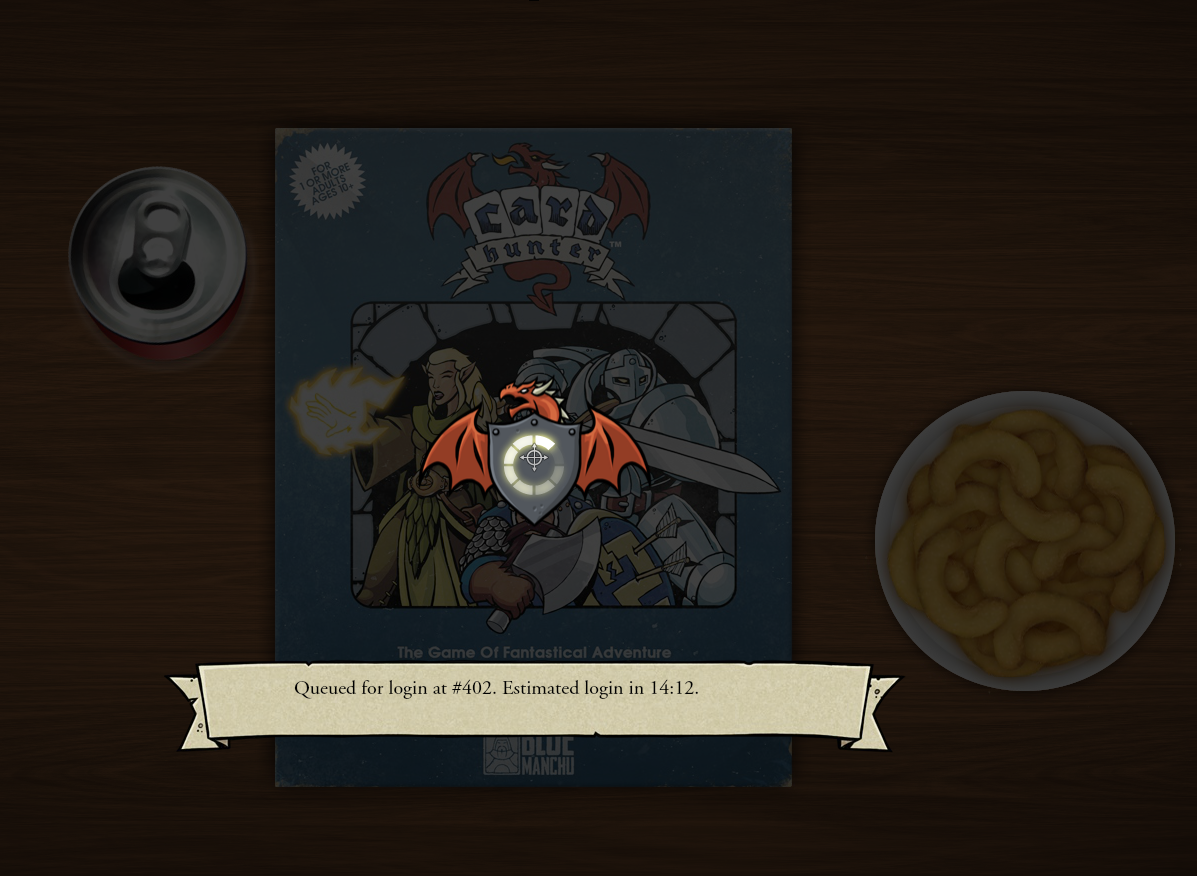 That is not to say everything is perfect. The game has proven to be fairly popular and there have been some pretty long queue times waiting to get in – as much as half an hour at times. I would have enjoyed seeing a bit more variety in the classes as well, and additional customisation options. For me a good chunk of the fun is making characters of the class and appearance I like, but here you have only three classes and a few default appearances to run with. Hardly a deal killer, and maybe the purchased content addresses that to some degree, but a little more flexibility would have been nice.

The tutorial does a good job of walking you through the basics, all while retaining that group of buddies around the tabletop feeling. Considering that this is a free-to-play game, and a browser game to boot, it would be easy to sell Card Hunter short. Heck, even the name feels a little generic. Do not be fooled however, because this game is a real treat, and given the price there is no reason not to try it and out see it for yourself.