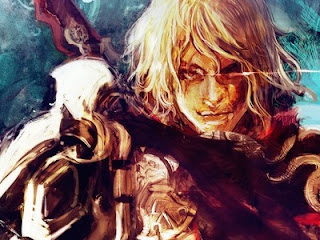 The upcoming crowdfunded game Project Phoenix managed to soar to its $100,000 goal today and is now slated for a multiplatform release within two years.
Project Phoenix aims to fuse elements of western and eastern design choices to attract a worldwide audience. Developers from all parts of the world are working together to merge JRPG and RTS elements for the game’s mechanics. The game will feature two types of combat; story battles and random encounters, which both revolve around a point and click battle system.
The game, despite being an independent project, certainly has a few known names behind it. Japanese composers such as Nobuo Uetsuma and Tomoki Miyoshi of Final Fantasy and Soul Calibur fame respectively will be contributing to the game’s soundtrack. Others include Australian game designer Vaughan Smith (L.A. Noire) and the German 3D modeler Steffen Unger (Halo 4, Crysis 3).
Perhaps equally as noteworthy as the game itself is the speed with which it was funded. Just nine hours after its unveiling, Project Phoenix hit the minimum $100,000 threshold. As of this writing, it sits at $198 418 – just short of doubling the original goal.
The game’s release will not be quite as speedy though, currently estimated to be released during mid-2015. The game is planned to launch on various PC operating systems (Windows, Mac, Linux) via Steam as well as iOS and Android but versions for the PlayStation 4 and PlayStation Vita are being considered.
Creative Intelligence Arts’s Project Phoenix Kickstarter page contains various promotional concept art and musical samples as well as a developer video.
Share this

Review: Romance of the Three Kingdoms IV: Wall of Fire (Wii U)