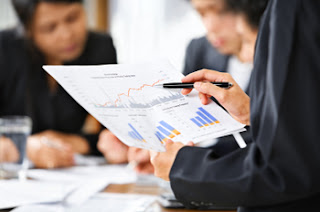 Recently, there’s been a lot of discussion as to where the gaming industry is headed in the immediate future. With the next generation of consoles fully looming upon us now, there are a number of questions to be answered on what we’re to be faced with in the next couple of years. Digital trends, used games, high-end development costs – these are but a few topics of concern for us at the moment, yet all equally impending matters of great importance.

Here at Digitally Downloaded, we recently got the opportunity to sit down with representatives of three different analyst firms specialising in the video-games industry. Speaking to David Cole of DFC Intelligence, Michael Pachter of Wedbush Securities and Liam Callahan of The NPD Group, we were able to gather their thoughts and projections on various affairs concerning the industry at present.

With all three next-gen consoles in full view for gamers now, there’s been much debate as to how they will face each other off over the next year on the all-important sales charts. At current, the PS4 seems to have established itself as the lead choice among the gaming community, although recent reports have also suggested that Xbox One pre-orders on Amazon have surpassed those of the PS4. On the other side of things, the Wii U still seems to be struggling past the gates, having shifted less than four million units in its eight months since launch.

DFC Intelligence’s Cole gave his forecast for next year’s performance, providing some insight into what is expected to become of the market for the Wii U, Xbox One and PS4 respectively.

“The Nintendo Wii U is expected mainly to appeal to core Nintendo consumers who like the big Nintendo franchises,” Cole said. “The Xbox One is likely to appeal to core Xbox 360 consumers in North America but is likely to struggle in other markets and not really be attractive to the mass market. This leaves the PlayStation 4 as having a chance to become the leading new system and Sony has a chance to regain a market leadership position.”

“I expect the PS4 to slightly outsell the Xbox One, unless the latter receives a subsidy from an Internet service provider,” he said. “My guess is that Sony will sell around 12 million PS4s in 2014, and Microsoft will sell around 10 million Xbox Ones. The Wii U will probably sell six million at current prices, but will sell more if Nintendo cuts the price.”

Looking beyond those sales expectations, of all that has been reported of the upcoming generation, the Xbox One reputably seemed to generate the most headlines within the industry, but for all the wrong reasons. Microsoft’s intent to impose stricter DRM policies and connectivity mandates was met with harsh rebuttal from a large enough percentage of consumers that Microsoft was forced to reverse the decision – a real rarity in the games industry. Ever since, much deliberation has been bandied about as to whether or not the changes that the console proposed were truly to the benefit of gamers, or if backtracking cost Microsoft a visionary position.

The issue of used games

Used games are an interesting controversy. They certainly benefit some people; in addition to them being a popular benefit among gamers, video-game retailers (most notably, GameStop) have been known to profit significantly from trade-ins. As of 2012, it’s been estimated that the sales of used video-game products earn GameStop over double the margin (48.2 per cent) as from the sales of new video-game software (22.0 per cent). As a consequence, GameStop and other retailers have a mandate to, wherever possible, sell the used copy of the game rather than the new game.

This has been said to negatively impact the finances of publishers and developers alike. Used copies of games have been seen to be available at a discount on GameStop shelves as early as one week after release. Furthermore, with pre-owned purchases, all the proceeds are harvested directly by the retailer, with very little (or more often than not, nothing at all) going towards the publishers and developers in question.

Nevertheless, the analysts believe that restricting used games on consoles supposedly isn’t where the solution lies. NPD Group’s Callahan claimed the liberty of trade-ins for consumers stand as more than a mere privilege.

“Used games fuel purchasing of new games and restricting this can be viewed as anti-consumer,” Callahan said. “Consumers need to feel they can trade in games if they want (even if they do not end up doing so) in order to justify purchasing games that can cost upwards of $60 at launch.”

“Should restrictions be enforced, I would expect gamers to be more careful about what they purchase, possibly buying fewer games as they would not be able to recoup value from their purchases if they end up buying something they don’t want to keep.”

The resistance by consumers to the idea of used game restrictions is especially understandable given that current retail prices for video-games are unlikely to change as a result. “The initial $60 price point for most console games is a great source of profit for publishers as well. I don’t see lowering this price in the future,” Cole said.

The current $60 price tag on AAA games has critically instigated the practice of trade-ins and buying used games. Subsequently, many concerns are being expressed towards the escalating development budgets (as well as supplementary budgets, e.g. marketing campaigns) for such games. At present, it is estimated that top-tier franchises such as Battlefield and Assassin’s Creed are required to sell over eight million copies with each instalment to be considered profitable.

Alas, only a percentage of AAA games actually achieve the exposure they desperately need to hit these sales targets, despite all of them costing more or less the same amount of money to develop. Needless to say, the current state of AAA development is not wholly sustainable and is seen to be at risk of leading the industry into radical decline by many.

Callahan believes it will. “I have heard that development costs, though rising in this new generation, will not rise as much as in the previous. I don’t expect the contraction in the AAA games market to continue, I expect growth in the coming years with the launch of the new generation of consoles,” he said.

If anything, the only real contraction that we can expect to see in the upcoming generation is that of mid-tier development. Alongside consumers now being generally more risk-averse, resulting in a notably shrunken audience for niche or ‘B-grade’ titles, the console business itself has honed in on big-budget titles to gain an edge in the market. It would seem that now, if anything, is as opportune a moment as ever for AAA development to flourish.

“You are concerned [about AAA development] only if you don’t have the money. Those that can invest and know how to do it right are in a good position. So steps being taken equals bigger budgets for haves and more hand-wringing for the have-nots,” Cole said. “The rewards for success are enormous so money should continue to flow. It is the more modest projects that are being cut back.”

This is the end of Part 1 of a two-part feature for the site — be sure to stay tuned for Part 2. In the mean time, what are your thoughts on all that has been said above, including next-gen predictions, the argument on used games and concerns regarding the current state of AAA development?