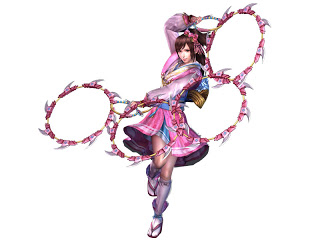 As anyone who has ever read Digitally Downloaded knows, I am a massive fan of Tecmo Koei’s Warriors series. What people might not realise is that of all that franchises’ games, the Samurai Warriors series is my personal favourite.

Those games quite literally inspired me to study Japanese history. Now I know a lot about it (who said games can’t have a positive impact on people?) and the more I know, the richer these games get. For all the on-field antics, Tecmo Koei’s historical accuracy in terms of the philosophies of the various games’ generals and accurate recreations of the general ebb and flow of the critical battles of the era has always had me in a nerdgasm.

Of those Samurai Warriors 2 Empires is the most exciting, as it contains some strategy/ empire building elements beyond the on-field action, but they’re all good. No word on a western release, so fingers crossed.

Until then, we do recommend you take a look at Dynasty Warriors Next on the Vita if you haven’t already. For a launch title, it’s still one of the Vita’s finest.

Trailer: Ratchet & Clank: Into the Nexus