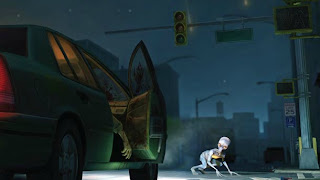 Ladies and Gentlemen, here is the moment we will know for certain whether iOS gaming really can offer premium experiences at premium price points, or whether the freemium and $0.99 app is really all iOS gamers are willing to shell out for.

The rather brilliant XCom releases this week (June 20) on iPads and iPhones for AUS$20.99. Yep, this game is going to cost roughly 20 times as much as the other stuff that tends to light up the charts.

Square Enix has released some of its back catalogue for similar prices, and there is of course Baldur’s Gate and Knights of the Old Republic also there for premium, but this is the first time that a big-budget new game is going to be released on to the app store.

It’s going to be interesting to see. I am, of course, expecting plenty of “it costs too much!” comments, and even more “without buttons a turn-based tactics game just can’t work,” but we have our fingers crossed that there are some rational voices out there that also realise that this is a momentous achievement for iOS gaming.