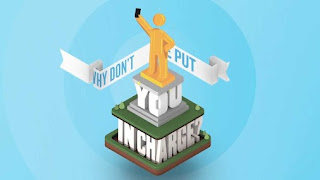 Gamification. Here’s a word that will send shivers of fear down the back of anyone that hates marketing buzzwords. For gamification is the buzzword of the games industry at the moment.

What is it? Simply put it’s the idea of taking something that is anything but a game, like education or that work thing that we do when we’re not playing games, and applying game elements to it to enhance the experience and get better results out of the people that are doing the work. It’s not a new idea – I remember that as a child my parents had a system where I would get points for my chores and so forth, and I would get rewards based on the points I earned. It might not be a new idea, but it’s one that’s getting a lot of steam at the moment because it is proving to be successful.

So why is gamification so successful? I’m no psychologist but I think it’s pretty obvious – people are actively engaged when playing a game, and therefore they are going to be more focused on the message being relayed to them.

And that’s what Leo Burnett and developer, Millipede, are banking on with Run That Town, a free little game available for Australians to download onto their iPhones that aims to educate as much as entertain.

I’ve been playing around with it for a couple of weeks now, and it’s actually a very neat little game. Players take on the role of urban planner in any part of Australia they would like to. It’s broken down by postcode, so I was able to set up virtual shop in my hometown, and from there you’re presented with a series of possible public works construction projects to either green light or reject. Green light a project that only a minority of locals would get anything out of, and your approval rating goes down. Turn down something that the majority need? You’ll be facing polls worse that Julia Gillard’s (hah! Australian joke for Australian readers, there).

See, educational! Playing Run That Town you get a sense of the social issues facing the area, and perhaps even come to understand some of the public projects that are happening in your area in the real world.

So fascinated was I about this whole project that I tracked down both the agency (Leo Burnett) and game developer (Millipede) to have a chat with them about what inspired the game, and their views on the value of gamification. 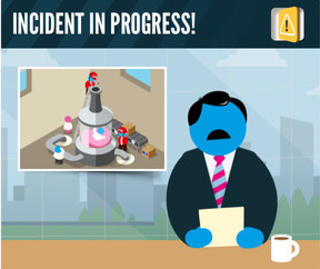 Digitally Downloaded (DD): What inspired the development of Run That Town, and what are you hoping to achieve with it?
Leo Burnett’s Zaid Al-Asady (ZA): Run That Town was first inspired by a conversation we had with the ABS, where they suggested mobile devices might be an interesting way to get people to explore the Census data of their own local areas. We also knew that while the data is often used to help guide important planning and infrastructure decisions, most people don’t find themselves in those kinds of decision-making roles. But with a game we could put players in that role, and let them discover the importance of the data for themselves.

While the game itself is a fairly light-hearted experience, we think it will give people a unique perspective of their own local area, and help them realise that these statistics are more than just numbers, and that Census data can be hugely important.

DD: As ‘edutainment’, what value do you see games offering organisations such as the Bureau of Statistics?
ZA: It’s hard enough to hold people’s attention in this day and age, but when you have a subject like statistics, you really need to fight for it. With Run That Town we could give people an experience they would want to spend time with, and still have the Census data as a key part of that experience. Games like Run That Town can give organisations a different way of getting people to engage with subjects that might not even be on their radar.

DD: How is the process different when developing gamification applications, as opposed to more conventional games, and what challenges does that put on the development team?
ZA: Ultimately if a project like this isn’t a fun, engaging game first and foremost, the player won’t want to spend any time with it. So our biggest challenge was making sure that the data was tightly wound into the gameplay without affecting the playability of the game. We had to find the right balance between statistics we could use, projects that could rely on that information (even in a tongue in cheek fashion), and demographic groups that might be for or against those projects. This involved a lot of time spent in spreadsheets, looking for the most interesting demographics that would give us reasonable amounts of variation between suburbs.

DD: We’ve seen games become a part of education, business and even news reporting with the newsgames genre. What is it about games that helps people engage with things that are not typically associated with entertainment?
ZA: The great thing about games is that they get you actively involved in a subject. Instead of reading or watching content, you’re put at the centre of the experience. Concepts become more tangible. You learn by doing – play can be a powerful teaching tool. You can make mistakes, just to see what will happen. And you can have fun while you’re doing all of this.

DD: What games are you playing at the moment?
ZA: Unique art styles seem to be a bit of a theme at the moment – a quick poll of the team lists everything from Guacamelee to indie point-and-clicker Kentucky Route Zero. And a ton of mobile games, with minimalist puzzlers like Dots and Hundreds getting a bit of a work out – and there’s always a bit of love in the office for Toybox. 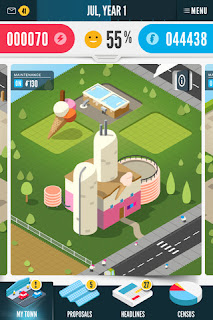 DD: Millipede has a developed a massive range of games – some of them are highly experimental. What would you say are the key drivers of your development process?
Millipede Creative Development’s Wil Monte (WM): I know it’s cliched, but we really strive for quality, polish and detail. There features in our games that sometimes probably only get noticed by 5 per cent of our player base, but even if someone glances over something it can still contribute to the overall feel and atmosphere of the game. If one was to take a deliberate look at all the tiny nuances in our games, they’ll learn a lot about Millipede – especially our humour… which is often a touch puerile. Humour is a huge component of our dev process. We love what we do, and we love it even more when we are laughing. Even the most serious of settings has room for a few jokes.

DD: You’ve done work for government departments other than the ABS/Leo Burnett – such as the Navy with Navy Sink ‘Em. Do you see further opportunities to work with other departments, and what benefits do you think they see in these games?
WM: Definitely. Games are such a fantastic way to teach as they maintain user engagement. People often switch off when they are being ‘told’ information. However, if they are actively involved in the learning process and using their learnings immediately in a fun and competitive environment, they are much more likely to retain the information. Also, good games will encourage repeat play. I don’t think I’ve ever heard a worker say ‘I loved that OH&S module so much, I’m going to do it again’… wrap that information into a decent game and they won’t even hesitate to give it another try. Run That Town is a perfect example of this. The game helps people understand how Census data is used and to think about how it can affect them and the area they live in, by putting them in charge. Tens of thousands of people are playing for very long stints at a time and playing through multiple times. You will never get that level of engagement from a brochure.

DD: You specialise in mobile development – why choose that format for your games and other projects?
WM: Mobile is just a fantastic platform to develop for. The hardware is amazing and the reach is huge. People are never without their phone these days, therefore they are carrying our work with them and accessing it wherever they are, whenever they like. They aren’t bound to the game console or desktop computer, requiring very deliberate play sessions. People get instant gratification through their mobile. It’s great fun to design games to suit not only the platform, but this type of player behaviour too.

DD: What games are you playing at the moment?
WM: I played Slender – the Arrival, the other night and nearly wet myself. Console, I’m about to sit down with BioShock Infinite and on mobile I’m cleaning up the streets in Vigilante: Speak for the Dead.