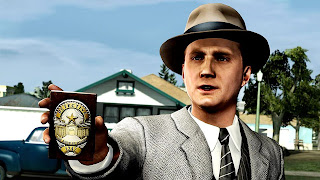 The Australian Bureau of Statistics has released some raw statistics regarding the games industry that shows that the industry is in a horrific state of decline.

For the 2011-2012 financial year there were just 581 people employed in games development in Australia. Of that number, just 51 of them are women. In 2007, the last time this kind of data was released, the number was 1,431. Yep, that’s right. In a little over half a decade the Australian games industry is about a third of what it once was.

What is more impressive that in that same time 245 games were made – that’s almost a game for every two developers. 188 of them were mobile games (and therefore probably were made by one or two developers), 14 were made for consoles and 27 were PC games.

Australia has never been the most supportive of nations for creative industries, but this is a poor showing even when compared to the local film and arts industries. And sure these numbers won’t take into account the numbers of people making games as hobbies, but a healthy creative industry needs for people to be able to making a living from their work too. The numbers here suggest that is near-impossible in Australia now.

There’s an economic impact here that the Australian Government should pay really close attention to; the Australian games industry pulls in between $1.5-$2 billion/ year at the moment, and the local industry is currently only generating $89 million worldwide (also down from the last 2006-2007 report which was $137 million). This means the vast bulk of money that Australians are spending on a multi-billion and increasingly culturally important industry is going into supporting offshore businesses.

It’s especially disappointing to see the Australian scene shrink so much because we have been responsible for some truly great moments in game development. Unless the various State and Federal Governments can finally get around to recognising game development as an art form, and supply better associated tax benefits and public funding for supporting it, then our talented developers will continue to be driven overseas, and our proud heritage in the form will all-but disappear.

In the mean time, everyone make sure you go out and purchase a copy of that upcoming Ashes Cricket game to support one of the few local console developers left.