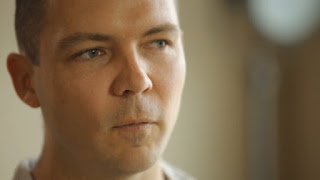 In reflection, it still surprises me to think that the philosophical thinker and independent developer, Jonathan Blow, played a major hand in Sony’s unveiling conference for the PlayStation 4.

His confident quip “how am I going to follow up all of those explosions?”, as he walked onto the stage and into the spotlight to show off his upcoming open-world puzzle game, The Witness, has seemed to reverberate throughout the industry in the following months, because Blow’s time onstage was one of the highlights of the showing – the indie market is truly become a major player in the gaming industry.

Shortly after this conference, we at Digitally Downloaded had the pleasure of sitting down with Jonathan Blow to talk a little bit more about the conference and The Witness, which you can read here. Today we want to turn your eyes to the video below, which is a new Conversations with Creators video that has recently emerged on the PlayStation Blog, featuring none other than the man behind The Witness himself.

In this video, Blow speaks to the positive nature of the freedoms that are presented to him by simply being an independent developer and how these freedoms open up new possibilities for him and his team in the development processes for The Witness. He states that the two key privileges that positively reinforce his team are: 1) “get to decide what you want to do” and 2) “with that independence that we have, we also have the freedom to not have to make a huge profit if we don’t need to.”


Of course, Blow wants to make a profit with The Witness, but what he is specifically speaking to here is that he doesn’t need to make “X” million of dollars or sell “X” number of copies to deem The Witness successful. While this is my opinion, I would like to think that if Blow finds that people are truly enjoying The Witness and digging deep into it to explore the philosophical mysteries and treasures that are buried within it, that he would most likely deem his title a “success,” regardless of its sales numbers. When you stop and think about the expectations of, say, the next Uncharted or Halo titles, you will see how the two markets can be near polar opposites in some aspects.

Being independent allows Blow and his team to, in his own words, “make the best possible game that we can make, that brings the most beneficial experience to the players.” Those are strong words, that speak volumes to both the positives and negatives within today’s gaming industry as a whole.

You can find the full article at the PlayStation Blog, which we recommend doing so.