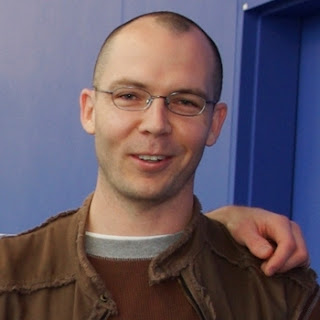 Jonathan Blow is an indie and arthouse game developer that has found himself thrust right into the middle of the attention of the general game community. The brain behind the almighty Braid was a surprise addition to Sony’s PlayStation 4 unveiling, flying the flag for what Sony hopes gamers consider a developer-friendly platform that even the smallest of developers is able to participate in.

Blow used his moment in the limelight to show off The Witness, an open-world puzzle game with a trademark visual style and a unique logic and philosophy behind it. Players will be let loose to play the game as they like, with minimal guidance from the game itself, and that’s the point; Blow wants players to think for themselves and it’s something that he believes is a rarity in the mainstream games industry.

Ever critical of the mainstream games industry, Blow saw fit to take a crack at the games industry during his time on-stage at the PlayStation 4 show with the quip; “how am I going to follow up all those explosions?” When he sat down to spend some time interviewing with Digitally Downloaded to talk about his time on stage and his views on the broader games industry, he was equally short and pointed – this is a man that doesn’t mind being blunt.

“I really don’t know what motivates Sony! I am a little surprised that we got to be in the show, but hey, it was an interesting experience, and a lot of people seem to have positive reactions to the game,” he said to us when we asked him what prompted Sony to invite him to present. In and amongst all of the explosions it was refreshing to see that Sony is supporting different approaches to making games, even if the presentation of The Witness is a little out of place. “I often don’t like games where you are just going through a linear sequence of motions,” Blow said. “Usually this prevents the player from being smarter or more creative than the median player. Nonlinearity lets a player do what suits his mood, and lets the game adapt itself to the skill and mindset of the player.”

A very different approach to what we can expect from Killzone and Call of Duty.

Yes, Blow is well-known for being blunt, to the point and unafraid of controversy. And yet, for all the difficulty in interviewing him at times, Jonathan Blow is an important man. He’s one of the few independent and truly artistic developers that is capable of pulling an audience large enough to push the case that games can be backed by the ideas and philosophy of an artist. 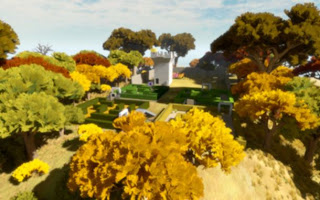 And most critically of all, he has a refreshingly different attitude towards the entire games industry. Here at Digitally Downloaded, we typically ask the people we interview for their insights into where they believe the games industry is heading. Blow had no issue whatsoever in telling us what he thought of the idea of forward thinking: “Almost always, people who try to predict the future are wrong,” he said. “Given that we don’t understand the nature of time, it may not even be that the future is the kind of thing that we think it is… at which point it seems inappropriate to make prognostications like this unless we have a clear reason to do so.”

It’s the kind of response you would expect from someone who spends a lot of time in universities and considering the philosophies behind game development. And yet, though he is undeniably an artist, Blow also has little patience for the debate as to whether games are art or not, nor arguments over design philosophy and creativity. “I am not that interested in the ‘games as art’ thing because it is a silly discussion. Usually it’s just an irrational argument where both sides argue clumsily and don’t notice that the entire reason an argument is happening is because everyone has a different idea of what ‘art’ means, so people are talking past each other,” he said.

“We aim to make games that are interesting and meaningful to people. That is all. It is pretty simple really.”

Does that mean that Blow believes games are not art? No. It merely means that he allows the games to speak for themselves. If a game resonates with the community in a meaningful way and becomes something that people take seriously and analyse, then it is art. If not, then it isn’t.

Blow’s disdain for the blockbuster game model which we see in his aforementioned quip at the “explosions” at show at the Sony PlayStation 4 reveal is perhaps a suggestion that he doesn’t have much hope that meaningful games will gain much traction with the mainstream, though he does have a firm belief that there is enough of a market for the kinds of cerebral experiences he builds. “There are a lot of people out there who want to use their minds. If you give them the opportunity to do so, they might,” he said.

One thing is clear, though, and Blow pulls no punches here; the state of games education needs a great deal of work before it is, in his view, adequate: “I think almost all college-level academic programs purporting to teach games are so bad they are basically unethical. There are some good apples out there but they are just a few in a big smelly bin of rotten apples. So I guess it can only improve from here!”

Drakengard 3? I have just died and gone to heaven?