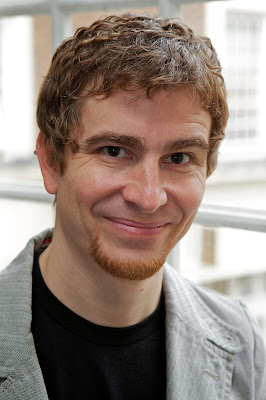 Bossa Studios is one of the more creative independent developers to emerge out of the UK in recent years. Most recently its has been lighting up the indie scene with the brilliantly-comical Surgeon Simulator 2013, and it was an innovator in that it is one of the early adopters when it comes to developing titles for the Ouya game platform.

We had the opportunity to sit down with the head of Bossa Studios, Henrique Olifiers, to have a chat about what it’s like to run a progressive developer that actively takes risks, how the team generates the ideas for its eclectic range of releases, and where he sees the team studio going in the future.

Surprise, surprise, mobile is where it’s at…

Digitally Downloaded (DD): What are your priorities for the next 12-18 months?
Henrique Olifiers (HO): As a fast-moving social games studio, we don’t work to a long-term roadmap. It’s just not viable in this era of unprecedented transition. But what I can tell you is that we will be focusing on tablets generally as the format of choice, and – this will not come as a surprise – a few amazing updates for Surgeon Simulator 2013 (which we will be announcing soon!)

DD: What inspired Surgeon Simulator 2013?
HO: According to Tom, James, Jack and Luke (the four members of the Bossa team that made the original demo in 48 hours at the Global Game Jam) it was a combination of factors: The theme of the jam was “A Beating Heart”; they quickly came up with the idea of a bumbling surgeon, a heart surgery and a control method inspired by QWOP and Jurassic Park: Trespasser. Apparently the rest fell into place pretty fast from that point.

The decision to green light the game internally was entirely sealed by the astonishing reaction to the demo from the gamers and YouTube communities.

DD: Your games cover a wide range of genres and styles – how do you decide on which game projects you’d like to work on?
HO: Everyone in the Studio submits ideas, concepts, design documents. A small committee chooses which of these gets prototyped. Then everyone plays the prototypes and the most viable games soon emerge. On top of that we’ve got internal game jams that contribute to the stash of good playable prototypes we’re constantly evaluating.

DD: You’ve moved from Facebook games to Steam, and you’ve got an OUYA game in the works. What other platforms will you be looking to work on moving forwards, and why?
HO: Actually we have released on OUYA already, although it’s only Kickstarter-backers that have their machines today and can play. The game is called Deep Dungeons of Doom. It’s an 8-bit style dungeon crawler, with Roguelike elements and a kind of rhythmic gameplay that’s simple to play, but has great depth and charm. Deep Dungeons of Doom (or simply DDD) is now headed to iOS and Android in a few weeks.

Looking ahead, our focus will be tablets, with cross-gameplay with the PC. We believe this is the killer combination, the best way to play games in the future. However I am not going to rule out anything. Surgeon Simulator 2013 did not exist as an IP or even a concept four months ago; today it’s a best-seller on Steam. We will always keep our options open – as we did with Thomas Was Alone on the PSN and Vita.

DD: You’re a fair-sized independent developer at a time where financing is becoming challenging for game developers. How are you managing the risks involved in being a startup?
HO: Managing risk certainly isn’t simple, not least in these times of transition for the games industry as a whole – there are no sacred truths to latch to anymore. The trick is to spread risk and be honest about your mistakes, so you can turn things around fast and have another shot. For us it is fundamental to be able to fail quickly, so the costs of such a failure (both in cash and cost of opportunity) are contained, enabling us to change direction fast.

DD: What do you consider to be the most important things to focus on when building games?
HO: You got to focus on the end result from a player perspective. This sounds obvious, but it’s not so at all. During production it’s extremely easy to lose sight of that and keep on looking at the daily challenges, features, wish-lists and backlogs. Never lose sight of the final result, remembering it’s about the players and nothing else: if they have fun, your game will fly.

DD: How do you see the UK game development industry evolving?
HO: I have not seen the current breadth and velocity of change in this industry before and I think the rate of change will only accelerate in the near future. At the business end, clearly there are trends we can look to for guidance, e.g. digital revenues are now on par with bricks-and-mortar-retail and will keep on climbing, while Free-to-Play is king and so on. It’s probably safe to assume this trend will continue for a while – and with it, how developers organise themselves and the type of games they want to make. But you do not have to look back too far to see the skeletons of failed formats and dead business models. It’s about evolution and embracing change, resistance will be futile.

DD: How would you like to see Bossa Studios grow into the long term?
HO: As a developer of revolutionary, innovative games that stand out for their quality and fun factor. Our first game, Monstermind, won the BAFTA for Best Online Game. Our second release, Merlin: The Game, was nominated in the same category at this year’s BAFTA. Then came Surgeon Simulator 2013, and now we’re working on Deep Dungeons of Doom for iOS and Android as well as some new concepts. We have made some mistakes, but we are always learning. That’s part of the fun, right?

DD: What advice would you have for someone looking to start up their own game development studio?
HO: Everyone makes mistakes, but you need to do it fast, learn and move on. Plan your finances meticulously and be realistic with your projections. Organise yourself carefully, but be open and flexible. Opportunities can come from anywhere. To paraphrase a famous business cliché: fail as quickly as you can, succeed as quickly as you can’t afford not to.

Work on something small, to a very high level of polish and quality, rather than spread your resources thinly across ambitious projects. Aim to have a game out within six months of starting it, and make sure you get feedback from players all the time.

DD: Finally, what games are you playing at the moment?
HO: We have been playing a little Artemis in the office after hours. I take the role of Science Officer. It’s a great collaborative experience. Leo, our Lead Client Developer, always insists on being Captain!

I’m also spending a lot of time on Don’t Starve, can’t have enough of Faster Than Light (still!), and I’m eagerly awaiting Darkwood. It’s a great time to enjoy games, thanks to the indies. Looking back at the grim state we were some five years ago, when all the games were kind of the same, this is gaming nirvana.