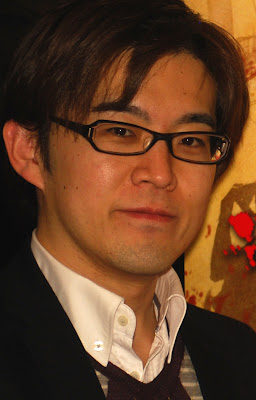 Yosuke Hayashi has had the ultimate trial by fire. Taking over one of the most popular game development teams within the Tecmo Koei group from Tomonobu Itagaki – that’s Team Ninja for the uninitiated – was always going to be a challenging mission.

Itagaki is, after all, one of the most dominant personalities in the Japanese games industry. The modern Ninja Gaiden was his brain child. The girls of Dead or Alive were his personal swimsuit calendar material. It must have been difficult for Hayashi to take over and put his personal stamp on these near-iconic Itagaki games. And this challenge would have been compounded considering that Itagaki left Team Ninja at a very challenging point in its history. He was, after all, suing Tecmo Koei.

The first Team Ninja games that Hayashi had complete control over seemed a to suffer from this internal stress. Early titles such as Metroid: Other M, and especially Ninja Gaiden 3 were not popular games with the critics or the faithful when released. It’s a testament to the humility of Hayashi that he would then go back when able to remake substantial parts of Ninja Gaiden 3 for a second release; a far better-received title in Ninja Gaiden: Razor’s Edge.

“After attempting some new challenges for Ninja Gaiden 3, we received positive feedback from new fans but the longtime supporters of the series gave us some harsh criticisms about the game.” Hayashi said. “For that reason, we wanted to create a game that the longtime supporters would enjoy. And for Ninja Gaiden 3: Razor’s Edge, we have received positive feedback from many of these fans.”

Now Team Ninja appears to have righted the ship from that initial misstep and is again smoothly sailing with all of its subsequent games receiving solid critical and commercial praise. That said, it is now on a slightly different course. Hayashi has a distinctly different vision for his games, and we saw this with Dead or Alive 5, with its more human characters doing away with the plastic doll aesthetic.

As with any creative change (especially, it seems, in the games industry where fans are fond of getting upset over any kind of character redesign), there were criticisms of the initial redesign of Dead or Alive 5. Of all things, this time it was the size of the female character’s breasts. Following the downloadable demo release of DoA 5, there was a minor online uproar that the girl’s chests were were, well, too small. Here too, Hayashi listened to the fans, who insisted that the female character’s breast sizes be increased. By the time Dead or Alive 5 shipped, its assets were as large as ever. The PlayStation Vita port of Dead or Alive 5 even included the option to do away with the human-like physics that Hayashi introduced in favour of the ridiculously over-the-top physics of previous games in the series.

Despite this willingness to work on games to suit the fans, Team Ninja under Hayashi is a group that is confident in developing games according to its own elegant creative process and based on what it thinks will give players something unique to play, rather than simply homogenising the experience in an attempt to make a game that will be all things to all fans. “Our process involves summarising the game concept onto a single sheet of paper, and then the staff uses it to expand on the overall game design,” Hayashi said. “The most important thing in game development is that the development team members themselves truly believe from the bottom of their hearts that the game they are creating is exciting, and use that passion to drive development.”

‘Games are entertainment, if they have artistry it’s a bonus’

With the debate about whether games have artistic merit continuing to dominate many conversations around the direction of the games industry, Hayashi firmly insists that he is not interested in being considered an artist.

“I’m not interested in leaving an artistic legacy,” he said. “Having people right here, right now enjoy our games – that means everything. It’s the best thing for us and for the game itself.”

Hayashi does want his games to be memorable and achieve a longevity in providing entertainment to players well into the future, however he is not interested in having those games be associated with his own personal legacy. “I’m not interested in having people remember me personally. If future generations continue to play these games, there’s nothing more that can make me happier,” Hayashi said. “For Team Ninja, our goal is not to just have people say ‘they used to make great games’ and talk about us in the past tense, but for people to say ‘This game is amazing!’ and always refer to us in the present tense, so we will continue as a team to put all our energy and effort into everything we do.”

There is the sense that Hayashi thinks about his games on a deeper level than he is willing to admit in this interview, however. Even if it was an unconscious decision, a game like Ninja Gaiden 3 (and Razor’s Edge) demonstrates a remarkable grasp for the poetry of movement. Much like a Chinese wireframe martial arts movie, or a ballet, Hayashi’s games all have a consistent theme to them; they are marked appreciate for the impact and artistry of dance.

An inbuilt sense of aesthetic, or a conscious development direction? Hayashi believes its the latter, and indeed says that it is a sense that is ingrained within the Japanese culture. “It’s not something we are particularly conscious about,” Hayashi claims. “In the Japanese culture, ‘kankyu,’ which translates to “tempo” or the balance of fast and slow, is valued; judo is a perfect example of this. I think it’s just something that is ingrained in us.”

With the promise that he will continue to push game development boundaries where he can, Hayashi remains one of the most exciting studio heads in the Japanese game development space. He acknowledges that Team Ninja’s games may remain controversial and very ‘Japansese’, but he is firmly committed to giving players unique and entertaining games.

“I don’t think it would ever balance out,” Hayashi said on the potential for his game’s excess of violence and sexuality to offend. “There is diversity from all the various countries and regions, and that’s what makes the world interesting. If the market were to balance out, then we’d be left with games that are never edgy. Candy Crush Saga is an excellent game, but if all games were like that it would be boring.”

To finish on a completely personal note, when I asked Hayashi about the potential for a new Dead or Alive Beach Volleyball game (surely the perfect way to show off the power of the PlayStation 4 if there ever was one), his response was a little saddening:

“I’ve been hearing that there isn’t much of a demand for the DOAX series at the moment. But if the fans have a strong desire to see it, we’d love to hear those thoughts directed to our official Twitter account @TeamNINJAStudio.”

Ragnarok Odyssey Ace – a trailer and a few new screenshots