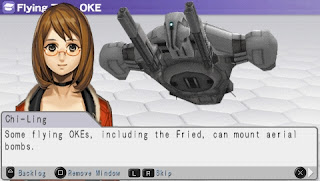 Though the degree of implementation has varied, customisation has been an integral part of gaming for several generations now. Our own Nick H. recently discussed the merits of creations tools and the potential for said utilities to extend a game’s life.

What is less common, however, is a title that mandates this ingenuity for basic plot progression. The Natsume-published Carnage Heart EXA seeks a level of devotion that will be off-putting to newcomers but strangely rewarding for those willing to study its intricacies.

In case the not-so-informative title vexes you, this one’s all about piloting robots referred to as Overkill Machines (OKEs for short). Your universal goal is to destroy all the enemies in any given map, but how you get there is truly the game’s nucleus. Carnage Heart EXA has all the physical customisation you’d expect of such a title but takes things a step further with programming.
Indeed, your base OKE is but a hollow shell and you’ll need to implement every single function from the mundane ability to walk forward to the more advanced lock-on gun. Programming is performed by placing chips onto a grid and linking them in a rather specific manner akin to a flowchart. If one chip is off, the whole integrity of the OKE could be compromised and your malfunctioning bot will meet its untimely end. It’s all very cold and technical, so it’s not going to enthral the eager, trigger-happy shooter crowd. 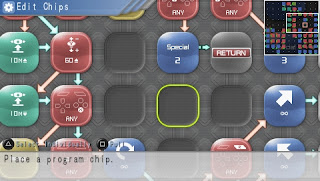 Thankfully, you’re finally given some free reign partway through the tutorial to buy items and square off against fellow mechs in the arena. Things also get more enticing when you progress enough to engage in three way battles with OKEs of your own design. Just in case there weren’t enough variables already, you can choose between a team of fully automated OKEs and one with a manually controlled leader.
If you’ve played any of the older entries in the Carnage Heart series, it should be noted that this is the first game where you can freely alternate between autopilot and manually operated OKEs. That said, both of these options are somewhat daunting to get started with. Considering the enemy’s artificial intelligence and how many variables are thrown at you at once, it’s debatable which control scheme is easier to use. Even in the manual operation mode you’re going to need more functions than the PSP has buttons, thus necessitating an element of automation regardless.
Though the game makes a valiant effort to introduce all of its elements one by one by blurring the line between tutorial and story mode, some players will inevitably grow tired before the game is able to hit its stride. There is a clear amount of plot progression thrown in to keep things from getting dull, but the less devoted crowd is going to feel overwhelmed by the incessant barrage of informational speech.
To EXA’s credit, the narrative itself is surprisingly engrossing when you consider the typical genre fare. You take on the dual roles of a troubled wheelchair-bound individual named Kyle and his talented instructor, Chi Ling. Without spilling all the beans, there’s a great deal of foreshadowing regarding Kyle’s past and his ultimate goal in learning how to use the Overkill Engines. Though admittedly archetypal on occasion, the plot provides sufficient intrigue to keep you pressing onward through EXA’s gratuitous lessons. 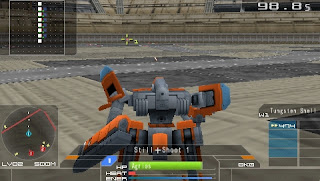 Once you’ve completed the tutorial chapters, the game’s underlying structure surfaces. You’ll send your squadrons into combat, get destroyed, and then go back to the drawing board with new designs built to apprehend your increasingly clever adversaries. The developers have reduced monotony with the ability to store bountiful loads of OKEs for different purposes, though, so this process is never too gruelling. So long as you’re observant, you’ll be able to estimate which parts on which type of OKE you need and what control option is ideal.
A small but vocal crowd has seemingly dismissed EXA on the basis of its $29.99 USD price tag. While that does seem hefty for a downloadable game on an aging console with infrequent releases, there’s more than enough content here to justify a purchase. Instead, your concern should be whether or not you can tolerate programming bots repeatedly and ironing out all of their kinks.
You might be able to squeeze by the programming aspect if you frequently switch between the game’s “example solution” options, but doing so both limits you and deprives you of the experience. If you can learn to appreciate the art of manufacturing both versatile and focused machines, however, it’s realistic to expect more than 50 hours. I can’t overstate how many variables there are from the innumerable weapons and their subtypes to the diverse base vehicles and programming chips. 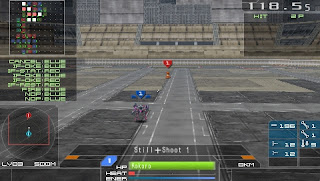 With so much material to work with, it’s logical that Artdink included an ensemble of multiplayer options. In the very likely scenario that you can’t find a partner locally, the online options should suffice (despite the restriction on using only automated OKEs). This mode makes the countless hours spent designing your robots seem warranted since you can test your programming mettle in the most legitimate fashion.
Carnage Heart probably won’t win any awards for outstanding visual design. Though forgivable on a technical level, the three way battles often end up bogged down by lag. A good deal of the action takes place on the rather ambitious HUD anyway. Just like the rest of the game, the HUD is introduced piece by piece, but that doesn’t mean a novice will grasp it too well.
Carnage Heart EXA’s steep learning curve means it is resigned to be a fairly niche title, but it absolutely has a place in the libraries of persistent players. If you care to dip your toe in the world of robot programming and design, just know that the extent of EXA’s possible gratification is based on your devotion to learning.