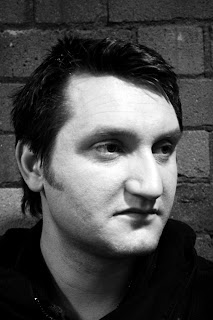 Games can be about more than simple entertainment. There is a growing group of developers and creative people who are interested in using the massive audience that the games industry now has to enact positive change and challenge players on an intellectual level, rather than provide passive fun.

These games might never be blockbusters like Call of Duty, but in the long term these are going to be critical to the games industry’s legitimacy as an art form or means of expression; much like how independent films might have a fraction of the budget of a film like Transformers, but those independent films are where the real depth of the industry is to be found.

There’s an organisation focused entirely on these games. Called Games for Change, a quick visit to the website provides a brilliant resource for anyone who wants to be inspired and challenged by the games they play.

One game that you’ll find on the site is Endgame: Syria, which should be self-explanatory. This newsgame is part of an emerging genre – games developed to act as much like journalism as a game. Despite its value as news and its political value it has not had an easy life – Apple barred its release on to the App store until all of its reference to the real world has been removed.

Which naturally took most of the point out of the game, and demonstrates that Apple, at least, believes that games shouldn’t have a real message behind them.

We spoke to the man behind Endgame: Syria, Tomas Rawlings, about the game and his insights into newgames.

Digitally Downloaded (DD): With Endgame: Syria completed, what are your next goals for the next 12 months?
Tomas Rawlings (TR): Next is the game we’re working on about the war on drugs in Mexico – but after that, who knows? That’s one of the fun things about making newsgames so rapidly is that you don’t know what topic will grab you next. If people want to stay in the loop, then the project is on Facebook and Twitter.

DD: What are you hoping to achieve with Endgame: Syria?
TR: We want to engage people with the real world via games. So for example we can explore things such as the many outcomes of the event via a game because it is a non-linear form. This sort of interaction makes games a form with something to offer our understanding of the real world.

DD: How receptive do you think people are to the idea that games can be used as a vehicle to enact social or political change?
TR: Games are a medium gamers use to understand the world around us. One study found for example that 53 per cent of gamers report using games as a means to think about moral questions. I would argue games already have messages encoded into them, we’re just a little more up-front about it all. 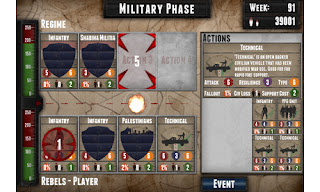 DD: Games still need to be entertaining to encourage people to play them. How do you balance the desire to convey a serious message with player’s desire to be entertained?
TR: It can be tough, but just as a journalist’s job is in part of make what matters, interesting – so a newsgame designer must make news engaging. Sometimes we can play around with this idea, so My Cotton Picking Life is deliberately designed to be dull, as that is how it makes its point where as Cow Crusher is the opposite – arcade view reflecting on a story rather than making a point.

DD: What are your thoughts regarding Apple’s policies towards socially or politically-motivated games?
TR: I’d like to see them re-visit the App Store guidelines – I get why they are there, but games should be treated the same as books. It is not about the medium you use, but what you use it for.

DD: With the other major publisher platforms and consoles also sensitive towards overly political material, is it a concern for you that these kinds of games will never get the mass exposure they need to enact change?
TR: I think because there are more and more people who are gamers and see games as a medium for understanding the world around us, the use of games for this sort of area will grow – without or without mainstream support. Games are now a primary medium, and people need to get used to that.

DD: How did your association with Games for Change come about?
TR: We exchanged emails after Endgame:Syria came out and they asked if we wanted to write an article for them – which I did  – then we got an email from them saying the game had been listed as a ‘game for change’ which was a great honour.

DD: Do you think there is room to make these kinds of games commercialised to the extent that they can support a full-time development studio? Why/ why not?
TR: It’s early days for newsgames as a form. But as newspapers go from paper to tablet, the question that naturally follows is why not make that news experience take advantage of the interactivity the platform offers? Newsgames are one means to make that content richer.

DD: What other issues would you like to tackle through game development?
TR: I’m personally really interested in energy generation and climate, also on the advances in military technology – so I’m keen to explore those. I’d also like to make some more personal reportage as games too.

DD: Finally, what games are you playing at the moment?
TR: The new XCom – great fun. The Organ Trail, which I love and FTL is great fun too. Too many good games, too few time!

The weekly discussion: Game franchises you would like to see rise from the grave

Review: Injustice: Gods Among Us (iPhone)