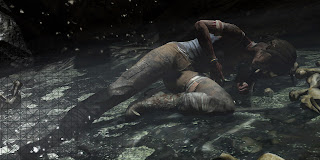 Following yesterday’s revelation that Square Enix’s CEO is stepping down and the company is reporting very disappointing results comes the revelation that the critical darling, Tomb Raider, has crashed and burned as a commercial venture.

The sales numbers look great, of course – Square Enix is expecting to sell 3.4 million units worldwide, but given the cost of actually making the game, this still manages to be disappointing.

Hitman ( expecting 3.6 million) and Sleeping Dogs (expecting 1.75 million) also failed to meet their goals for Square Enix, with Develop quoting the company as saying “the North America sales force in particular was “ineffective”, making up just two thirds of the number of units sold in Europe.”

This follows on the news that Dead Space 3 had some incredibly high minimum sales targets to meet… and then failed to do so.

It’s easy to pass this off as poor management and unrealistic expectations, and to an extent it is, but by the same token in the AAA-development space, where organisations need to compete with the likes of Call of Duty and Assassin’s Creed to gain market mindshare, publishers largely have their hands tied.

In other words, Tomb Raider had to be this expensive to produce. Any less and it would have compared poorly amongst the other blockbusters that have already been released this year – Bioshock Infinite, Dead Space 3 and Gears of War Judgement for instance.

Tomb Raider should have met targets. This is a game from a long-established and very valuable IP. It had the reviews to back it up as a must-have game. It had a massive marketing budget. What does it mean that it failed, and that a new IP in Sleeping Dogs failed so badly? I think gamers can kiss goodbye to any hope that the next generation will bring a new wave of AAA-grade new IP and creativity.

The expectation is that the costs of development will rise in the next generation. Some believe it will only rise a small amount, but no one is suggesting it’s going to get any cheaper. There is just not going to be any room to take any risks on the kinds of margins that these games are developed on.