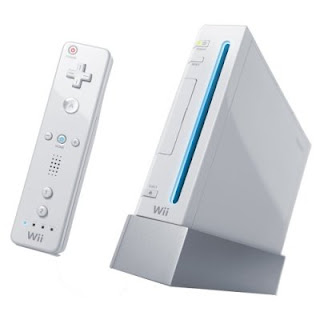 So if you’re looking to catch up on some classics on your Wii, or even your Wii U, here’s ten games to look into that you may well have not had the opportunity to play before:

10. Okami – Capcom keeps giving this brilliant franchise chance after chance. And it keeps failing to sell. The Wii was the first attempt to make something special, and indeed it is. Gorgeous visuals, compelling gameplay and some of the finest characters you’ll experience on the Wii. Great use of the Wii’s controls makes this our favourite version, too.

9. Rune Factory Frontier – I love Rune Factory. It manages to combine the peaceful ambience of the Harvest Moon farming, fishing and relationship building with some simple but addictive dungeon crawling. On paper it sounds like it could never work. And yet, work it does. Everyone I know who has this underrated classic has spent literally dozens of hours playing it.

8. Valhalla Knights: Elder Saga – This is likely to be the single most obscure game on this Friday 10s. And yet, as much as it was revilled by the critical community (and not unfairly, I will freely admit this game has faults), I was addicted to this game. The gritty tone, the significant challenge and the interesting dungeon designs had me play through this game not once, but twice. For the really hardcore JRPG fans, here’s one you might be pleasantly surprised by.

7. Harvest Moon Tree of Tranquility – There were a few Harvest Moon games released on the Wii, but to me this one is the finest. It felt completely aimless – there was a plot, but there was no compulstion to actually play it through. The real fun for this game is to simply watch the days go by, tending crops and raising livestock. It’s like Farmville, but interesting. 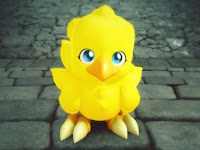 6. Final Fantasy Fables: Chocobo’s Dungeon – The Wii might not have seen a “proper” Final Fantasy game, but here’s a little secret – I spend more time playing this game than Final Fantasy XIII and XIII-2 combined. Chocobo Dungeon was simple and honest dungeon crawler but boy was it charming. There was a nice touch of challenge to it, and a simple collectible card game to play online to further enhance its value. I would love to see a HD sequel on the Wii U. 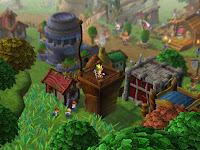 5. Little King’s Story – Forget Pikmin (well, don’t, but bear with me here). Little King’s Story took a similar concept and dressed it up with some amazingly charming features, such as a classical music soundtrack and that visual style. There’s a lot of content in this game, and it was tragically overlooked when  it was released. There is nothing quite like watching your town of soldiers, craftsman and random lazy do-nothings grow as you beat up on demon cows. Pick it up.

4. Anno: Create A New World – Consoles are not the ideal platform for strategy games, but Anno is the exception to the rule. This port of the popular PC franchise introduces an amusing story mode, but mostly just focuses on providing some rock-solid city-building strategy/ simulation gameplay. This is the kind of game that you can drown hours in just playing with different strategies or setting yourself personal challenges for the endless mode.

3. A Boy and his Blob – This game has a hug button. It doesn’t do anything at all. It’s just a hug button. It’s so important because it sets the tone for this utterly delightful and charming puzzle/ platformer. Underneath that happy surface is a game with some bite though – veteran gamers will love the challenge that the later levels of this title offer up. An added incentive for 2D afficinados – this game was made by a certain Wayforward. For anyone who recognises that name, that is probably recommendation enough.

2. Broken Sword: Shadow of the Templars – Of all the point-and-click adventure games ever made, Broken Sword is one of the finest. So it’s unfortuante that the Wii game didn’t make a bigger splash. A truly wonderful art style combined with some truly mind-bending puzzles to make a game that was incredibly rewarding and the intreguing story made this worth replaying more than once.

1. Fragile Dreams: Farewell Ruins of the Moon – Of all the Wii games this is the single most overlooked game. The gameplay itself is middling, no one can deny that. But the plot… oh the plot. Fragile Dreams has the most heartfelt, bittersweet stories I’ve ever experienced. It’s one of those rare occasions where a game that doesn’t compete with the AAA-titles out there is still worth playing solely to experience a story that is genuinely magical.

So what are some of your hidden gem Wii games you would like to recommend?